Kabul: The Ministry of Interior announced on Thursday that Mohammad Dawood Laghmani, the governor of Ghazni province, has been detained by the ministry’s internal security forces.

On Thursday morning, a reliable source in the Ghazni Police headquarter confirmed that the Taliban had entered Ghazni with the “agreement” of Laghmani and Fazl Ahmad Shirzad, the provincial police commander. He added that the Taliban have now taken control of all parts of Ghazni city.

However, the Ministry of Interior announced that Fazl Ahmad Shirzad was in Ghazni and had not left the province. Zabihullah Mujahid, a Taliban spokesman, also said that the group had allowed the governor to travel to Kabul.

On the other hand, Homayoun Shahid Zada, a Farah MP, told Salamwatandar that the second army brigade in the province, which had been under siege by the Taliban for two days, came under Taliban control last night with the surrender of Farah governor Massoud Bakhtawar and the mayor with about 100 security forces and uprising forces. 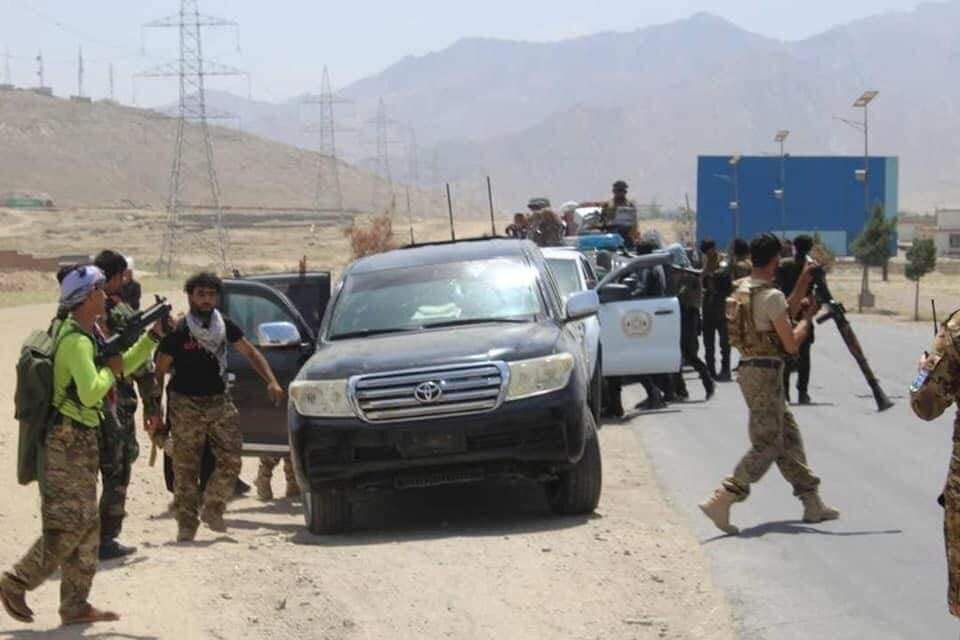 Shahid Zada said that Abdul Sattar Hossaini, Farah MP, General Abdul Samad Shams, Commander of the 2nd Army Brigade in Farah, Dadullah Ghane, Chairman of the Provincial Council, Chief of Security of the Police with a convoy of about 1,500 security forces and 200 Humvees and light and heavy weapons have retreated to an area outside the city of Farah.

He adds that since last night, the convoy of officials and security forces have the support of the air force. The member of the House of Representatives emphasizes that the convoy is equipped with all the military equipment and can defend itself without air assistance.

According to Shahid Zada, the convoy of security forces and local officials changed their position with all military facilities and equipment under the guidance of central officials. He says that these security forces will soon begin their operations to retake the lost areas of Farah.

Then, Sarwar Danesh, the second vice-president, said that the current situation in the country is very similar to the situation in Ashura, and that the Taliban are trying to achieve their goal through terror, and authoritarian acts instead of negotiations. Referring to the unity and popular uprisings in the provinces, Sarwar Danesh said that the Shiite community of Afghanistan stands by the security and defense forces in order to protect the system and the republic, and that the movement that has risen against the Taliban is developing like Ashura.

Kabul: A senior member of the Afghan National Security Council said that the government’s priority is…