Kabul: A number of former Taliban members are urging current members of the group not to harm civilians, children and women during the war. Sayed Mohammad Akbar Agha, a former member of the Taliban, told a news conference in Kabul on Thursday that casualties and displacement of civilians are a matter of concern and should be prevented.

He also called on the Afghan government to prevent US airstrikes. According to him, as a result of airstrikes, public places and personal property of people are damaged. The former Taliban member also said that at present, trust between the parties involved has been lost and that a third party is needed to build trust between the government and the Taliban.

Mawlavi Qalamuddin Qalam, another former Taliban member, also called on current members of the group to prevent a third war in Afghanistan. Abdul Sattar Murad, a member of the Jamiat-e-Islami party, also told the meeting that the parties to the conflict must agree to an immediate ceasefire. He stressed that there is no other way to achieve peace than dialogue, and that there will be no peace as violence and war escalate.

Violence in Afghanistan has intensified over the past two months. In just the last few days, the centers of Nimroz, Jawzjan, Takhar, Badakhshan, Kunduz, Sar-e Pul, Baghlan, Samangan, Farah and Ghazni have fallen to Taliban fighters.

Even the US Embassy in Kabul condemned the Taliban’s unlawful detention of several members of the Afghan government, including both civilian leaders and officers of the ANDSF. “We urge the immediate release of all Afghan government officials detained by the Taliban. These actions are unacceptable and contradict the Taliban’s claim to support a negotiated settlement in the ongoing Doha peace process. We call on the Taliban to engage in the negotiations that pace the way for inclusive political settlement,” Embassy said.

On the other hand, the Indian Ministry of External Affairs (MEA) on Thursday expressed concerns about the deteriorating situation in Afghanistan and said that there is a need for an immediate and comprehensive ceasefire. MEA spokesperson Arindam Bagchi said in a briefing that Indians in Afghanistan have been asked to return through commercial flights. “We will ensure all necessary assistance to Hindus and Sikhs,” Bagchi said on helping minorities. However, he said that there is no formal evacuation mechanism. Bagchi added that India is supporting all peace initiatives taken by Afghanistan. “We continue to hope that there will be an immediate and comprehensive ceasefire in Afghanistan,” he said. 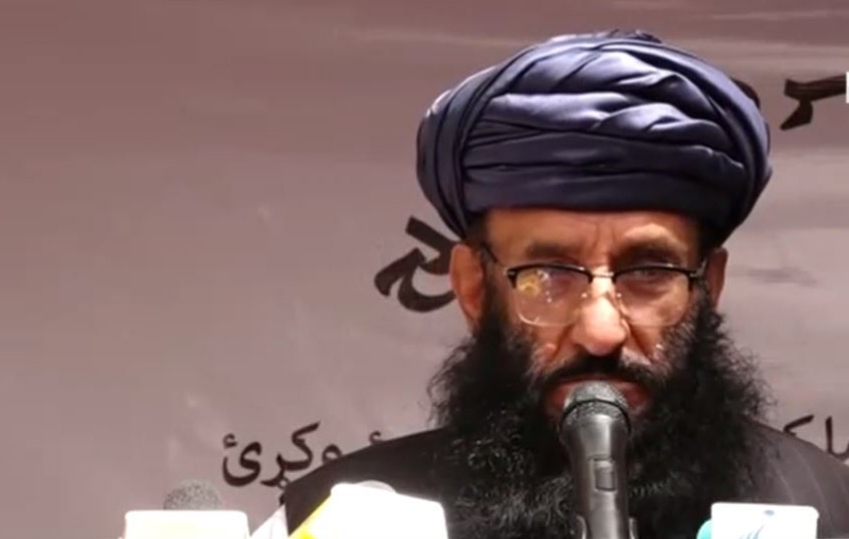 However, the French government has announced on Thursday that France has suspended expelling Afghan migrants whose asylum applications had been rejected, due to the deteriorating security situation in the country as the Taliban offensive approaches Kabul. The French interior ministry said in a statement that the policy had been in place since early July, after similar announcements of the suspension of such expulsions by Germany and the Netherlands.

According to the ministry: “We are watching the situation closely alongside our European partners.” In 2020, Afghans had accounted for the most asylum requests in France, with 8,886 applications. Germany and the Netherlands said on Wednesday they have stopped forced repatriations of Afghan migrants because of deteriorating security in Afghanistan, a sharp change from their previous position.

Afghanistan urged the EU in July to cease forced deportations of Afghan migrants for three months as security forces battle the Taliban offensive ahead of the full US military pullout from Afghanistan on 31 August.

Also, the Poland Ministry of Foreign Affairs (MFA) released a statement, saying, “We urge all the parties to reinvigorate and advance peace talks. Humanitarian access to areas the Taliban control must be granted and respect for human rights, including the rights of women, and democratic achievements must be preserved. We are constantly discussing the developments in Afghanistan with our EU partners and NATO allies.”

In other news, following intensified fights in the northern regions of Afghanistan, Iran has temporarily closed its Consulate General in Mazar-e-Sharif and moved it to Kabul. Iran’s Consulate General in Afghanistan announced the closure on Thursday, saying that the ongoing fights might cause insecurity in Mazar-e-Sharif city where the diplomatic mission was based. The consulate general, however, stressed that it would continue offering services in Kabul for a limited period. As soon as the condition becomes stable, the mission resumes activity in Mazar-e-Sharif.

Kabul: A senior member of the Afghan National Security Council said that the government’s priority is…