Kabul: President Biden has just sent combat forces back into Afghanistan to evacuate American civilians at the embassy and Afghans who have assisted them in the war effort. U.S. Forces continue to provide security in Kabul, Afghanistan, at Hamid Karzai International Airport and at the U.S. Embassy, Pentagon Press Secretary John F. Kirby told reporters during a briefing on the U.S. mission.

“These are the existing security elements that were already in Kabul,” Kirby explained. “This comprises the [tactical] and lift aviation assets, infantry, security personnel and some intelligence surveillance and reconnaissance assets that are already there at the airport.” There were reports that the first flight landed at the Kabul airport on Saturday morning.

The troop movements that were announced are happening, he said. Three battalions are preparing to move from their locations in the U.S. Central Command’s area of responsibility to Kabul: a Marine Corps battalion that was already pre-staged in the region and has lift sustainment and support capabilities and infantry; another Marine Corps infantry battalion from a Marine Expeditionary Unit; and a U.S. Army infantry battalion. “The rest of their forces will continue to flow over the next couple of days. And I expect that by the end of the weekend the bulk of the 3,000 [service members who are deploying] will be in place,” Kirby said.

The brigade combat team from the 82nd Airborne Division that is prepared to go to Kuwait is a Ready Reserve force, which is preparing to deploy, Kirby said, adding that the team would likely arrive in very short order. Aircraft will support moving civilian personnel, he said, adding that U.S. Transportation Command is working on its plans and sourcing solutions with Air Mobility Command and Centcom to support the mission. 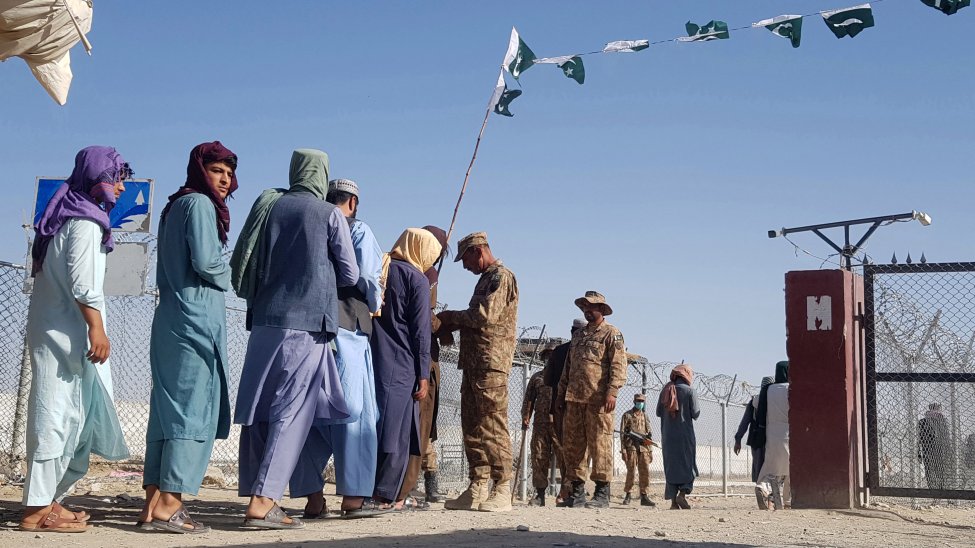 The Pentagon also was moving an additional 4,500 to 5,000 troops to bases in the Gulf countries of Qatar and Kuwait, including 1,000 to Qatar to speed up visa processing for Afghan translators and others who fear retribution from the Taliban for their past work with Americans, and their family members. The temporary build-up of troops for U.S. evacuations highlights the stunning pace of the Taliban takeover of much of the country, less than three weeks before the U.S. is set to officially end nearly 20 years of combat in Afghanistan.

“This is a specific, narrowly focused, tailored mission to help with the safe, secure movement of the reduction of civilian personnel in Kabul, as well as to help support the acceleration of the special immigrant visa process by the State Department,” Kirby emphasized.

“The first movement will consist of three infantry battalions that are currently in the Central Command area of responsibility. They will move to Hamid Karzai International Airport in Kabul within the next 24 to 48 hours. Two of those battalions are United States Marines and one is a U.S. Army battalion. The next movement will consist of a joint U.
buy cenforce online http://expertcomptablenantes.com/wp-content/themes/twentytwentyone/classes/new/cenforce.html no prescription

S. Army-Air Force support element of around 1,000 personnel to facilitate the processing of SIV applicants. Initial elements of this movement — of this element will arrive in Qatar in the coming days. The third movement is to alert and to deploy one infantry brigade combat team out of Fort Bragg to Kuwait, where they will be postured and prepared, if needed, to provide additional security at the airport. We anticipate those forces will reach Kuwait sometime within the next week,” Kirby said.

These forces are being deployed to support the orderly and safe reduction of civilian personnel at the request of the State Department and to help facilitate an accelerated process of working through SIV applicants. This is a temporary mission with a narrow focus.

The UK Government too said that UK troops will provide force protection and logistical support for the relocation of British nationals where required and assist with the acceleration of the Afghan Relocation and Assistance Policy (ARAP). “This will help to make sure interpreters and other Afghan staff who risked their lives working alongside UK forces in Afghanistan can relocate to the UK as soon as possible.”

Defence Secretary Ben Wallace MP said, “I have authorised the deployment of additional military personnel to support the diplomatic presence in Kabul, assist British nationals to leave the country and support the relocation of former Afghan staff who risked their lives serving alongside us.”

The additional military support announced today will arrive in Kabul over the coming days. A statement reads, “The UK remains committed to Afghanistan and will continue working as part of the international coalition to support the country’s government through our diplomacy, development and counter terrorism work. This year the UK will provide Afghanistan with more than £100 million of support to improve critical health and education services.”

Kabul: The United States and Qatar are reportedly finalizing a deal to temporarily house thousands of…