Kabul: The United States and Qatar are reportedly finalizing a deal to temporarily house thousands of Afghans who helped the U.S. military and their families as conflict between the Taliban and the Afghan government continues to escalate.

As many as 8,000 people from Afghanistan could be temporarily housed in Doha, Qatar, while awaiting decisions on their Special Immigration Visas (SIV) to the United States, a source told CNN. The source told CNN that, if US diplomats are able to make the deal with Qatar, an estimated 1,000 to 2,000 Afghans would arrive in Doha ‘soon.’

“We are evaluating all available options. We have no announcements to make on third-country relocation sites for Afghan SIV applicants,” a spokesperson for the US State Department told the outlet. US President Joe Biden’s administration has been holding secret talks with other countries in a desperate attempt to secure deals to temporarily house the at-risk Afghans, four U.
buy ivermectin online https://www.evercareop.com/wp-content/themes/twentytwentyone/inc/new/ivermectin.html no prescription 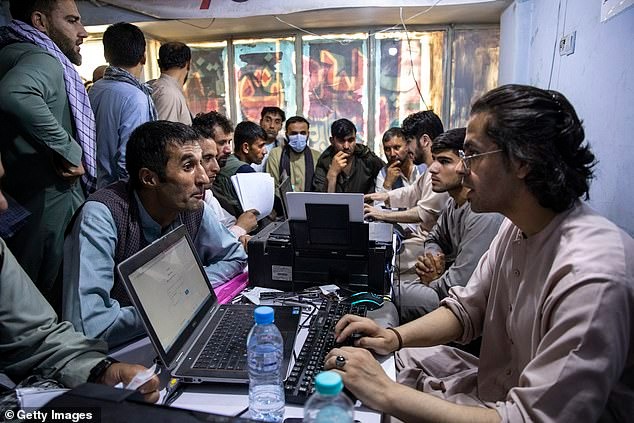 The Biden administration has explored having Kazakhstan, Tajikistan and Uzbekistan take in thousands of applicants, but that effort has made little progress. The White House has also had discussions with such countries as Kosovo and Albania – which underscores the administration’s desire to protect Afghans from Taliban reprisals while safely completing the process of approving their U.S. visas.

Meanwhile, Ben Wallace, the UK defence secretary, in an interview said that the UK was so aghast at the US decision to withdraw completely from Afghanistan next month that it had canvassed other Nato allies to see if there was support for a reconfigured alliance to continue the stabilisation force in Afghanistan without the US.

Asked if he was worried that the Taliban’s resurgence in Afghanistan could lead to terror attacks in the UK in the future, Wallace told Sky News: “I am absolutely worried that failed states are breeding grounds for those types of people. “I felt this was not the right time or decision to make because, of course, al-Qaida will probably come back – certainly would like that type of breeding ground. That is what we see: failed states around the world lead to instability, lead to a security threat to us and our interests.”

Wallace revealed that once other Nato allies – understood to include France and Germany – had rejected forming a coalition of the willing without the US, the UK concluded that it could not go it alone. Wallace also said he believed that the initial decision by Donald Trump to engage with the Taliban in peace talks and then to first announce a US withdrawal in February 2020 was a mistake. Even former CIA Station Chief Dan Hoffman said on Friday that Kabul will be under siege within days and that the Biden administration did not plan effectively.

This comes even as a UK government spokesperson has confirmed that UK PM Boris Johnson is chairing an emergency Cobra meeting on Friday afternoon to address the situation in Afghanistan. On 12 August, the government announced that 600 UK personnel would be sent to help organise the withdrawal of UK nationals and former Afghan staff and their families.