Kabul: A delegation from Kabul has traveled to Pakistan to investigate the abduction and torture of the Afghan ambassador’s daughter in Islamabad, Foreign Ministry spokesman Gran Hewad said.

Hewad did not elaborate on the composition of the board. Silsila Alikhel, daughter of Najibullah Alikhel, Afghan ambassador to Pakistan, was abducted on July 16 in Islamabad and released after being tortured. The Foreign Ministry has said that Alikhel was tortured both mentally and physically.

Although Pakistan’s Interior Minister Sheikh Rasheed Ahmad has repeatedly denied the abduction of the Afghan ambassador’s daughter, the Afghan Foreign Ministry has called the remarks as biased. The ministry added that the remarks have “further hurt people’s feelings and raises concerns about the transparency and credibility of the investigation.” The Ministry also stressed that no reason could justify the occurrence of a crime that has been proven by medical reports and available evidence.

Meanwhile, according to retired Gen. David Petraeus, the fear of the Taliban overwhelming the Afghanistan military was real before the near-complete US withdrawal, but a new “civil war” is a real possibility. “I feared that we would come to regret the decision to withdraw our forces,” Petraeus said in an interview with WABC.

“There is a real potential of a civil war between the Taliban and their insurgent and extremist partners, government forces, and various warlord militias.” While Petraeus expressed “enormous confidence in the national security team that the president has established” and “they are extremely aware of the challenges that are accumulating in Afghanistan,” a civil war would reset the U.S. position all over again, he feared. 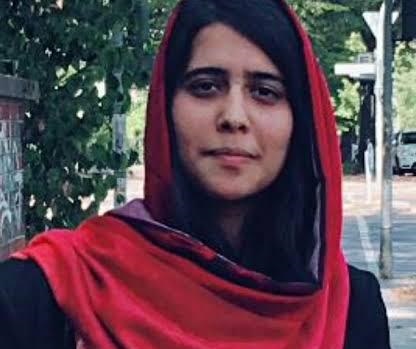 Also, China is a threat to complicate “the situation,” because “they have tried in the past,” he added. “A sustainable presence is probably the best course with a lot of drones and close air support available,” Petraeus concluded.

These remarks come even as former President Hamid Karzai said that the US has lost the war in Afghanistan not when it decided to withdraw as the Taliban regained power, but years ago, when it bombed Afghan homes in the name of fighting terror.

The invasion of the US-led coalition in Afghanistan back in 2001, after the tragedy of 9/11, was welcomed by a significant part of the Afghan population that wanted to free themselves from “extremism and violence” of Taliban rule, Karzai said in an interview with RT. The support of the locals was one of the factors that led to America’s “immediate success” in its war against Taliban. “We began to look forward with tremendous hopes,” the former Afghan president said. Yet, these hopes were dashed by the US troops and the way Washington conducted its ‘war on terror,’ he believes.

[The Americans] told us that the sanctuaries are outside of Afghanistan. But then they began to bomb Afghan villages and homes and get our people hurt and killed, and homes destroyed. The US actions also shattered all hope for political reconciliation during the times that his own government was in power, Karzai recalled. He explained that his cabinet gave many former Taliban fighters a pardon and that had convinced them to settle down and start a new, peaceful, life.

“Then, the US suddenly began to attack the Taliban homes and attack villages – and they forced them to flee the country. It was this violence against the Afghan people in the name of fighting the Taliban that led me to calling the Taliban our brothers,” the former president said. “Things went wrong. They began to re-emerge and the part of the population went with them.”

Now, as the US is about to fully withdraw from Afghanistan, Karzai believes that the only way forward is to talk to Taliban even though their terrorist activities cannot be simply forgotten. Afghanistan urgently needs a government that would have authority over the whole country, the ex-president said. If this is the case, all the threats that Afghanistan itself and the nations in the region are facing would “automatically go away,” he believes.

Karzai no longer pins his hopes for Afghanistan’s future on some “distant superpowers” like the US. Instead, he says, Kabul needs to understand the value of its geostrategic location and use it to “promote confidence and trust between our neighbors and major powers in the region” like Russia, India and China, and have them as “allies for stability.”

On the other hand, despite the recent advances of the Taliban in Afghanistan, German Interior Minister Horst Seehofer (CSU) said on Sunday he wants to maintain the existing policy regarding deportations to the country. In an interview with the German newspaper Bild am Sonntag, Seehofer said, “We are currently negotiating with Afghanistan so that we can continue to deport criminals there.” Seehofer argued that Afghan criminals in Germany must continue to be “able to be returned to their home country.” Germany’s largest pro-immigration advocacy organization, Pro Asyl, however, said that it is not just criminals who have been deported, but also well-integrated migrants.