Kabul: Kandahar security officials said that the Taliban attacked a check post in Mela Pul area of Takhta Pul district at around 2:00am, but were repulsed by the ANDSF.

District police chief Mohammad Hashim Rigwal told VOA that Taliban insurgents were targeted by the Afghan Air Force, killing 35 insurgents. The Taliban had gathered from Spin Boldak district and other areas to conduct the attack, he said.

The Taliban attacked security outposts on the border between Lal wa Sarjangal and Dawlat Yar districts, Ghor province, too on Sunday night, which was repulsed. As a result, a Taliban insurgent was killed and four others were wounded. The ANDSF also seized four motorcycles during the clashes, as per the Provincial Governor’s Office.

In other news, Radio Alina has now stopped broadcasting. Radio Aline was located in Nurgram district of Nuristan province, established in the year 2011, and funded by Internews Foundation. As the whole country became insecure, Nurgram district also came under militant attack. Therefore, in order to protect the safety of the employees and the equipment, it stopped broadcasting on July 13, leaving a five-member team of the radio station, including a broadcast manager, two journalists, an editor and a presenter unemployed. The radio covered Nurgram and Du Ab districts of Nuristan and the northern part of Laghman province, as per the Afghanistan Independent Journalists Association

Also, as per a notification by the Military Coordination Council of Herat Province, “In order to clear the vulnerable areas of Herat from the presence of terrorist elements and the Taliban, clearance operations will be launched in the northern areas of the city, the PDs 7, 14, 2, 3, and Injil area and Kababian village. Dear fellow citizens, we respectfully ask you to stay in your homes, refrain from moving around these areas.” 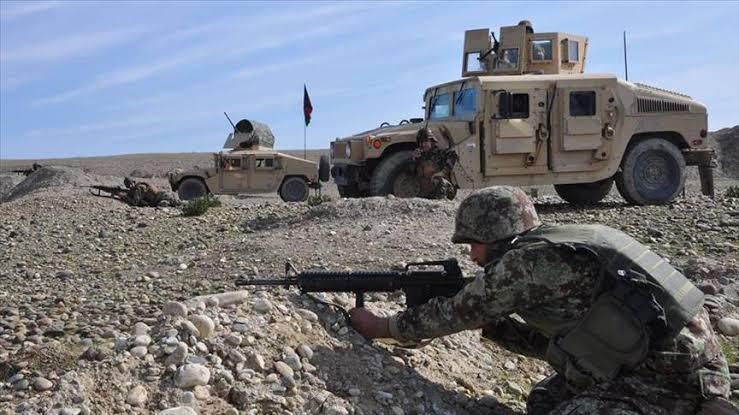 Meanwhile, officials at the Ministry of Education said that the ministry is a service, educational and non-political institution and that schools should not be used as military centers. Attaullah Wahidyar, deputy education minister, told a news conference that 176 schools across the country have been destroyed in recent months due to clashes between the Taliban and security forces, whilst no school should be used as a military center and shield. Wahidyar added that the Afghan government has acceded to the Safe Schools Declaration and that the government is obliged to take the necessary measures to protect schools in conflict.

Wahidyar stated that the Ministry in a letter asked all security agencies to protect schools in war zones, and that these forces have pledged to protect schools and that the Ministry expects a respect to the “self-education and theology” centers and prevent damage to the enlightenment centers of the country’s children. Wahidyar confirmed casualties among school students and teachers, saying that the ministry still does not have accurate statistics on casualties and the number of schools that have been closed. Wahidyar said that the Ministry needs the support of the people to achieve its goal. The Taliban are accused of destroying schools in areas under their control. The group, however, accuses government forces of building trenches and military bases in schools.

Meanwhile, sources at the Kabul Police Headquarters confirmed that unidentified gunmen assassinated a cleric in Qala-e Haji area of Deh Sabz district on Sunday night. The religious scholar was called Qari Shah Wali, who was a mosque imam and was also a school teacher. The case is being investigated by police. No group has yet claimed responsibility for the attack.

Also, security sources in Baghlan province confirmed that three individuals were killed in clashes between the ANP and people’s uprising forces in Pul-e Khumri city, the provincial capital. Ahmad Javid Besharat, spokesman for provincial police, told the Etilaat Roz Daily that the clash took place due to misunderstanding, which also wounded three others from both sides. Besharat added that a delegation has been appointed by the provincial government and Baghlan police to investigate the matter.