Kabul: The 215th Maiwand Army Corps reported that a 40-member Taliban group conducted an attack against Lashkargah prison, Helmand province, on Sunday night, which was repulsed by ground and air counterattacks.

The Corps added that 38 Taliban insurgents were killed and 2 others were wounded.

Meanwhile, the operation of the Ahmad Shah Baba International Airport [Kandahar International Airport] in Kandahar province, which was temporarily suspended due to a rocket impact and caused a temporary suspension of civilian flights at the airport, was resolved due to the efforts of the technical team. All flights at the airport have returned to normal. 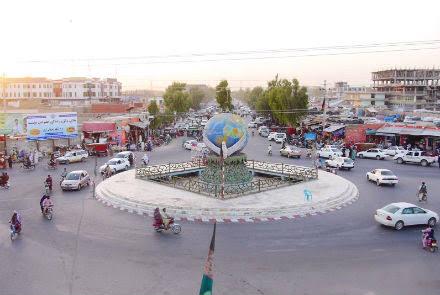 Meanwhile, Jihadi leader Mohammad Ismail Khan, who leads the people’s uprising forces in Herat, called on men and women in Herat city to mobilize against the Taliban. Khan warned that the city’s security situation is sensitive, and that the enemies of the Afghan people want to redouble their efforts to put pressure on the people, and thus, create problems in the city’s security belts.

Khan said that in these circumstances, it is the responsibility of residents of Herat to stand up, assuring that the ANDSF and the popular forces are defending the city and will not allow any problems to arise for the city, but it is necessary for everyone in the city of five million to feel responsible in this critical situation. Khan pointed out that all those who have the facilities and weapons should stand up and unite with the ANDSF and the popular forces, and added that he believes that all those who are capable will defend the city.

This comes even as Kunar’s Directorate of Refugees and Repatriations said that over the past week, some 7,500 families have been forced to flee their homes due to escalating fighting and violence in the province. Abdul Rashid Safi, provincial director of refugees and repatriations, told the Hashte Subh daily on Saturday that the families had been displaced from Ghaziabad and Nari districts, which had recently fallen to the Taliban. According to Safi, of 7,000 displaced families, about 5,000 have been relocated to Asadabad, the provincial capital, and to Sarkani, Marawara, Sawkai, Nurgal, Khas Kunar, and Wata Pur districts, which are among the safest districts in the province, while the rest have taken refuge in Nangarhar province. Safi said that due to the war and insecurity in the province, the number of displaced people is increasing every day. Safi assured that the government and aid agencies in the province are fully prepared to take care of the displaced.