Kabul: US President Joe Biden’s administration has launched a new program to resettle certain Afghans as refugees in the United States.

The U.S. State Department announced the setting-up of Priority 2 (P-2) refugee program on Monday. The program comes as fighting surges in Afghanistan ahead of the formal completion of the U.S. troop withdrawal at the end of this month, with the Taliban pushing to capture key provincial capitals.

The Department of State announced a Priority 2 (P-2) designation granting U.S. Refugee Admissions Program (USRAP) access for certain Afghan nationals and their eligible family members. The state department added, “The US objective remains a peaceful, secure Afghanistan. However, in light of increased levels of Taliban violence, the US government is working to provide certain Afghans, including those who worked with the United States, the opportunity for refugee resettlement to the United States. This designation expands the opportunity to permanently resettle in the United States to many thousands of Afghans and their immediate family members who may be at risk due to their U.S. affiliation but who are not eligible for a Special Immigrant Visa (SIV) because they did not have qualifying employment, or because they have not met the time-in-service requirement to become eligible. Access to the USRAP is a critical mechanism to provide protection for these individuals.”

Individuals Eligible for the P-2 Program, include, “Afghans who do not meet the minimum time-in-service for a SIV but who work or worked as employees of contractors; locally-employed staff, interpreters/translators for the U.S. Government, United States Forces Afghanistan (USFOR-A), International Security Assistance Force (ISAF), or Resolute Support; Afghans who work or worked for a U.S. government-funded program or project in Afghanistan supported through a U.S. government grant or cooperative agreement; Afghans who are or were employed in Afghanistan by a U.S.-based media organization or non-governmental organization.”

The state department added that Afghans and their eligible family members (spouse and children of any age, whether married or unmarried) can be referred to the P-2 program by a US government agency. For non-governmental organizations (NGO) and media organizations that were not funded by the U.S. government, but are headquartered in the United States, the senior-most U.S. citizen employee of that organization may make a referral.

Biden has faced pressure from lawmakers and advocacy groups to aid Afghans at risk of Taliban retaliation because of their association with the United States during the 20-year U.S. war. About 200 SIV applicants whose visas are in the final stages of processing and family members flew into the United States last week at the start of an evacuation effort dubbed “Operation Allies Refuge” that could include as many as 50,000 people or more. They were taken to stay at a military base in Virginia to complete their final formalities before being resettled around the country. 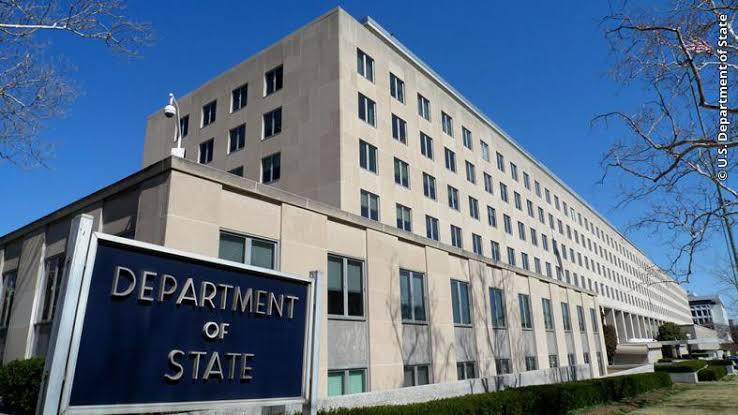 Meanwhile, in other news, India’s Permanent Representative to UN TS Tirumurti said that India will always be a supporter of initiatives that can bring peace and stability in Afghanistan, while laying out the Afghanistan policy perspective that India at the UN will pursue during the Security Council Presidency starting Monday.

“We will not discount the possibility of the Security Council, taking stock of the situation in Afghanistan during this month. And as the President of the Council, we will of course be very supportive of the initiative by member states that can bring these and stability to the country,” he told ANI in an exclusive interview.

In the backdrop of intensifying conflicts in Afghanistan, Tirumurti’s comment comes when asked about how India plans to take the lead highlighting the situation in Afghanistan and will India initiate a discussion on Pakistan for supporting the Taliban. “India has consistently kept the spotlight on combating terrorism, both inside the discussions in the council and outside as well. They not only strengthened the efforts to combat terrorism, especially for example in financing terrorism. But we also prevented efforts to dilute the focus on terrorism,” Tirumurti replied.

The top Indian envoy to the United Nations reiterated that India has always maintained it would like to see an independent, peaceful, democratic stable and prosperous Afghanistan. “As the Indian External Affairs Minister (EAM) S Jaishankar has underlined, it is important that any government that comes to power in Afghanistan is seen as legitimate in the eyes of the people. I believe these are common concerns of the members of the Security Council as well,” Ambassador Tirumurti further added.

TS Tirumurti said that the situation of Afghanistan is of grave concern. The violence has been continuing unabated, and in fact, has increased. The UN has reported that the number of civilian casualties is growing. targeted killings are increasing, women, girls and minorities are being systematically targeted including the recent attack on the United Nations compound that was targeted in Herat. Tirumurti shared that “The members of the Security Council are naturally deeply concerned at the turn of events.” Also, Kazakhstan is going to ratify the agreement on military cooperation with Afghanistan.