Kabul: The Afghanistan Ministry of Defense on Monday confirmed that the US army has conducted airstrikes in the provincial capital city of Lashkargah in Helmand province. 215 Maiwand Army corps based in southern Helmand province also said that the aerial strikes killed 40 Taliban insurgents.

The corps added that the fighters had attacked central prison in Lashkargah city which was driven back by the strikes. US army has recently intensified its airstrikes on the Taliban to support Afghan National Defense and Security Forces.

Earlier US CENTCOM commander General McKenzie had said that the US army will conduct airstrikes in support of the ANDSF in the fight against the Taliban even after full withdrawal but acknowledged that the strikes will be over the horizon. The Taliban attacked Lashkargah city nearly ten days ago and recently toppled two Police Districts in the city and then got closer to the central jail.

The Afghan government has recently sent reinforcements to the city which led to heavy conflicts between the warring sides leaving hundreds of families displaced. “US Air Forces targeted Taliban insurgents in Lashkargah city today morning,” Ministry of Defense tweeted.

The AAF also targeted Taliban gatherings in Lashkargah city, before noon on Monday. As a result, 17 Taliban insurgents were killed and three others were wounded and a Taliban vehicle was destroyed, as per the 215th Maiwand Army Corps. The ground and air forces targeted Taliban gatherings and hideouts in Lashkargah city at 12:30pm, killing 21 Taliban insurgents, including Taqi, Taliban’s military in-charge for Washir district, and Mujahid, Taliban’s military incharge for Nawa district, and wounding five others.

Also, as a result of the air operation in the western part of Herat city in Shivan and Dastgerd areas, the enemy suffered heavy casualties and fled the area. Simultaneously, these commandos entered the city from the airport direction and cleared both sides of the Herat to Kandahar highway and Pul-e Pashtun from terrorist elements.

People’s forces are also deployed in various areas, especially in the entrances of Herat city, as per the governor’s office. Extensive clearing operations have been launched on the outskirts of Herat provincial center on Monday, said MoD deputy spokesperson Fawad Aman. According to him, the operation will continue until Herat city is cleared of the Taliban. He added that ANDSF and Public Uprising Forces are now advancing.

On the other hand, Kabul police said that the shooting in Kabul’s PD4 was the result of a police operation against a “criminal group”. Kabul police spokesman Firdaws Faramarz did not elaborate. It’s been an hour that the sound of continuous gunfire can be heard in PDs 4 and 10. 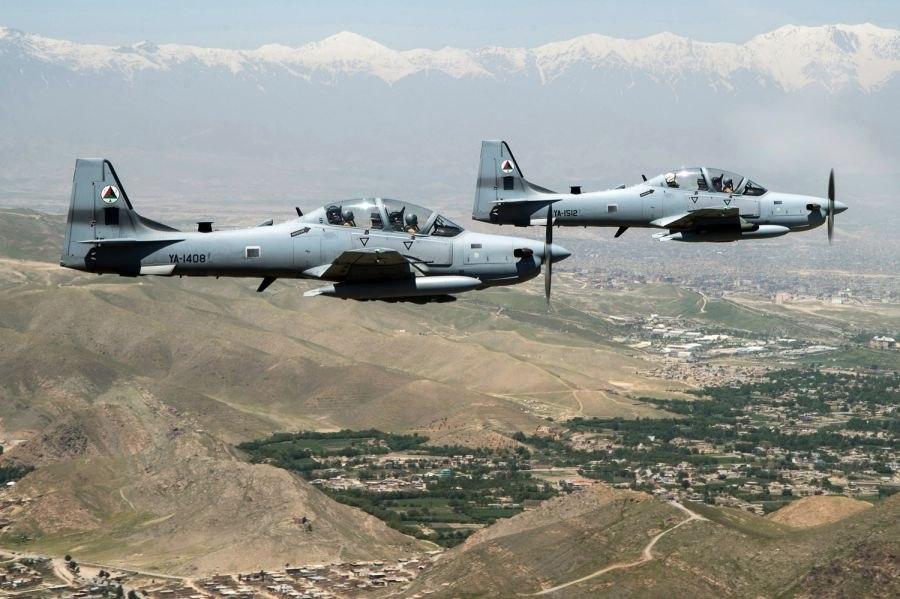 Also, Faryab police reported that the Taliban flogged a child, whose father was a former ANDSF member. Police spokesman Abdul Karim Youresh said that the incident happened in Koh-e Sayad village of Shirin Tagab district and added that the 12-year-old was named Jan Agha and that his father was serving in the ANDSF, who had fled to Maimana city after the Taliban captured Shirin Tagab district; however, his family remained in the district and was harassed by the Taliban. Youresh said that the Taliban have “brutally” beaten the child, asking for his father’s gun. The Taliban are yet to comment on the incident.

And, security officials in Jowzjan province reported that a 20-year-old woman, named Asila, died by suicide in Sakhiabad village of Sheberghan city on Sunday afternoon. Provincial police spokesman Massoud Nadim told Subh-e Kabul Daily that the reason behind the incident was domestic violence and the woman killed herself with a weapon. According to Nadim, further investigations have begun. Also, local officials in Nangarhar province said that a 35-year-old woman, named Negina, has been killed by her son-in-law in Jalalabad city, the provincial capital. Attaullah Khogyani, spokesman for the provincial governor, said that the incident took place on Monday morning in PD7 of Jalalabad city. Khogyani added that the motive for the murder was family problems and that efforts are ongoing to arrest the killer.

Meanwhile, in other news, the Afghan Journalists Safety Committee said that it is committed to upholding the principle of freedom of expression under the Constitution, the International Covenant on Civil and Political Rights, and the applicable laws of the country.

The Committee has recommended the following matters in this war situation for the country’s media community including, observance of the principles of journalism in all journalistic and media works is considered necessary; every member of the media community, including media protection institutions, is obliged to comply with the provisions of applicable laws, especially the media law. Media protection institutions are tasked with defending the rights of journalists and the media. Defending rights should not be interpreted as defending violations of the rules and principles of journalism; the purpose of journalism is to ensure the public interest through information; media should take measures to ensure the safety of journalists; journalists should be very careful in using words in their reports. The use of an inappropriate word may help to worsen the situation of war, which in itself endangers the interests of the people.”

On the other hand, the Ministry of Refugees and Repatriations announced that 11,923 Afghan refugees have returned from Iran and Pakistan in the past two weeks (July 17-30). According to the Ministry’s border department at the Milak border crossing in Nimroz province, 11,882 people have returned from Iran, who had travelled to Iran for work or to travel to other countries. The Ministry has confirmed that a number of these migrants have been returned by Iranian border guards.

In the past two weeks, 31 migrants have also returned from Pakistan through the Torkham border crossing. The Ministry stated that 5% of returnees have been identified as in need and will receive humanitarian assistance.