“We are ready to work with the Taliban. We are ready to bring them to the government. We are ready for peace and sharing of power with them,” he said. Atmar added, “It is the free will of the Afghan people that determines the future of this country. Afghanistan should not be a threat to any country and there should not be a single foreign terrorist on its territory.” He noted that the Afghan government is ready to accept the Taliban as part of its body, provided that the group does not support terrorism.

However, Russian Special Presidential Envoy for Afghanistan Zamir Kabulov said that talks on forming an interim coalition government in Afghanistan will take a long time. During online discussions hosted by the Gorchakov Public Diplomacy Fund on Tuesday, Kabulov said, “It will be a long process. And it doesn’t mean that peace and calm will immediately come to Afghanistan, we realize that. However, this will be the beginning of a road to peace and prosperity in Afghanistan.” 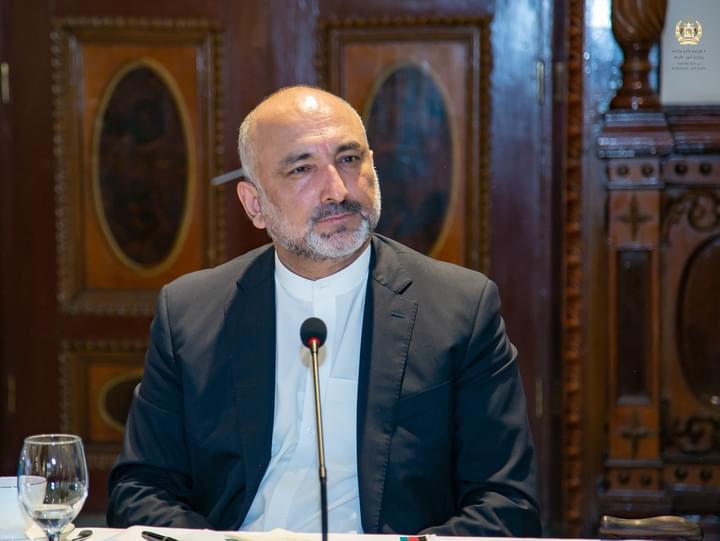 According to Kabulov, members of the Extended Troika on Afghanistan (Russia, the US, Pakistan and China) seek to use their influence to encourage the parties to the conflict to start making agreements. According to the Russian presidential envoy, Iran is one of the key players on the “Afghan track.” He also added that the current tense situation in Afghanistan stems from strategic mistakes made by the United States and its allies. The United States made a big mistake when it engaged in creating a network of military bases on the territory of Afghanistan instead of assisting the country’s recovery, Kabulov said. Taliban has its own vision of the country’s future and is conducting combat operations more successfully than any other forces, which means it will have to be reckoned with when launching substantive and productive intra-Afghan negotiations, Kabulov added. “According to our estimates, about two-thirds of this movement, including the top brass, are in the mood for settling the Afghan crisis by political means,” Kabulov said. In the meantime, one-third of the insurgents, including some field commanders, remain radically-minded.

Kabulov also dismissed reports of links between the Taliban and al-Qaeda as speculation. “According to our estimates, al-Qaeda is now a small group, fewer than 500 people, which is inactive and poses no direct threat. It does not take part in hostilities in Afghanistan in any form,” the diplomat added. However, he added that the presence of Taliban in Afghanistan’s north will suppress the growth of threat from the Daesh terrorist group to Central Asian countries.

This comes even as Russian Mi-8 military transport helicopters and Mi-24 assault gunships have redeployed from the Novosibirsk Region in Western Siberia to the Gissar airfield in Tajikistan for trilateral drills at the Kharb-Maidon training ground 20 km from the Afghan border, the press office of Russia’s Central Military District reported on Tuesday. “The four combat helicopters have been airlifted from Russia by an An-124-100 Ruslan heavy transport plane. During the main phase of the joint exercise, the army aviation crews will land a tactical assault force and provide air support for the advancing troops in the course of eliminating an outlawed armed gang,” the press office said in a statement.

The helicopters were partially disassembled before their transportation. Upon the gunships’ arrival at the destination airfield, the ground personnel assembled the helicopters while the pilots made test flights, the statement says. The joint drills of Russia, Uzbekistan and Tajikistan will run at the Kharb-Maidon training ground on August 5-10. Overall, the drills will involve 2,500 troops, including 1,800 personnel from Russia, and also about 500 items of armament and military hardware. The Russian military contingent in the drills will mostly comprise units of Russia’s 201st military base in Tajikistan.