Former President Hamid Karzai is in favor of a political confrontation with the Taliban, according to an interview with Russia Today. The former Afghan president holds a strong belief that the Afghan people will rise against the Taliban if they trample basic rights of Afghan people including right to education.

“There is immense violence in Afghanistan; there is immense anger in our country. But, I also see the Afghans waking up to the new reality, and those who want to opt to stay in Afghanistan will make it better and the region, specially Russia, China, Iran and hopefully also very important, Pakistan which realizes and recognizes the dangers of continued instability in Afghanistan. This is a great opportune moment for Afghanistan to take a turn towards betterment. I must not forget India, another great neighbor of Afghanistan, that has to recognize this,” Karzai said in the interview.

On his views of the Taliban, Karzai said, “My views of them are those of the Afghan people – meaning that they are the Afghan people. I rose against them when they were in power because I saw them violating the rights of Afghan people and I saw them allowing foreign influence into Afghanistan, individuals from Arab countries and official forces from Pakistan and disregarding the unity of Afghan people were the reasons I based my opposition and my resistance to them like many Afghans did. But when my government came, when the republic came, they were pardoned.”

Karzai said that the Taliban must agree to a political solution, or they would be defeated. “Afghan people will rise against them. Afghan people have given them an opportunity for peace; this means an opportunity to co-exist and to allow the country to progress,” he added.

On the rising violence and deteriorating security situation in the country, Karzai said, “Physical security is more of an appearance rather than a reality when it comes to threats. Security has to be mental, and that means a security we have in our resolve to continue the progress Afghanistan needs and that progress fundamentally lies in the Afghan girls and women be able to educate and go to work. And that is a fundamental right that I am seeking and will pursue further.”

He said that once you have peace and stability in Afghanistan and a government that governs the whole country, the threats that can be posed to Russia and to the region automatically go away.

“Violence has been at its highest in the past few years, unfortunately. And Daesh was responsible for some of the most horrible attacks, especially against schoolgirls and the most vulnerable and people in the cities. Daesh is an entirely foreign phenomenon. The Taliban are rooted in our country, they come from our villages. But Daesh is entirely foreign to our country. Therefore, Daesh must be treated as an extremely violent terrorist group and it is upon all of us to fight against it,” he added. 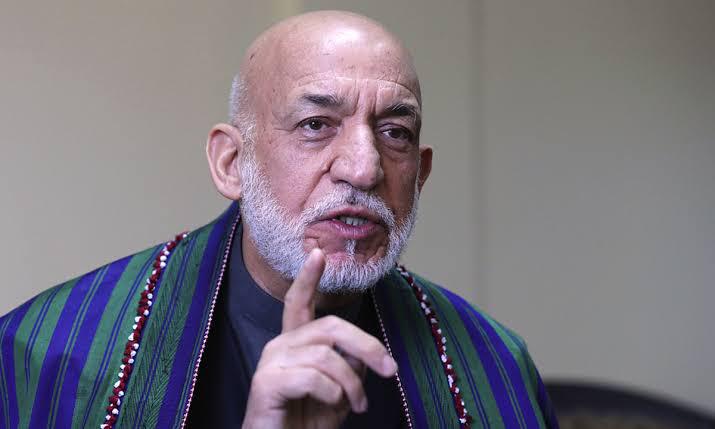 Meanwhile, in other news, Foreign Minister Mohammad Hanif Atmar said that he had attended two meetings with ambassadors and representatives of neighboring countries, the region and international organizations to discuss the Afghan government’s plans for lasting peace, security and a campaign to prevent Taliban violence.

Atmar told a news conference on Tuesday that closing the Taliban’s political office in Qatar would not cure the pain, but those whom the international community tolerated in Doha for 10 years for the sake of peace, must be held accountable. He added, “The Qatar talks must succeed. One obstacle to peace is the Taliban’s totalitarianism. The Taliban’s emphasis is on a military solution. Our message to the Qatar office and the international community is that an inflexible group should not endanger the lives and people of Afghanistan and the security of the region. We must work together to make the Doha talks a success and end war and violence.”

Atmar said the Taliban had waged a brutal war against people across Afghanistan in violation of the Doha agreement. According to him, the Taliban are not alone in this war, and their attacks are carried out in direct collusion with more than 10,000 regional terrorists; Lashkar-e-Taiba, the Tehreek-e-Taliban Pakistan, Ansarullah, Jundallah, al-Qaeda, the East Turkestan Islamic Movement, and the Uzbek Islamic Movement.

Asked about Pakistan’s role in the Afghan peace process, he said: “We want good and honest relations with Pakistan. But the persistence of terrorism and the existence of terrorist sanctuaries in Pakistan is a major obstacle to good relations, stability and regional co-operation.”

On the other hand, in a joint operation with the NDS on Monday afternoon, Kabul police eliminated an organized criminal group in Kabul’s PD10. During the operation, which was launched on the 11th street of Qala-e Fathullah, an armed clash took place between the police and the criminal group, in which 3 members of the group were killed and 1 of them was wounded. He was arrested by the police. The criminal group was wanted for most cases of kidnapping, armed robbery and extortion by the police. A kidnapped person was also released during the operation. Additionally, three vehicles, six guns, a grenade launcher, six hand grenades and a quantity of ammunition were also seized from this group. Two members of the Kabul police were also killed during the operation.