Kabul: The Ministry of Justice held a conference on Monday to discuss the draft law on conflict resolution in the jirgas. At the conference, the Minister of Justice described Afghanistan as a traditional country with jirgas and stressed on the fact that to prevent injustice, we have no choice but to legalize jirgas.

Justice Minister Fazal Ahmad Manawi said at the conference that to prevent injustice in society, limits and principles should be set for these jirgas. He emphasized that the jirgas also have a special place in Islamic law.

He added that in a country where people live in masses, it is not possible to prevent jirgas. He also pointed to the importance and position of jirgas in the Qur’an and hadiths and said that there is a great emphasis on peace and resolving disputes through the jirga there. “Opposition to the jirgas is opposition to sharia,” the justice minister said. “The jirga is not a sin in terms of sharia, but a virtue.”

Members of the Jirga Dispute Resolution Law Draft Conference (the Ministry of Justice, the Supreme Court, the Independent Commission for Overseeing the Implementation of the Constitution, the Independent Human Rights Commission, UNAMA and the German Cooperation Office) are scheduled to review all articles of the draft law in two working days and share their corrective views on it.

Meanwhile, President Ashraf Ghani has said that billions of dollars have been spent in recent years on international investment in electronic system.
buy vidalista online http://www.nicaweb.com/images/patterns/new/vidalista.html no prescription 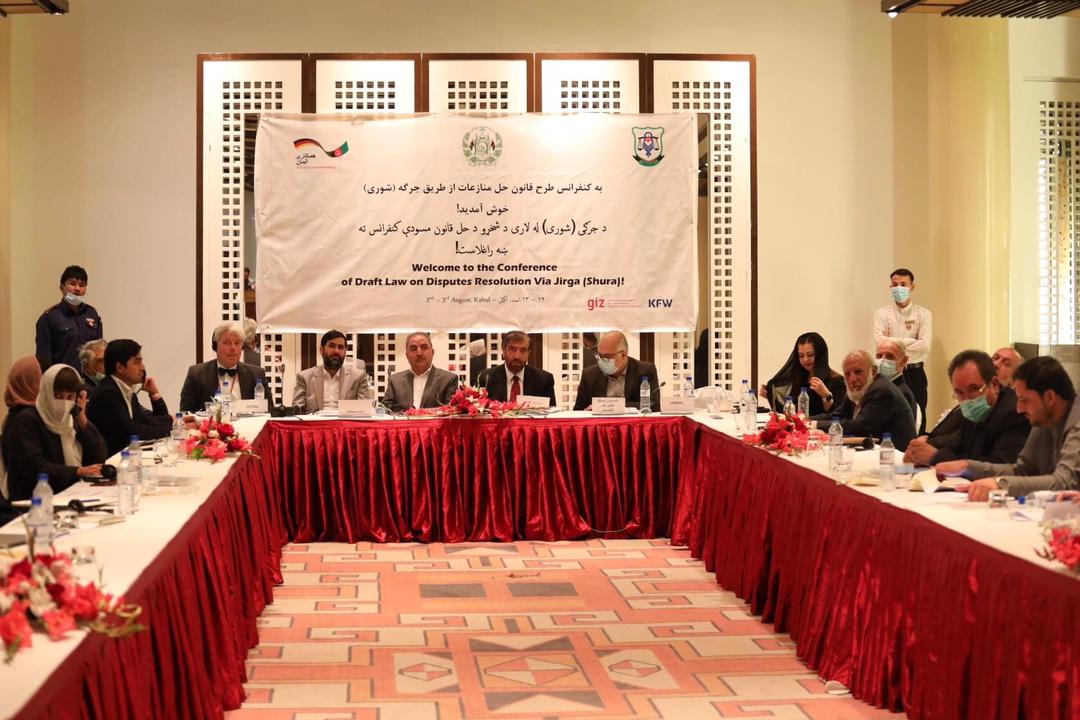 “In recent years, billions of dollars have been lost in the international investment on electronic system, and even a ministry has not been able to set up a system,” Ghani said. According to him, in the past, the Ministry of Finance had no connection with the treasury and payments department, the Ministry of Education did not know the number of teachers and their salaries, and in the Ministry of Interior, there were 17 parallel structures.

Ghani said that at present, the process of digitalization and the use of open systems is in the hands of Afghans. In another part of his speech, the President called the opening of a program to pay the salaries of civil servants electronically as a positive step towards the digitalization of the government. “With the inauguration of this system, the security forces can send their salaries to their families whenever they want,” he added. “Also, after this, the salaries will be paid and paid on time.”

Ghani said that with the opening of this program, no department can hide the number of its employees and structure, and the ground for the implementation of the law on access to information will be provided. Nader Naderi, head of the Independent Administrative Reform and Civil Service Commission, also said at the ceremony that with the opening of the program, no more imaginary salaries would be paid and corruption would be prevented.

Ajmal Ahmadi, the Central Bank Governor, also said at the ceremony that the plan to pay salaries and transfer money via mobile phones without internet is very important and all civilian and military employees can check their accounts and transfer their salaries to their families or anyone they want by having a phone.

Meanwhile, Zabihullah Ziarmal, General Director of the National Standards Authority, said that he is working to transform the agency to a certification and accreditation body. Addressing a press conference, Ziarmal described the agency’s activities in three areas of national, regional and international.

He added, “The National Standards Authority is obliged to develop the national infrastructure at the national level, which includes the establishment of quality certificates for imported goods and domestic products, the promotion of quality brands and national standard brands and the establishment of a quality star rating system.” Ziarmal said that strengthening regional standards is one of the agency’s priorities, and said that talks have begun with some countries in the region, including Uzbekistan.
buy zoloft online https://yourcialisrx.com/dir/zoloft.html no prescription

In other news, the State Ministry for Disaster Management announced that the process of providing assistance to the victims of the deadly flood in Kamdesh district of Nuristan province has begun. Samiullah Zarbi, deputy spokesman for the Ministry, told Hasht-e Sobh Daily on Tuesday that 233 families in the district had been provided with non-food aid by the International Organization for Migration.

The aid includes a complete package of kitchen utensils. Zarbi added that the process of transferring food to 233 other families began on Tuesday morning, which includes basic foodstuff and will meet the two-month needs of these families. Extreme levels of flood danger were announced in Kamdesh district of Nuristan on Wednesday last week, with heavy casualties. As a result of the flood, 113 people died and 34 others were injured. Also, 173 houses, 10 shops and 1,100 acres of agricultural land, 2 mosques and 6 large bridges were destroyed. Zarbi said that assistance is being provided in cooperation with charities, the Red Crescent Society and the State Ministry for Disaster Management.