Kabul: The ANDSF with air support conducted a clearance operation in Nijrab district on Monday, as a result, 18 Taliban insurgents were killed and the group’s shadow governor for the district was wounded, and a large amount of their ammunition and weapons were destroyed. Additionally, the district was cleared of insurgents.

Also, the Ministry of Defense in a statement said that on Monday, the ANDSF, commandos and the popular forces with air support targeted the Taliban terrorists in Herat city, the provincial capital. “As a result, 41 Taliban terrorists were killed, 32 others were wounded, and some of their weapons and ammunition were destroyed. Also, Pul-e Pashtun, Pul-e Malan, Asya Klokhi, Pul-e Rawashan, and Hawadeh areas were cleared of the enemy,” the MoD statement read. Also, Ross Wilson, the US charge’d’affaires talked to Commander Ismail Khan and expressed interest and support for efforts, together with the Afghan Defense and Security Forces, to defend Herat and its people against Taliban attacks.

Meanwhile, Brigadier General Abbas Tawakoli, Commander of the 217th Pamir Army Corps, arrived in Faizabad on Monday afternoon with a number of commandos and visited the ANDSF in Badakhshan province. Tawakoli spoke to members of the 2nd Brigade, located in Faizabad, praised their efforts in securing the lives and property of the people, assessed the security situation, held a meeting with senior provincial security officials, issued serious directives to improve the security situation, and called on all the ANDSF to defend the people and their compatriots in full coordination. The ANDSF promised that they would spare no effort to ensure the security of the people of Badakhshan.

Then, 209 Shaheen Army Corps said that the Taliban attacked the security belts of Sheberghan from two directions on Monday. Fortunately, with the resistance and quick reaction of the ANDSF and people’s forces along with air support, these attacks were repulsed. During the clash, counterattack and two airstrikes on enemy gatherings in Hassan Tabin area of the Sar-e Pul to Jowzjan highway and south of Sheberghan city, 57 Taliban terrorists including three key commanders were killed, 18 others were wounded, a Ranger Ford, 35 motorcycles, a DShK and large quantities of enemy weapons and ammunition were destroyed. 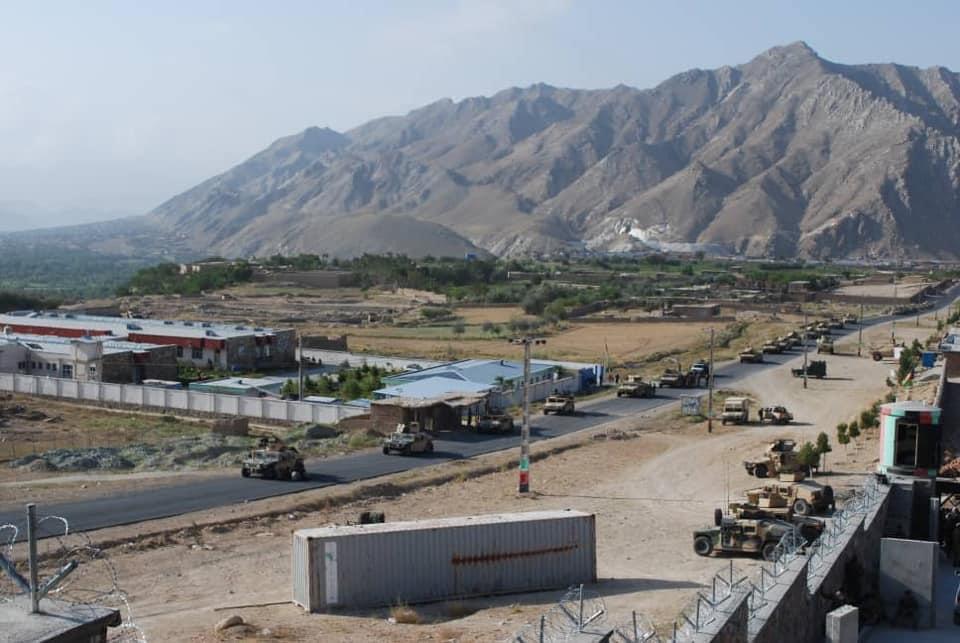 This comes even as the Afghan Independent Journalists Association reported that the Taliban captured Helmand’s RTA on Monday. Also, in a statement, the Ministry of Information and Culture, said, “We are saddened to learn that 11 radio and four television stations have been shut down due to Taliban attacks and threats in Helmand, and that people are unable to stay up to date with news events. The Ministry of Information and Culture expresses its deep concern in this regard and strongly condemns the attacks and threats of the armed Taliban, which show their hostility to freedom of expression and the media. Terrorists do not want the media to publish the facts and expose their injustices.”

The Ministry of Information and Culture expressed its firm support and solidarity with all journalists and staff of Helmand radio and television networks, and called on the national security and defense forces, as well as the proud Helmandis, to help reactivate these media outlets as soon as possible.

In another related news, Nai again released a statement regarding the July 26 arrest of four journalists by the Kandahar National Directorate of Security (NDS).

Nai believes that such behavior by the security agencies at a time when sensitivities towards journalists have become serious than any time ever can cause great harm to the journalistic community and at the same time significantly increase restrictions on freedom of expression and access to information. Nai wants the NDS to first reconsider the statement issued in connection with the arrest of journalists in Kandahar province. Also, since the NDS has described the four detainees, in its statement, as journalists; in the light of Article 43 of the Media Law, their case must first be referred to the Media Violations and Complaints Commission, and the journalists must be released from detention until the Commission determines the status of the journalists. The NSA should also acknowledge the charges against journalists, if the charge is a non-media crime, so that the Afghan media community becomes aware.

Recently, the NDS issued a statement claiming that Saday-e Millat Radio was not licensed to broadcast and was operating illegally in the province. However, a written copy of the Ministry of Information and Culture letter, obtained by Nai, shows that Radio Zewar’s property was transferred to Watandost in 1399, and after this transfer, it has existed under the name of Saday-e Millat. Also, a letter from Kandahar finance department, obtained by Nai, shows that Watandost is in charge of the radio. On the other hand, the NDS statement claimed that China’s Xinhua correspondent Sanaullah Siam had misused the media name and was not a reporter for the outlet and had been operating illegally, while Siam has been working with this news agency as a freelance reporter for a while.

It also said that there are deep concerns about indiscriminate shooting, and damage to/occupation of health facilities and civilian homes. “Parties must do more to protect civilians or impact will be catastrophic,” it added. In fact, the US embassy in Kabul tweeted that the targeted killing of Hazaras has been a devastating focus of both ISIS-K and the Taliban and adding that they are getting reports of Taliban’s murder of 40+ civilians in Malistan, Ghazni.

The US embassy said that if the reports are true, these could constitute war crimes and human right abuses must be investigated.