Kabul: Local sources in Ghazni province confirmed that eight Taliban insurgents have been killed in operations by security and defense forces in Jaghori district of the province.

Zulfiqar Khedmati, logistics director of Jaghori police headquarters, told Etilaat roz daily on Wednesday that the defense and security forces launched the operation by air and ground in the village of Al-Ghazar in the district on Tuesday night.

According to him, three other Taliban fighters were also wounded during clashes with Jaghori security and defense forces.

Meanwhile, Mohammad Ehsan Sharifi, Jaghori district governor, told Etilaat roz daily that all the Taliban fighters killed had been transferred to the Rasana area of Gilan district. Khidmati also said that one vehicle and two Taliban motorcycles were destroyed during the operation by government forces. He emphasized that the security and defense forces were not harmed during the operation.

Also, Zia-ul-Haq Amarkhail, the governor of Nangarhar in the east of the country, announced that a child had been abducted and rescued four days later from the kidnappers who was the child’s uncle. The governor of Nangarhar said in a tweet on Wednesday that the girl had been abducted four days ago in the PD4 of Jalalabad and was rescued by NDS forces in a special operation in the Butkhak area of Kabul city. According to governor, the kidnapper was the child’s uncle and his name was Noor Hakim.

The governor of Nangarhar said that this person had been arrested in the city of Jalalabad and had confessed to his crime. Uncle of the five-year-old Sana demanded $30,000 from his brother in exchange for her release.

This comes even as the US conducted three airstrikes in Lashkargah in Helmand province, including a targeted attack on Taliban weapons and ammunition caches and their vehicles in the outskirts of the city. Clearing operation was being carried out in Lashkargah slowly and accurately because the Taliban used people’s homes as strongholds and civilians as shield, as per the Ministry of Defense.

Meanwhile, President Ashraf Ghani has said that 11 billion afghanis have been cut from the civilian budget and transferred to the military budget. Ghani raised the issue in a meeting with generals and other officials on Wednesday.

The president has said that in order to defend the country, 11 billion afghanis will be reduced from the civilian budget and the focus will be on better and more efficient use of resources. According to President Ghani, recruiting members of the security and defense forces is one of the most important priorities of the government; because the people do not want militarization, but the strengthening of the security and defense forces.

In this meeting, Ashraf Ghani heard the analysis and suggestions of the officials present. Ghani added that advisory boards are being set up at the Ministry of National Defense to make the most of the experience, analysis and knowledge of the retired personnel. Earlier, the Ministry of Finance announced that the cost of (optional) development projects would be suspended due to budget cuts. The decision comes as Taliban attacks have escalated. The government has decided to increase the salaries of the security forces.

In other news, Abul Hussein Yasser, leader of the United Islamic Movement Party of Afghanistan and military-defense adviser to President Ghani, said that the money spent in the name of the peace project is inefficient and should be spent on strengthening the defense and security forces. 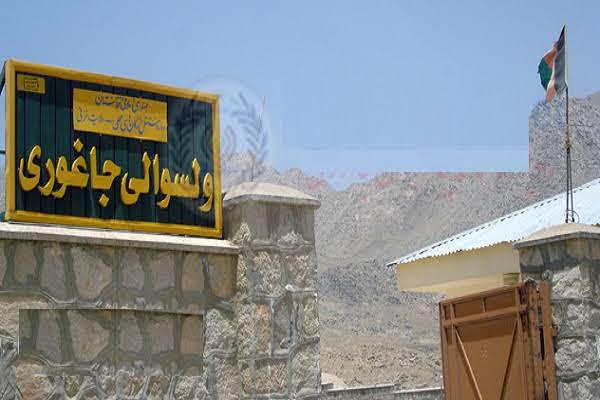 Yasser said on Wednesday, at a conference entitled “Peace is a priority, resistance is the only option!” That the fate of peace will be determined on the battlefield. He called on the Taliban to return to the peace talks, otherwise, they cannot use the option of war to impose their will on the people of Afghanistan.

“If the Taliban want to forcibly ignore the people’s identity, religion and citizenship rights, the people will stand up to them and resist,” Yasser added. According to him, the United Islamic Movement of Afghanistan party has a popular base and is ready to mobilize its supporters to preserve the system, territorial integrity and constitutional values. Yasir also called on the Afghan government to take an active role in providing security and defending the lives and property of the people, especially in the central regions, and to take immediate action.

He said, “In areas where the government is in trouble, it must support popular uprisings so that the bloody incident in Malistan, Nangarhar, Takhar and other parts of Afghanistan are not repeated.” Yasser also called on the Afghan government to implement a security plan west of Kabul as soon as possible to address security concerns in the region.

Meanwhile, Noor Mohammad Ismaili, Baharak district police chief, was killed and several others were wounded in a clash in the northern part of the village of Blak Orta Boz in Takhar on Wednesday. Four Taliban insurgents were also killed in the clashes. Takhar police confirm attack on the area and killing of Ismaili commander. Local sources said that the battle line is located in the northwestern part of the village of Shah Talqan Jan and the village of Barchab is under Taliban control. The fierce resistance of the popular security and defense forces and commandos still holds the Taloqan city strong, but the battle lines are very close. Local sources say the airstrikes have inflicted heavy casualties on the Taliban and prevented the group from advancing.

This comes as hundreds of athletes and representatives of sports federations representing the country’s sports community at a gathering at the Government Information and Media Center of the Public Relations and Strategic Administration chanted “Allah Akbar” for their continued support of the republic and the defense forces.

Khoshhal Sarwari, Master of Sports and President of the Five Federations, said that the country’s sports community supports the republican system and the country’s defense and security forces until the last moment of their lives, who are currently fighting against the enemies of the system and the people. At the gathering, Wahid Omar, Senior Advisor to the President, emphasized on the slogan that “our diversity is our strength”.

Omar said that now there is an understanding that this society as a whole is in danger and preventing this danger is everyone’s duty and responsibility, and the athletes in this gathering conveyed this message of unity and integrity.

Also, Jowzjan Governor Mohammad Hashem Raees, who is on the battlefield, said it is time for the people to stand up to the Taliban with the weapons and facilities at their disposal. According to the governor of Jowzjan, fighting is currently taking place on the outskirts of Sheberghan, the provincial capital, and security forces have so far resisted. The governor of Jowzjan added that the defense of the homeland does not belong to any language, race or ethnic group and everyone is working to save Afghanistan. The remarks came as the Taliban set up trenches three kilometers from the city of Sheberghan and clashed with security forces.

Meanwhile, in an interview with Salamwatandar, a senior US diplomat said that despite Taliban advances in districts and villages, Washington is not giving up its efforts to bring peace to Afghanistan. Ross Wilson, charge’d Affaires at US embassy in Kabul, said that a meeting will be held in Doha, Qatar, next week to expedite the intra-Afghan peace talks.

“The purpose of this meeting is to refocus on dialogue and win negotiations in a situation where success and progress can be achieved, we will not give up and we do not intend to,” said the US diplomat. The intra-Afghan talks that resumed last month were fruitless, and the Afghan government and the Taliban issued a joint statement promising to continue high-level talks in Doha, Qatar. The statement, released after two days of talks, said the two sides were committed to protecting the lives of civilians, infrastructure and services.

“We are trying to speed up the process of providing helicopters and ammunition, we have carried out several air strikes against the Taliban that have been very effective and we intend to do so,” Wilson said. Asked about the Doha agreement signed between the Taliban and the United States, the US diplomat said the main purpose of the Doha agreement was to start talks to reach a political agreement to end decades of war in Afghanistan.

According to him, this is an important achievement, and the agreement raised high hopes throughout Afghanistan, which was the goal of the United States. He says that supporting Afghanistan’s security sector is one of Washington’s top priorities, and that humanitarian and economic aid is next. “It is clear that our immediate priority is the security sector, which is to support and provide the equipment needed by the Afghan Air Force, to train pilots, to help sustain the Air Force, to keep it operational and effective, and to equip them,” Wilson said.

He added that US airstrikes are a clear sign that Afghan soldiers are not alone in their fight against terrorism.