Kabul: According to the Faryab police press office, two car bombs were prevented in Faryab and heavy casualties were inflicted on the Taliban.

A car bomb was destroyed and another one was obtained with explosives, which is full of explosives and defused by the ANA engineering team. Fifteen attackers were killed and 12 others were wounded and fled the scene. Meanwhile, the clashes lasted from 11pm to 4am on Wednesday morning, and the Taliban were forced to retreat from the area to the Andkhoy entrance belt. Security and defense forces and civilians were not harmed in any way.

Also, chairing a meeting, Sarwar Danesh, Second Vice-President, attended by deputies of the Ministry of Interior and the Kabul NDS, Chief of Staff to 1st Vice President, representatives of Kabul’s 111 Division, members of the Shiite Ulema Council of Afghanistan, the Supreme Council for the Regulation of Religious Affairs and the High Commission for Security Coordination of Religious Ceremonies, reviewed the security measures for the 10 days of Muharram.

The meeting was held in accordance with the decision of the special meeting of the National Security Council, in which the security agencies were instructed to take the necessary measures to ensure the security during Muharram in Kabul and the provinces. During the meeting, Vice-President Danesh stressed on the need for serious coordination between security agencies and non-governmental organizations to ensure security during Muharram.

The Vice-President also said that the Ministry of Interior should establish the necessary coordination in all provinces of the country and hold meetings with security officials and public institutions of the provinces and share relevant plans with them. At the meeting, security officials announced that they were fully prepared to provide security. 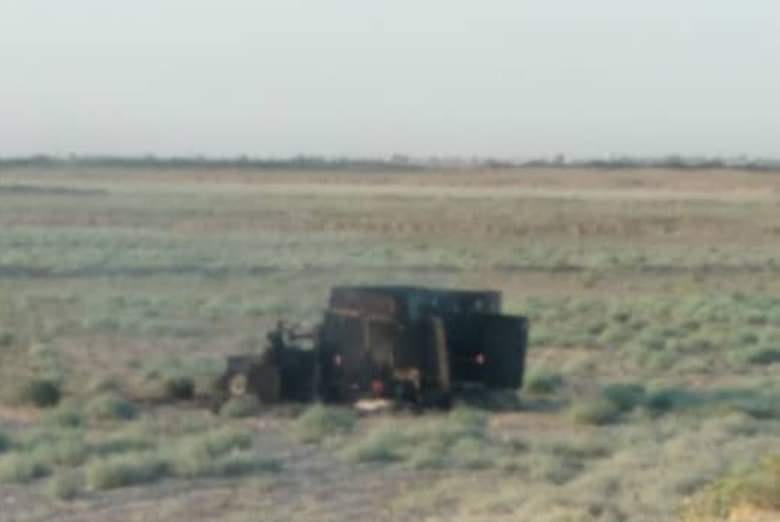 Representatives of the Council of Shiite Ulema, the Supreme Council for the Regulation of Religious Affairs, and the High Commission for Security Coordination of Religious Ceremonies also announced that they are cooperating with the country’s security institutions. They also announced that they had held meetings with the board of mullahs, and officials of mosques. Security measures will be reviewed in the 6:30am meetings under the supervision of the First Vice-President.

Meanwhile, on the other hand, the International Federation of Journalists (IFJ) and its Afghan affiliates, the Afghan Independent Journalists’ Association (AIJA) and Afghanistan’s National Journalists Union (ANJU) are gravely concerned by the increased security threat on journalists and urge both Afghanistan’s government and the Taliban to not target civilians and adhere to international humanitarian law.

Taliban shot at a car carrying Shakib Shams, a reporter of Salam Watandar and his journalist wife Storay Karimi of Pajhwok Afghan News, on August 1 in Pol-e Malan area of Herat Province. According to the AIJA, on August 1, the Taliban fired on the car of Shams and Karimi as they were reporting in the Pol-e Malan area, where fighting between Afghan National Security Forces and Taliban militants has escalated. Fortunately, the journalists were unharmed as the bullets hit a part of the gate and the guide mirror of the car. Following the firing, the journalists were briefly abducted by the Taliban militants and were taken to the militant’s self-proclaimed district governor.

The Taliban leadership questioned the journalists, checked their contacts and recent calls on their mobile phones and released them after 20 minutes. The AIJA said, “The leadership of the AIJA, while appreciating the non-harassment and early release of journalists by the Taliban, called on the parties involved to provide accurate and timely guidance to journalists enter their area for news- reporting.”

This comes even as the International Federation of Red Cross and Red Crescent Societies (IFRC) urged greater international support for millions of people in Afghanistan who are suffering due to worsening drought, COVID-19 and armed conflict. Dr Nilab Mobarez, the Afghan Red Crescent Society Acting President, said, “We are seeing the devastating impacts of this drought on millions of people who are suffering from severe food and water shortages in most areas of Afghanistan. Food crops are depleted and withered in the fields, and many people have lost their incomes. Afghan Red Crescent response teams are urgently delivering relief, including food and cash assistance, for thousands of drought-affected families across bone-dry provinces.”

The IFRC is appealing for 15 million Swiss francs to support the Afghan Red Crescent Society to deliver cash grants to buy food supplies, restore livelihoods and crops for 280,000 people in 13 of the provinces worst affected by drought. Necephor Mghendi, IFRC’s Head of Delegation for Afghanistan, said, “Urgent international action is needed to support more than 18 million people who will need humanitarian support in Afghanistan this year due to this drought and food crisis, compounding impacts of record COVID-19 and many years of armed conflict.”