Kabul: Mohammad Qasem Wafayezada, Acting Minister of Information and Culture, said that about 50 video and audio media outlets in the country had been shut down by the Taliban due to the escalation of violence. Speaking at a meeting in Kabul on Thursday, the Acting Minister said that Taliban fighters had seized six radio stations and forced them to broadcast their “songs.”

“The Taliban slapped staff members a few times for publishing our songs and you have no right to express (publish) any other subject,” he said. The acting Minister of Information and Culture also said that in the past month, 57 journalists had fled the provinces to Kabul due to Taliban threats. According to him, 71 other journalists have left Afghanistan due to insecurity.

He said restricting media activity and threatening journalists by the Taliban meant that “the Taliban want to return Afghanistan to a dead, silent and monolithic society”. On the other hand, he added, the Taliban have also started stealing cultural heritage and irresponsible digging of historical sites. He did not provide further details.

The Taliban have previously said, however, that in areas under their control, they allow the media to operate within the framework of Islamic values, safeguarding the country’s supreme interests and adhering to the principle of complete neutrality. They also added that in Taliban-controlled areas, all historical monuments are protected from any kind of destruction and damage.

Meanwhile, in other news, about 2,500 troops from Russia, Tajikistan and Uzbekistan have kicked off large-scale joint drills at the Kharb-Maidon practice range, located 20km from the border with Afghanistan, that will run through August 10, the press office of Russia’s Central Military District reported on Thursday. “The joint drills will enable us to check the accumulated combat experience, test optimal forms of troop employment and work out common approaches to warfare,” the press office quoted Central Military District Deputy Commander Lieutenant-General Yevgeny Poplavsky as saying.

This comes even as Turkey’s government has sent village guards to the border with Iran and deployed unmanned aerial vehicles (UAVs) to help stop ‘irregular’ migrant flows from Afghanistan. Turkish Interior Minister Süleyman Soylu said that Turkey is also extending a wall along the Iranian border to reinforce security. Turkey has successfully managed irregular migration from Syria and other parts of the Middle East, Soylu said on Twitter on Wednesday, responding to criticism from the main opposition Republican People’s Party (CHP) that the government was unable to control a recent influx of Afghan migrants. 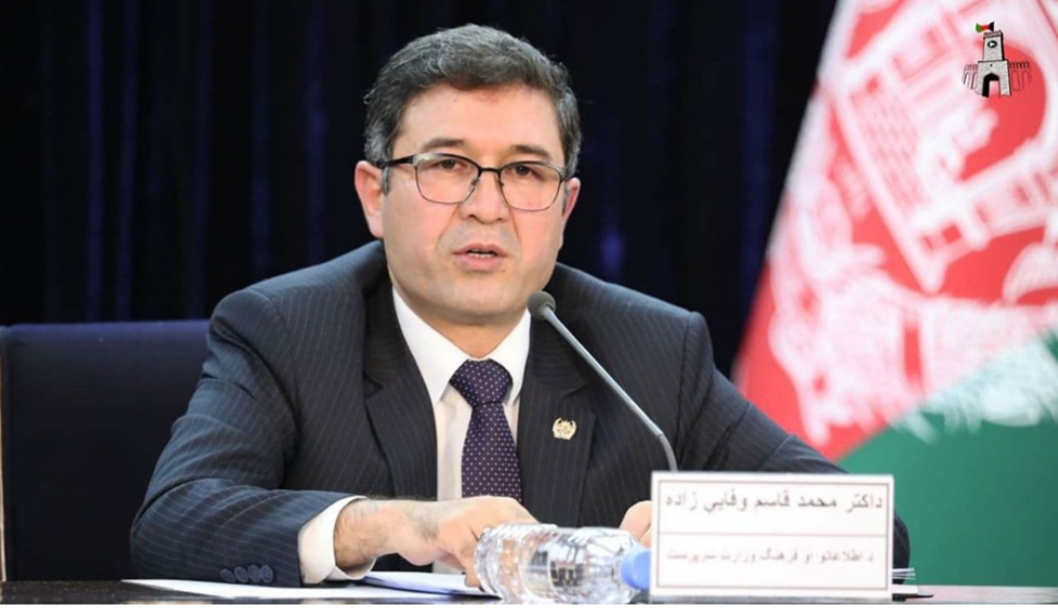 The government has deployed an additional 500 village guards and 82 armoured vehicles to the border to boost security, Soylu said. He said Turkey had prevented the illegal migration of 505,000 people in 2020 and an additional 253,000 this year. Turkish Foreign Minister Mevlüt Çavuşoğlu and NATO Secretary General Jens Stoltenberg also discussed the situation in Afghanistan in a phone call on Thursday. The two also discussed the latest developments in Afghanistan in light of the Taliban onslaught that seems to have intensified with the start of the final withdrawal of U.S. and NATO troops in late April.

Also, the Swiss State Secretariat for Migration External link (SEM) confirmed that the Afghan government had requested a three-month suspension of forced repatriations due to renewed fighting and the Covid-19 pandemic. However, the Swiss government has no plans to change its deportation policy, the Neue Zürcher Zeitung (NZZ) newspaper reported on Thursday.

Nevertheless, the SEM said it was aware of the “tense situation in Afghanistan” following fighting between government troops and Taliban forces over the past few weeks. It added that deportations would in practice only be carried out under “particularly favorable” conditions and in individual cases. There are currently 168 rejected asylum seekers in Switzerland awaiting deportation.

On the other hand, as the war intensifies in the country, the High Council of Imamia Ulema of Afghanistan said in a meeting in Kabul on Thursday that the current war in the country has no legal or Islamic legitimacy and that the government and the Taliban must negotiate. The members of the council said that while the US presence in Afghanistan is coming to an end, in the name of jihad in this country, innocent people should not be dragged to the ground and blood should not be used to achieve group and regional interests.

Mohammad Hussein Jafar Kunduzi, chairman of the council, said, “I call on both the government and the Taliban, now that foreigners are gone, what is your religious basis for shedding the blood of the people and why are you beating the drums of war?” Sayyed Jafar Adeli, a religious scholar, said: “The ulema must maintain their solidarity and carry out their responsibilities more than ever before.” The Council calls on religious scholars in the country to take a stand against the current war. “We call on the Organization of Islamic Cooperation, the leaders of Islamic countries and the United Nations to help the people of Afghanistan bring peace,” said Ali Reza Alizada, a religious scholar.

Minister of Higher Education Abbas Basir said on Thursday, that in recent years, there have been positive changes in the entrance exam process. According to him, the system of entrance exams is set up in such a way that the possibility of human intervention is reduced to zero and only the competence and readiness of the candidates is the criterion for success in this exam. He added that 58,326 candidates took part in the exam, of which 25,347 were girls. He noted that in the current situation, it is a significant figure.

On the other hand, he said at the meeting that the university courses will start on Saturday. However, he said that this is only applicable in provinces where the coronavirus level is below 35%. Meanwhile, Abdul Qadir Khamush, head of the National Examinations Office, said that the process of taking the entrance exam was organized in three stages, the first and second rounds of which included 33 provinces. According to him, the third round included the Kabul, which was postponed due to the spread of the coronavirus. Khamush stated that the results of the 1,400 national entrance exam in Afghanistan will be announced within the next ten days after the end of the next two rounds of Kabul, which will be taken tomorrow.