Kabul: Ajmal Omar Shinwari, a spokesperson for the armed forces, said on Thursday that the casualties inflicted on enemy personnel over the past three days are unprecedented in the last 20 years. He added that in the last 24 hours alone, 200 insurgents have been killed in operations in Helmand province.

The spokesman said that the country’s defense and security forces had carried out 179 different operations in eight provinces over the past five days, killing hundreds of insurgents and wounding hundreds more. Shinwari added that as a result of these operations, 60 people, including two ISIS members, have been arrested and 12 terrorist hideouts have been destroyed. The spokesperson for the country’s armed forces said 162 civilians had been killed and 22 others wounded in Taliban atrocities, including a suicide attack by the group.

He added that the Taliban had damaged public facilities by carrying out operations and bombings, destroying 172 schools in the past two months alone. Shinwari said that thousands of male and female students had been barred from attending school due to the destruction of schools and the escalation of Taliban attacks. Shinwari said the Taliban had proved that they did not adhere to any religious norms by attacking public and civilian facilities. He said hundreds of Taliban, including Pakistani and Chechen nationals, had been killed and hundreds more wounded during the operation. He added that two al-Qaeda fighters were among the wounded.

Also, officials said that Taliban fighters had attacked the provincial capital of Sar-e-Pul, but it was repulsed by the security forces. Hanif Rezaei, a spokesperson for the 209th Shaheen Corps, told RFE/RL that one of their checkpoints on the outskirts of Sar-e-Pul city was destroyed on Wednesday night following the start of the Taliban offensive.

“In the attacks on enemy gatherings on the outskirts of the city, 34 enemy terrorists, including one of their commanders, who was from Ghor province, were killed and 14 others were wounded. One of their bases was destroyed with a large quantity of weapons and equipment.” The Taliban have not yet commented. 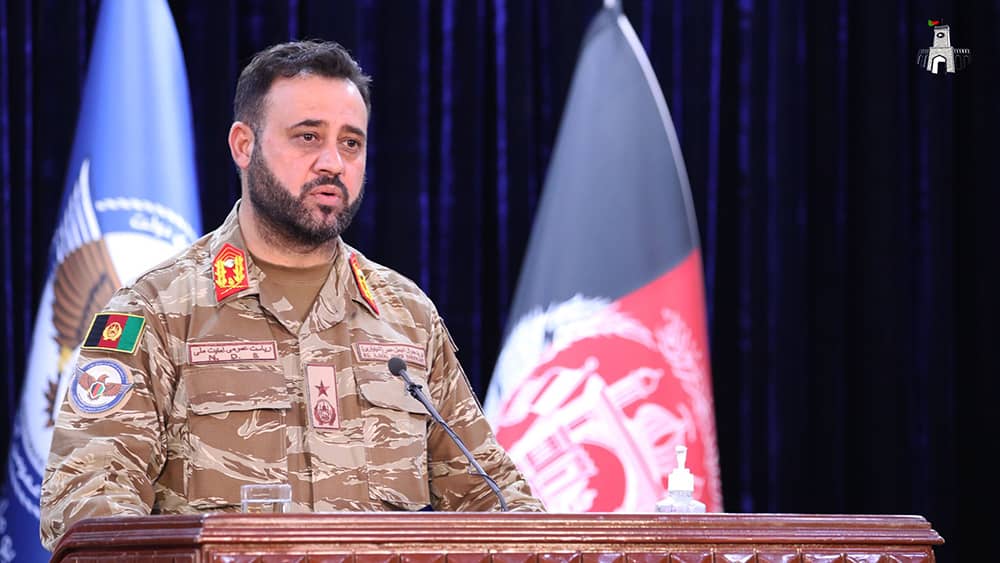 However, security officials in Jowzjan province said that the Taliban attack on Sheberghan, the provincial capital, has been repulsed. Jowzjan police chief Khwaja Jilani Abu Bakr told the Subhe Kabul daily that Taliban fighters entered parts of the southern city of Sheberghan on Wednesday night and clashed with security forces.

According to him, with the resistance of the security forces, the attack of Taliban fighters was repulsed. Abu Bakr said that Taliban fighters suffered heavy casualties during the clashes; but the exact casualties are not known. The Jowzjan Police said that Ezzatullah, one of the commanders of the popular uprisings, was also killed during the clashes. Abu Bakr added that on Thursday morning, police forces, in cooperation with soldiers affiliated with Marshal Abdul Rashid Dostum, cleared the villages of Khatun Qala and Sufi Qala, which had previously been under Taliban control.

Also, a senior commander of the Taliban group who was fighting against the people of Takhar in the Saraysang area of Taloqan was arrested by the popular uprisings forces.

Meanwhile, the Coordination Body of Provincial Councils released a resolution in support of the Government of the Islamic Republic of Afghanistan and the security and defense forces. The resolution stated that provincial councils do not want the achievements of the last two decades to be destroyed in various fields. “We support the security and defense forces. We know our national and Islamic duty and thank the government for its tireless efforts for the survival of the land, the Islamic system and the well-being of its people in the peace process.”

The resolution condemned the violence and said that the Taliban and other opposition groups enjoy killing civilians, disrespecting humanity, and destroying public utilities and do not believe in peace. “In addition to protecting the Islamic values of the country, the Afghan security and defense forces have always protected the rights of women and all human rights and the value of science and knowledge, and the provincial councils are determined to prevent the enemy’s sinister conspiracies,” the resolution stated.

Further the provincial councils called on the United Nations, the US and other countries and international organizations to support the legitimate and elected republican system as in the past and to continue to cooperate fully with it in the event of a crisis. However, the resolution also added that those who have not been convicted of serious crimes be released from prisons on humanitarian and compassionate grounds.

This comes even as the US Special Inspector General for Afghanistan Reconstruction (SIGAR) said that the country is establishing an “Afghanistan Security-Defense Cooperation Management Office” in Qatar with the support of the Afghan Defense and Security Forces. SIGAR said in a tweet on Wednesday that the United States has made plans to support the Afghan security and defense forces from Qatar and the structure of the Office of Management of Security and Defense Cooperation in Afghanistan.

According to the US Special Inspector General for Afghanistan Reconstruction, this office will be responsible for providing security assistance to the Afghan security and defense forces in carrying out attacks against the Taliban. The office also repairs and maintains Afghan forces fighters and aircrafts.