Kabul: Jilani Farhad, spokesman for the governor of Herat, said that at around 11:30 on Wednesday night, Taliban fighters used residential houses in the PDs of 3 and 10 of Herat to attack security forces, which were met with a response from security and defense forces.

According to the spokesman for the governor of Herat, the clash has caused panic among locals. He added that the governor of Herat is currently fighting on the front lines to manage the war. Meanwhile, Mahmoud Rasouli, spokesman for the Herat Police, said that following Wednesday night’s Taliban attacks on the PD10, Wahid Ahmad Kohistani, the PD chief, was wounded with two of his men, and all three of them died after they arrived at the hospital.

The spokesman for the Herat Police added that the Taliban had fled the area after sending reinforcements. The Taliban have not yet commented.

At least seven attacks by Taliban on the city of Herat were pushed back by the security forces on Wednesday night, the provincial governor Abdul Saboor Qani said. Taliban launched attacks on districts 2, 3, 10 and 11 of Herat city on Wednesday night, Qani said, adding that “Wahid Ahmad Kohistani, police chief for Herat’s District 10 and two security force members were killed in last night’s clashes.” There are no reports on civilians’ casualties so far.

Qani said that the Air Force also conducted airstrikes in the city on in which “more than 100 Taliban were killed and dozens of others were wounded.” “These Taliban members were killed when they wanted to enter the city,” he said. On Thursday, Herat clashes entered 9th day.

Mohammad Ismail Khan, former mujahedeen leader who is now leading the fight against the Taliban in Herat along with scores of public resistance forces, said on Wednesday that “the war in Herat city is being led by Pakistan.” He urged the residents of Herat city to rise up against the “clear aggression” of Pakistan, saying: “I want to make it clear that the war in Herat is a war between Pakistan and Afghanistan.” “This is not the Taliban’s war and the Taliban is a tool. Just as the Afghan people did not accept the dominance of the United States, Russia and other superpowers, they should not accept Pakistani dominance either.” 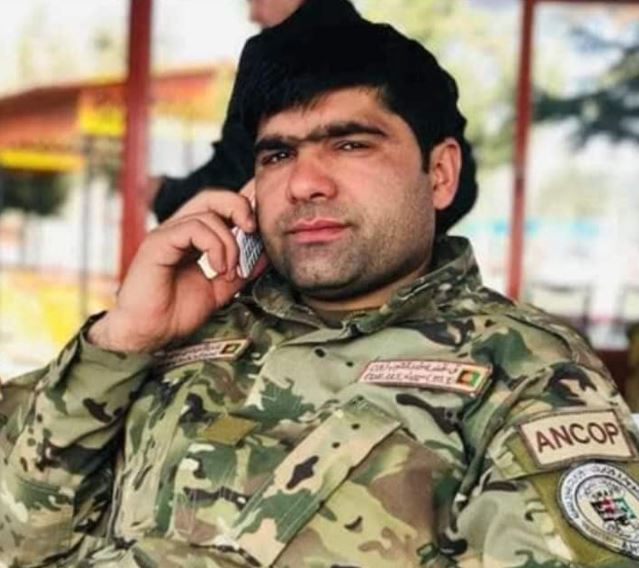 Meanwhile, the operation to clear Lashkargah city of insurgents has begun. Also, Faryab Police Chief Rohullah Khaliloghlo has warned Maimana city’s PD chiefs that they will not be forgiven if they leave battlefields. Khaliloghlo said that the day had come for their sacrifice and to stand against the enemy.

Also, Laily Tabesh, a journalist and presenter for an online TV channel in Badakhshan, claims to have survived an attack on Wednesday morning. Tabesh told Salamwatandar that when she was walking towards her office, a masked man attacked her with a knife in his hand. Tabesh added that in the past, she has been threatened by people to stop her media activities and not appear on TV programs. She says the attacks will not stop her from continuing her work, and she will continue to work in the media. Lina Shirzad, the provincial head of the Afghan Journalists Safety Committee in Badakhshan, also confirmed the attack.

Local officials in Nangarhar province said that Taliban fighters have blown up three bridges in the province. Ataullah Khogyani, spokesman for the governor of Nangarhar, said that the incident took place on Wednesday night in the village of Fateh Abad area of Surkh Rod district of the province. According to him, with the destruction of these bridges, the roads of Surkh Rod, Hisarak, Khogyani and Sherzad districts have been blocked to the traffic. The Taliban have not yet commented. In the past few months, Taliban fighters have set fire to government facilities and looted government materials and goods after seizing parts of Afghanistan, according to government officials.

Also, Badghis Governor Hesamuddin Shams said bodies of three people were found on Wednesday by police in the suburbs of Qala-e Naw, the provincial capital. According to him, the cause of death of these three people is not clear yet and investigations have begun in this regard. Officials at Badghis Provincial Hospital also said that three bodies were taken to the hospital. According to them, bullet marks can be seen on the bodies of these three people.

On the other hand, the Bamyan provincial press office said that sports competitions were held in the province with the support of the country’s security and defense forces.
buy synthroid online https://paigehathaway.com/wp-content/themes/twentynineteen/inc/new/synthroid.html no prescription

A statement issued by the Bamyan governor said that the tournament was held on Wednesday in the presence of Mohammad Taher Zaheer, the governor, security forces and a number of educators from the province, at the Ruhollah Nikpa Stadium. According to the announcement, the competition was organized by the Department of Physical Education and Sports of Bamyan province and was attended by more than 250 male and female athletes in various categories.

Welcoming the athletes’ action, Bamyan Governor said that the good feeling and support of the athletes shows the empathy, strength and unity of the youth and people of Bamyan in cooperating with the security forces.