Kabul: Two mines with remote control and mobile system were defused in the area of Darwaze Malek in Herat by the engineering team of Herat Police.

The mines were planted by the armed opposition to target the security forces and the people, which were discovered and defused, as per the Herat Press and Public Relations Department.

Also, on Friday night, joint defense and security forces, backed by artillery and air forces, completely repulsed several Taliban attacks in Sayed Karam and Ahmad Aba districts, and Qala-e Sadiq, Choni and Robat areas of Gardez, the provincial capital of Paktia province. As a result, according to initial reports, more than 35 Taliban terrorists were killed and more than 20 Taliban terrorists were wounded, including foreign terrorists.

Also, four different vehicles and much of the enemies’ weapons and ammunition were destroyed. Unfortunately, five members of the defense and security forces were killed and eight others were wounded in these clashes.

Meanwhile, in other news, the rapid deterioration of the security situation in Afghanistan is a “serious matter”, Indian External Affairs Minister S Jaishankar said on Saturday after meeting Qatari special envoy for conflict resolution Mutlaq bin Majed Al-Qahtani. Al-Qahtani, the Special Envoy of the Foreign Minister of Qatar for Counter-terrorism and Mediation of Conflict Resolution, is on a visit to India ostensibly to discuss the latest developments in Afghanistan.

In a series of tweets, Jaishankar said a peaceful and stable Afghanistan requires that the rights and interests of all sections of the society are promoted and protected. “Pleased to receive Qatar Special Envoy Mutlaq bin Majed Al-Qahtani. Shared the Indian perspective on recent developments in Afghanistan. Also, the concerns of the region that I heard during recent interactions,” he said.

“Rapid deterioration of the security situation is a serious matter. A peaceful and stable Afghanistan requires that the rights and interests of all sections of society are promoted and protected,” the external affairs minister added. Al-Qahtani had played a key role in the Afghan peace process and his visit to India comes amid mounting global concerns over escalating violence by the Taliban in Afghanistan. On Friday, Al-Qahtani met J P Singh, the Joint Secretary in the Pakistan-Afghanistan-Iran division in the Ministry of External Affairs. Mr Singh has been India’s point-person for Afghanistan.

As a key stakeholder in Afghanistan’s stability, India has been holding talks with countries of the region and all leading players on the fast-evolving situation in the war-torn country. Qatar’s capital Doha has been the venue for the intra-Afghan peace talks and the Gulf country has emerged as a crucial player in facilitating the Afghan peace process. Al-Qahtani’s visit to India also comes days ahead of talks among Russia, China, the US and Pakistan on the situation in Afghanistan. The ”extended Troika” convened by Russia is scheduled to be held in Doha on August 11. India has been supporting a national peace and reconciliation process that is Afghan-led, Afghan-owned and Afghan-controlled. 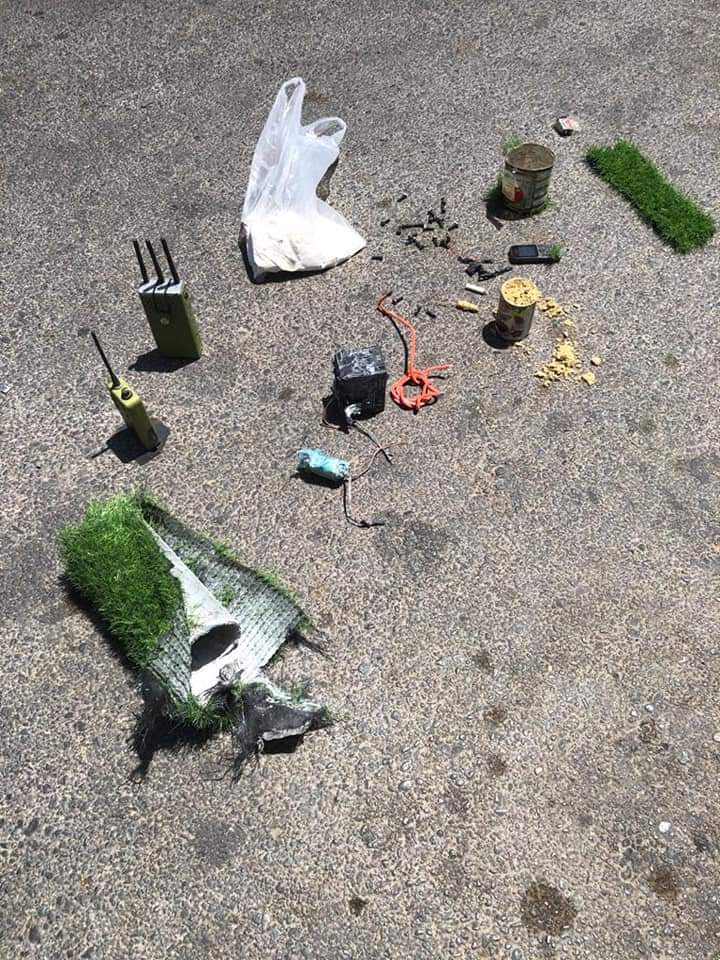 Also, as clashes between government forces and Taliban militants intensify, Khodadad Saleh, head of the Ulema Council of western zone has called for a ceasefire by the Afghan government and the Taliban. Speaking at a public conference at the Herat Grand Mosque on Saturday, Saleh said that continuing the war is not in the interests of either side.

According to him, the continuation of the war in Herat has no consequences other than destruction. However, Herat Governor Abdul Sabur Qane also insists on suppressing the Taliban. He told reporters that the security situation in Herat had improved and that Taliban movements had decreased in the past 72 hours.

He added that the initiative was now being taken by government forces and that they had launched targeted operations to suppress the Taliban. Herat National Security Chief Hasib Siddiqi also said that between 300 and 350 Taliban fighters had been killed during the recent war in Herat. According to him, among the Taliban killed were foreign fighters. With the beginning of the Taliban attacks in the districts of Herat, a movement called the “People’s Resistance of Herat” was formed on the axis of Mohammad Ismail Khan, and a large number of Herati people took up arms to defend the city against the Taliban.

On the other hand, the UN High Commissioner for Refugees (UNHCR), Filippo Grandi has expressed concern about the growing number of internally and externally displaced people due to insecurity and the continuing conflict in Afghanistan.

Grandi tweeted on Saturday that an emergency solution is needed to end the conflict in Afghanistan; otherwise, forced displacement will be just one of the catastrophic human consequences of political failure. Grandi raised the issue as legal and illegal immigration increased following the Taliban’s attacks in a number of provinces and the fall of districts, and thousands of other families inside Afghanistan fled their homes and have been displaced.

Recently, the Afghan Independent Human Rights Commission (AIHRC) announced that since the fall of Ghazni’s Malistan district, more than 2,500 families have been displaced from the district to Kabul and Nawur and Jaghori districts without access to health, education and shelter services. In another report released on Wednesday, the commission said that in the past six months, more than 62,000 families have been forced to flee their homes due to insecurity and violence by armed groups.