Kabul: The Ministry of Justice has announced that in the first six months of the 1,400 solar fiscal year, it has issued operating licenses to 551 social institutions.

A statement issued by the Ministry of Justice on Saturday, said, “These institutions include organizations, associations, councils, and foundations.” 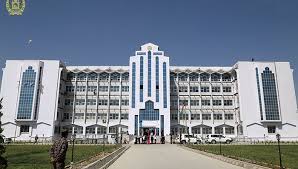 The Ministry of Justice has said that 240 institutions are currently in the process of submitting documents, which will be finalized soon. The ministry added that during this period, the activities of social institutions in the center and a number of provinces were monitored, and some of them were fined for non-compliance with the law.

In other news, the Railway Authority said that at around 8am on Saturday, a car carrying three Afghan Railway Authority employees on duty was targeted by a roadside mine in the PD12 of Kabul. Unfortunately, as a result of this incident, two employees of the Authority, including the driver of the car, suffered severe injuries, and another one received minor injuries, and the car was completely destroyed. The Railway Authority of Afghanistan condemned the targeting of employees of government offices and public utility facilities as crimes against humanity, enmity against the country’s progress and acts against Islamic and national values, and strongly condemns this terrorist incident and its perpetrators.