Kabul: The Taliban captured Sheberghan city in Jowzjan, the deputy governor said, the second Afghan provincial capital to fall to the insurgents in less than 24 hours.

According to credible sources, who confirmed the reports, the Taliban have claimed control of the provincial capital, police headquarters, the National Directorate of Security (NDS) and the Jowzjan prison building in Sheberghan.

“The (government) forces and officials have retreated to the airport,” Jowzjan deputy governor Qader Malia told AFP. The city is home to Abdul Rashid Dostum, who only returned to Afghanistan this week from medical treatment in Turkey.

Mohammad Karim Jowzjani, a representative of the Jowzjan people in the House of Representatives, also said that the center of Sheberghan is currently under the control of the Taliban.

A credible source in northern Afghanistan says Taliban fighters have released prisoners after capturing the Sheberghan prison building, killing the prison director and several of his men. Meanwhile, some sources close to Marshal Dostum say that the Taliban have mobilized their fighters from neighboring Jowzjan provinces to attack the city of Sheberghan.

Local officials in Jawzjan have not yet commented on the latest details of the fighting in Sheberghan. It was reported yesterday that parts of the city of Sheberghan, including the police headquarter, Bandar-e Andkhoy and Dostum Palace, had fallen to the Taliban. Later in the day, the Ministry of Defense announced that the security and defense forces had completely cleared the city of Sheberghan of the Taliban.

On Friday, Zaranj city in Nimroz fell to the Taliban “without a fight”, according to its deputy governor, becoming the first provincial capital to be taken by the insurgents. There was more resistance in Sheberghan, several sources told AFP, but an aide to Dostum confirmed the city had been taken.
This comes even as Marshal Abdul Rashid Dostum, the leader of the Islamic National Movement Party, met with President Mohammad Ashraf Ghani on Saturday. Ehsan Niroo, a spokesman for the party, told Hashte Subh daily that Marshal Dostum had suggested to President Ghani that the government should declare military status in the country. 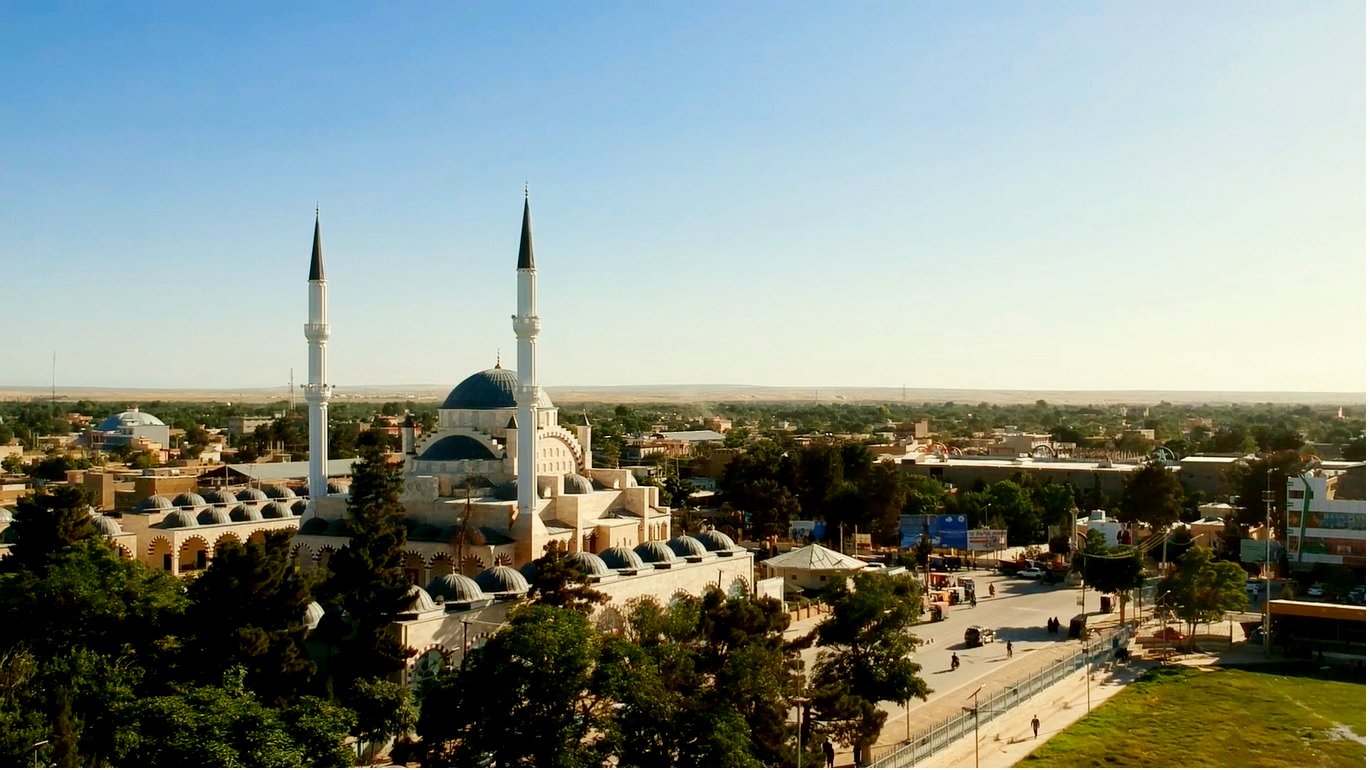 The declaration in the country is part of Marshall Dostum’s security plan, which, according to Niroo, has not been rejected by President Ghani. Ehsan Niroo says that Marshal Dostum has proposed that a large meeting be held in one of the commando units with the presence of political leaders and that the military situation in the country be announced.

He suggested that the plan might be formally implemented in the next two days. The spokesman said that addressing the general situation in the country, the northern and northeastern provinces was one of the topics of discussion between Marshal Abdul Rashid Dostum and President Ghani.

He stated that Marshal Dostum had proposed an extraordinary security meeting, which was accepted by the president. He added that the security of Kabul city and its belts, Hamid Karzai International Airport, the establishment of a regular force in the north of the country and the monitoring of the situation in Kabul city by national security are other pillars of Marshall Dostum’s security plan. Due to the security situation in Sheberghan, Marshal Dostum has proposed to the President to send 500 special forces to Jowzjan, which has been accepted by President Ghani.

On the other hand, health sources in Kunduz province confirm that at least 11 civilians have been killed in clashes between government forces and Taliban fighters in Kunduz city.

Ehsanullah Fazli, the director of public health in Kunduz, told Etilaat Roz daily that the bodies of civilians had been transferred to Kunduz hospitals from late last night until 1:30 pm today (Saturday). Fazli added that during this period, 41 wounded people were transferred to hospitals in Kunduz from the outskirts of Kunduz. On the other hand, the director of Kunduz Public Health said that the clashes are currently sporadic in several parts of Kunduz city. He added that the traffic routes in these sections are now completely closed to traffic.

On the other hand, security sources confirm that an Air Force pilot was killed in an explosion in Chahar Asyab district of Kabul province. According to the source, the explosion took place at 11:30 am on Saturday, in the village of Chaharso in the Chahar Asyab district. The source added that the explosion took place in the personal vehicle of the pilot. Five other civilians were injured in the blast. The Taliban claimed responsibility for the attack.

Earlier, various groups in Herat spontaneously declared their support for the security, defense and popular resistance forces, as per the Herat Press and Public Relations Department.

Meanwhile, in a press conference, Herat Governor Abdul Sabur Qane praised the support of Herat citizens for the security and defense forces in suppressing the Taliban and said, “In the last 72 hours, Taliban movements and attacks have been severely reduced and the movement of the enemy has been prevented.”

The governor of Herat added: “The security forces have started their targeted operations to eliminate terrorist elements and the initiative is in the hands of the security and defense forces. The governor of Herat emphasized that the hard days of Herat are over and the life of ordinary citizens has become normal. General Sayed Merajuddin Sadat Herat Police Chief also assures that security forces with high morale, will suppress the enemy and continue clearing operations.

Gen. Hasibullah Siddiqi, head of NDS in Herat province, said the enemy’s conspiracies had been foiled, adding: “In one week, 300 to 350 Taliban fighters were killed in the city of Herat.” He announced the battle lines are on the outskirts of Herat city, adding: “The security forces are conducting their operations with caution in order to prevent casualties.” He also announced that foreign fighters had been seen among the enemy killed.