Kabul: Local sources on Sunday said that Babur Ishchi, the head of Jowzjan provincial council, has surrendered to the Taliban. Sources say that Ishchi fought with the Taliban for more than an hour on a hill in the Khwaja Du Koh district of the province on Saturday, but was forced to surrender to the Taliban with 20 of his subordinates due to lack of aid.

According to sources, the Taliban released all his subordinates, but took Babur Ishchi with his brother Batur. A relative of Ishchi says that the fate of Babur Ishchi is still unknown. Official sources have not yet said anything. The Taliban also said in a statement that Babur Ishchi and 20 of his subordinates had surrendered to the group on Saturday evening. In fact, the Ministry of Defense said that on Saturday night, the air force targeted Taliban insurgents in Lashkar Gah, the capital of Helmand province. As a result, Mawlavi Hijrat, a prominent Taliban commander responsible for the offensive operations of the group in the province, was killed. And special commando forces launched a clearing operation in the capital of Ghazni province on Saturday night. As a result, a Pakistani terrorist was arrested.

On the other hand, following the capture of Jowzjan provincial capital in the north and Nimruz province in the west, US President Joe Biden has ordered the US military to target Taliban positions with B-52 assault rifles. The British Daily Mail reports that Joe Biden issued the order to prevent Afghan cities from falling to the Taliban. 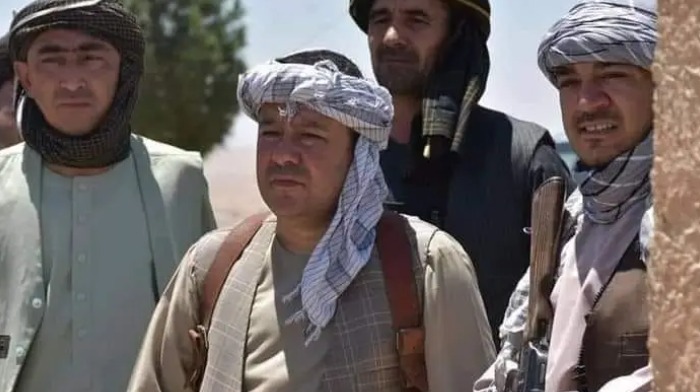 Also, some people flocked to loot public property from government institutions in the city of Zaranj, the capital of Nimroz province, after it fell to the Taliban on Friday, sparking strong reaction from residents of other provinces, as well as, religious scholars. Many videos were released following the fall of Zaranj to the Taliban showing people carrying equipment as they took them out of government institutions, including governor’s compound.

Another footage from Zaranj shows prisoners escaping the main provincial prison. A similar scenario happened in Sheberghan, the capital of Jawzjan in northern Afghanistan, after it fell to the Taliban on Saturday. “This shows the Taliban has no plan for governance or for providing service to the people,” presidential adviser Shahussain Murtazawi said. “This time, Talibs are following the policy of looting.”

“I have already mentioned that if the Taliban had the will to build, they should first come up with peace, sit with Afghans and build this country together,” Zabul provincial council’s chairman Ata Jan Haq Bayan said. Religious scholars also condemned indifference to protection of public property by the people.

As violence continues in the country, the government said last month that in the districts recently seized by the Taliban, essential government services have been halted, and a large number of civil servants have been harmed, or displaced from their areas to provincial capitals. According to government findings, the Taliban either torched or destroyed 260 government buildings and assets in 116 districts.

The findings show that 13 million Afghans have been deprived of social services in the Taliban-held areas and 50,000 employees, including women, have been affected in areas under the influence of the group. Taliban has rejected the findings. The group announced on Saturday that all government employees “will be safe” in areas under their control.

On the other hand, the U.S. Embassy in Afghanistan also condemned the Taliban seizure of cities. “We condemn the Taliban’s violent new offensive against Afghan cities. This includes the unlawful seizure of Zaranj, the capital of Afghanistan’s Nimroz province, the attack on Sheberghan, capital of Jowzjan province yesterday and today, and continuing efforts to take over Lashkar Gah in Helmand and provincial capitals elsewhere,” the statement read.

“These Taliban actions to forcibly impose its rule are unacceptable and contradict its claim to support a negotiated settlement in the Doha peace process. They demonstrate wanton disregard for the welfare and rights of civilians and will worsen this country’s humanitarian crisis. We call for the Taliban to agree to a permanent and comprehensive ceasefire and to engage fully in peace negotiations to end the suffering of the Afghan people and pave the way for an inclusive political settlement that benefits all Afghans and ensures that Afghanistan does not again serve as a safe haven for terrorists,” the statement added.