Kabul: Paktia police say that 12 members of a family were killed and two others were injured when a Taliban roadside bomb exploded in Paktia’s Sayed Karam district.

Hayatullah Nezami Ahmadzai, spokesman for the Paktia Police, said that a mine had exploded in the Chaniya area of Sayed Karam district of Paktia province Saturday night. Nezami said 12 people, including women and children, were killed and two others were injured in the blast.

The Paktia police spokesman said the mine had been planted on the highway. The Taliban have not yet commented.

Meanwhile, Abdul Ahad Torial Kakar, a member of the Kunduz Provincial Council, told Subhe Kabul daily that clashes had been going on in Kunduz for several days and that Taliban fighters had entered the city on Sunday morning. On the other hand, other sources in Kunduz province say that Taliban fighters have taken control of the prison in the province and released their prisoners.

Security officials have not yet commented on the matter. However, commandos launched a clearance operation at the General Abdul Raziq square and the headquarters of the Kunduz National Radio and Television. As a result, the mentioned areas were cleared of Taliban. 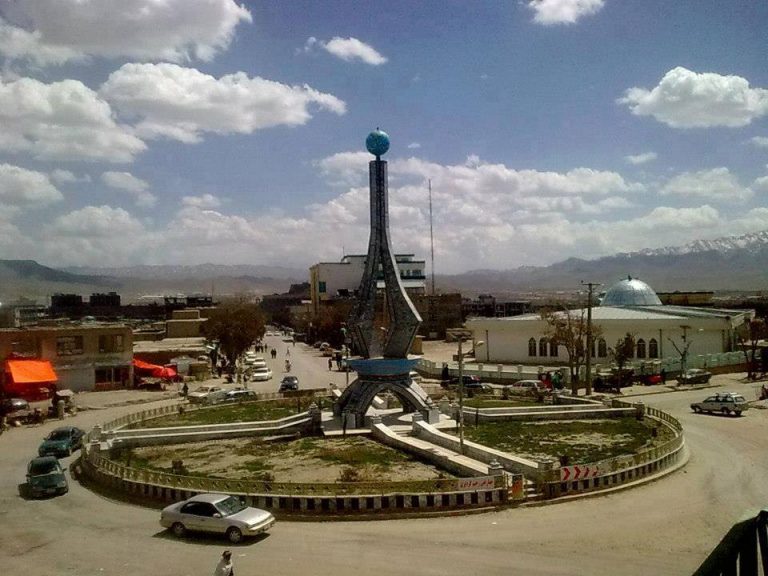 Meanwhile, a security source in Ghazni province confirmed that Taliban fighters have abducted two policewomen in the provincial capital. The source, who spoke on the condition of anonymity, told Etilaat roz daily that the Taliban had taken the two policewomen from the Sai Ganj area in the PD1 of Ghazni city. According to him, the Taliban abducted them on their way home from work. They have now been transferred to an unknown location by the Taliban.

In other news, for about a month now, seven commercial ports have fallen to the Taliban. The Taliban control the ports of Islam Qala, Torghundi, Aqina, Sher Khan Bandar, Abu Nasr Farahi, Spin Boldak and Dand-e Patan in Paktia. The collapse of these ports, however, did not have much effect on prices. Only the prices of oil (fuel), flour, and cooking oil have risen, which has little to do with the collapse of the ports, because trade in these ports and the ports owned by the Afghan government is normal, as per officials of the Afghan chamber of commerce and investment. The rate of other materials is the same as when the ports were in the hands of the government. Material prices have not risen in the ports because the Taliban receive the same amount of tax from commercial goods as they used to from commercial vehicles on the highways.

Afghanistan Chamber of Commerce and Investment says that the price of only three items in the market has risen due to the collapse of ports. According to Khan Jan Alokozai, the chamber’s deputy, oil prices have risen because the Taliban are stopping tankers carrying them on the road on suspicion of reaching government forces and the price of flour, he said, will reduce soon.

The Taliban closed the Spin Boldak crossing yesterday and announced that the Taliban would not reopen the border crossing until Islamabad resumes issuing visas to AFG nationals. Khan Jan Alokozai also confirms that the Taliban are taking the same amount of tax from traders as they used to take on highways. According to him, the Taliban collect up to 120,000 afghanis from each container of commercial goods.

Meanwhile, the Ministry of Finance, however, has announced that the government’s revenue from ports has decreased by more than $2 billion afghanis compared to two months ago. Rafi Tabe, a spokesman for the ministry, told the Etilaat Roz daily that the Ministry of Finance has shut down ports of Islam Qala, Torghundi, Abu Nasr Farahi, Spin Boldak, Ay Khanum, Dand-e Patan and Sher Khan Bandar.

The Ministry of Finance is talking about a decrease in customs revenue while the government’s customs activity is taking place in border cities. The provincial capitals of Herat, Helmand, Jawzjan, Takhar and Kunduz are under heavy Taliban attacks. Businessmen are worried that war will spread to urban centers and warn that if the situation does not improve, trade in Afghanistan will stagnate. Khan Jan Alokozai expressed concern about the war in the cities, saying that if this continued, it would severely damage trade and cause traders to withdraw their capital. He cites as an example the burning of two markets in Lashkar Gah as a result of the war, which caused huge financial losses to merchants and traders.