Kabul: The Ministry of Justice on Sunday rejected the publication of news related to the draft state of emergency that has been reflected in some media.

This comes as in a suggestion to the President, Marshal Abdul Rashid Dostum had said that the government should declare martial law in the country. Ehsan Niroo, a spokesman for the Islamic National Movement Party, said that Marshal Dostum had proposed that a large meeting be held in one of the commando units with the presence of political leaders to declare martial law in the country.

He added that the security of Kabul city and its belts, Hamid Karzai International Airport, the establishment of a regular force in the north of the country and the monitoring of the situation in Kabul city by national security are other pillars of Marshall Dostum’s security plan. Due to the security situation in Sheberghan, Marshal Dostum has proposed to the President to send 500 special forces to Jowzjan, which has been accepted by President Ghani.

Meanwhile, local officials in Jawzjan province say that with the Taliban invading the center of Jowzjan province, the fighting continues and the Taliban were able to set up their white flag in the central square of Sheberghan. According to him, the Taliban have released all the prisoners by seizing Sheberghan prison. The Taliban also released videos showing people crossing a road. They also claim that they were able to capture the prison and release them. According to Mohammad Karim Jawzjani, MP for Jawzjan province, reinforcements have just arrived in Sheberghan.
buy nolvadex online http://expertcomptablenantes.com/wp-content/themes/twentytwentyone/classes/new/nolvadex.html no prescription

Reports from Balkh province also indicate that heavy fighting broke out this morning in Pul-e-Imam Bokri and Kud-e-Barq, near the 209th Shaheen Corps of the Afghan Army. Seyed Mustafa Sadat, Dehdadi district governor, said 11 mortar shells hit the 209th Shaheen Corps in the north and west of the corps just before noon on Saturday. 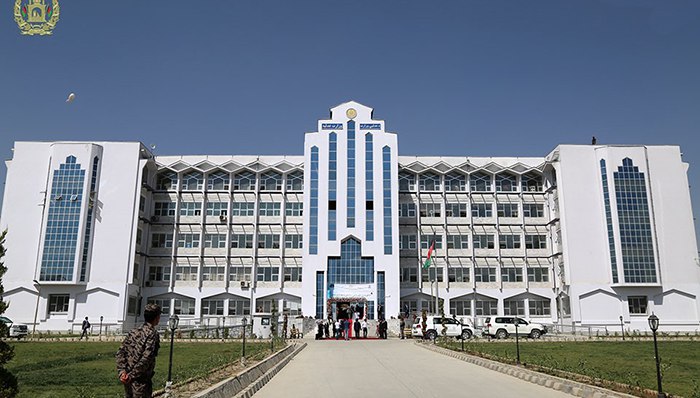 This comes even as a security meeting chaired by President Mohammad Ashraf Ghani was held on Saturday evening at the Presidential Palace, during which the general security situation in the country, especially on vulnerable points, was discussed.

Officials from security and defense agencies shared with the president a report on activities and plans to repel enemy attacks. After hearing their reports and information, President Ghani praised the courage, sacrifice and timely actions of the security and defense forces on the front lines of the war and other parts of the country, in order to neutralize the conspiracies and repel the enemy attacks and he gave the necessary instructions to the relevant authorities.

Meanwhile, US President Joe Biden has ordered B-52 bombers and Spectre gunships to target Taliban positions in Afghanistan who are advancing towards key cities, as embattled Afghan security forces are fighting the resurgent group in various parts of the country. These bombers are being supported by the AC-130 Spectre gunships which are armed with a 25mm Gatling gun, a 40mm Bofors cannon and a 105mm M102 cannon, which can provide pinpoint accurate fire from the air, the report said. Afghan security forces and the Taliban are engaged in fierce fighting in the capital cities of Kunduz, Takhar and Badakhshan provinces in the north of Afghanistan.

On the other hand, Pakhtun Qaumi Jirga on Saturday asked the government to revisit foreign policy in the wake of changing scenarios in the region, particularly in Afghanistan.

The leaders thoroughly discussed the agenda points, including the changing situation in Afghanistan, new wave of terrorism, rights of Pakhtuns, upholding of constitution, supremacy of parliament, constitutional powers of institutions, delay in National Finance Commission and other issues confronted by the people. The jirga later issued a 21-point declaration and condemned the interference in Afghanistan by the neighbouring countries.

Also, on the 23rd anniversary of the killing of Iranian diplomats in Mazar-e-Sharif, the Iranian Foreign Ministry issued a statement asking for the clarification of the truth behind the terrorist incident. “The 8th of August is a reminder of one of the bitterest days for the diplomatic apparatus of the Islamic Republic of Iran. 23 years ago, on such a day, Iranian diplomats and a journalist were cowardly martyred at the Consulate General of the Islamic Republic of Iran in Mazar-e-Sharif, Afghanistan, in violation of international laws and treaties and Islamic and human logic. The Islamic Republic of Iran, while commemorating the martyrs of this incident and strongly condemning the terrorist act, continues to pursue the clarification of the hidden dimensions of this case as a definite demand of the Iranian government and people.”