Kabul: Local officials in Kandahar province said that all civilian flights have been suspended following Taliban rocket attacks on parts of the province’s airport.

Massoud Ahmad Pashtun, director of Ahmad Shah Abdali Airport, told VOA on Sunday that the Taliban had fired several rockets at parts of the airport at 10am on Sunday, but that no damage had been seen. “When the airport is hit by rockets, it is natural that airlines will not risk the lives of their passengers,” Pashtun added.

The head of the airport stressed that civilian flights from the airport would resume soon. It is said that several rockets hit parts of the airport. Kandahar Airport is located 30 km from Kandahar city. In parts of this airport, there are several important military centers, including the 205th Atal Corps.

Afghan officials said that Afghan forces recaptured parts of Dand district on Saturday and clashes between the two sides are ongoing in the district. The Taliban have not yet commented on the rocket attacks on Kandahar airport.

On the other hand, the Independent Directorate of Local Governance stated that the new commando special forces were deployed in Faizabad, the capital of Badakhshan, to suppress the enemies of peace and stability of the Afghan people.

Also, 260 soldiers in Kabul and 127 soldiers and brigadiers in Kandahar joined the ANA on Sunday after receiving advanced training and are scheduled to go to the battlefields to defend the lives and property of the people. Soldiers who volunteered to join ANA pledged to defend Afghanistan. And the NDS has arrested an individual with 125kg of explosives in Surkh Rod district, Nangarhar province, as per the Provincial Governor’s Office 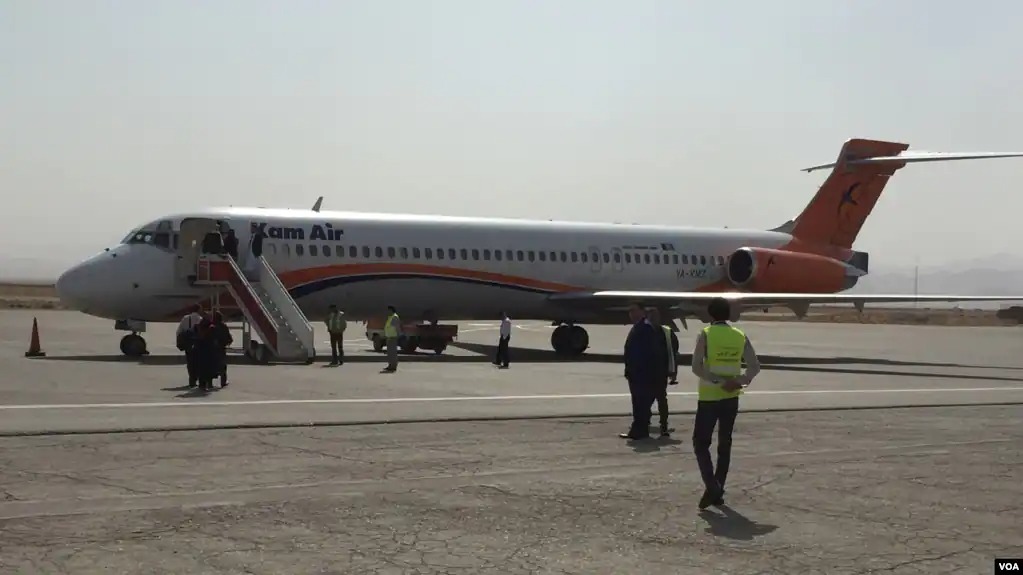 President Ghani also met with Hizb-e Wahdat Party leader, Mohammad Karim Khalili, at the Presidential Palace and discussed the security situation. Khalili announced his support for the republic system, ANDSF, preservation of the values of the past 2 decades, and strengthening a unified position against the enemy, as per the Presidential Palace statement.

Meanwhile, the ongoing war and severe drought in Afghanistan have increased the number of malnourished children to more than three million. An official from the United Nations Children’s Fund (UNICEF) in Afghanistan has called the current situation in Afghanistan “devastating” given the escalation of the conflict and the severity of the drought.

Most Afghan children have been affected by the situation, Mustapha Ben Messaoud, Chief Field Operations, UNICEF Afghanistan, told RFE / RL. “The news is shocking, but not surprising. Drought has been declared in recent weeks and the war has reached a deadly and destructive stage. While children have been forced to flee their homes, most of the time they are not fed healthily,” said Messaoud. “They do not even know where their other food will come from.”

According to Messaoud, UNICEF is assisting 11 of its partner agencies in delivering food and other necessities to combat this humanitarian crisis. UNICEF says Ready-to-Use Therapeutic Food (RUTF) distributes ready-to-use therapeutic food in a number of Afghan provinces.

Messaoud predicts that by the end of this year, one in two children under the age of five in Afghanistan will be mentally ill or malnourished due to malnutrition and will not be able to attend school. Meanwhile, an official from the Afghan Ministry of Public Health told RFE / RL on Saturday that about half of Afghanistan’s population lives below the poverty line, which he said has been exacerbated by recent wars and severe droughts. Mursal Manati, director of nutrition at the Afghan Ministry of Public Health, said most children were affected.

According to Mursal Manati, the number of people with malnutrition in Afghanistan is growing by 15 percent annually.