Kabul: Local sources in Takhar province said that the Taliban have stepped up their attacks on security positions in Taloqan. The head of the Takhar Provincial Council says fighting is raging in the suburbs.

According to these sources, the Taliban have taken control of parts of the city, but security forces are fiercely resisting the group’s fighters. The men said that the battlefield needs air support and reinforcements, given the scale of the Taliban offensive.

The sources warn that the Taliban may advance if reinforcements do not arrive and air support is not provided to front-line troops. Wafiullah Rahmani, chairman of the Takhar Provincial Council, told 8Sobh that the fighting was taking place in the Pul-e Marshall area and the PD3 on the outskirts of the city.

The head of the Takhar Provincial Council said locals are fighting alongside security forces against the Taliban, but need reinforcements. Rahmani called on the central government to provide air support to the frontline forces and to send reinforcements.

According to reports, 137 government and civilian forces have been killed in the city of Taloqan in the past two months following repeated Taliban attacks. The Taliban had previously taken control of Takhar districts, but the group’s attack on the city of Taloqan met with fierce resistance from security forces. 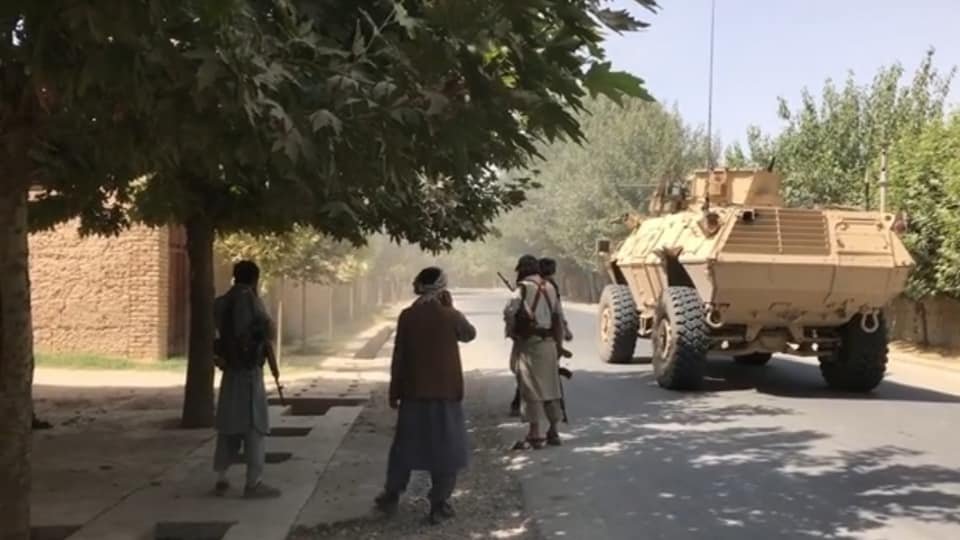 The Taliban have also attacked the capital of Kunduz province, which borders Takhar province. Parts of Kunduz city have fallen as a result of the Taliban attack. On the other hand, security forces, especially army commandos, have launched a clean-up operation in the city of Kunduz. On the other hand, local officials said that the Taliban have launched an offensive in the Astana Kalan area of Panjshir province. They said that a group of 70 Taliban insurgents had attacked the area on the border between Abshar Panjshir and Shahin district in Laghman province.

Mohammad Sohrab Sohrab, Abshar district governor of Panjshir province, confirmed the news. According to Sohrab, there are no reports of casualties in these armed clashes. Panjshir borders seven provinces, including Laghman, Nuristan and Badakhshan.

Nizami told a news conference that the reflection of anti-corruption efforts in the country’s offices in international reports shows the international community’s satisfaction with the government’s performance in fighting corruption in Afghanistan. Farukh Leqa Onchizada, deputy head of the Anti-Corruption Commission, stated that the signing of this commitment obliges the Afghan government to share the full plan and time frame of its self-assessment process in the fight against corruption with civil society and the public.