Kabul: The Turkish Armed Forces (TSK) is ready to operate the Hamid Karzai Airport in Kabul if the conditions are met by its interlocutors, Defense Minister Hulusi Akar said. Turkey has done its best for the safety and prosperity of the Afghan people, the minister said, speaking at a military ceremony.

Reiterating that the country has been working for 20 years to bring peace to Afghanistan, Akar stated that Turkey has been operating the Hamid Karzai International Airport in Kabul for the last six years and wants to continue managing the airport to support Afghans. “If the conditions are met, we are willing to run this airport to meet the security, peace and necessities of our Afghan brothers, to support our Afghan brothers. Our discussions are ongoing on the matter,” he stated.

Ankara has been running the military and logistic operations of the Kabul airport for six years as part of the NATO-led Resolute Support Mission. Turkey proposed to secure and manage the airport in Kabul after the NATO troops end its mission as a Resolute Support Mission in September. The issue was also discussed at the NATO Leaders’ Summit held in Brussels, as well as at the tête-à-tête meeting between President Recep Tayyip Erdoğan and U.S. President Joe Biden. 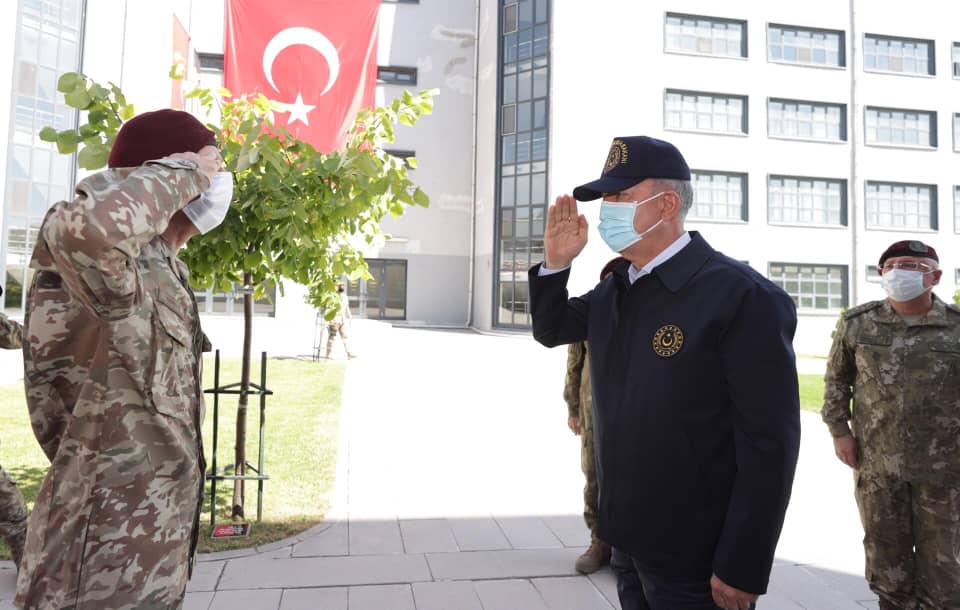 Ankara has asked the U.S. to meet the airport operating cost, which varies between $80 million and $130 million annually. Turkey also wants that some of the defense facilities of the U.S. military for the security of the airport to remain in Kabul and that the U.S. Army continues the logistics support. Ankara expects the mission should have an international statute.

In other news, Toofan Omari, the prosecutor for combating internal and external security crimes at the Bagram Prison Justice Center and a former reporter for the Hashte Subh daily, was assassinated in the Dehsabz district of Kabul province.

Jamshid Rasouli, spokesperson for the Attorney General’s Office, told Hashte Subh daily that the incident took place on Sunday, in Dehsabz district. According to Rasouli, Toofan Omari was on duty at Bagram Prison and was killed in a “terrorist” attack while returning to Kabul in Kabul’s Dehsabz district.

Toofan Omari previously worked as a reporter for the Hashte Subh daily in Paktia province and the southeastern part of the country. He was also in charge of Paktia Voice Radio. No individual or group has claimed responsibility for the assassination.