Kabul: The defense and security forces repulsed the enemy’s offensive attacks in Shir Darwaza, Purak and Poza Niazi areas of Mohammad Agha district of Logar province on Sunday night and were completely defeated.

As a result, 14 Taliban terrorists were killed and three others were wounded. Weapons and ammunition of the enemy were also destroyed.

Also, as per the 215 Maiwand Corps, the Afghan Air Force once again launched airstrikes on the Taliban offensive in Helmand provincial police headquarters on Monday morning. As a result of initial reports, 45 Taliban terrorists were killed and wounded during the strikes. The operation to clear the city of Lashkargah of terrorists continues successfully.

However, sources in Samangan told Salamwatandar that the Taliban had captured the provincial capital, Aibak ciyu, without any clashes. According to sources, government forces retreated to a village near the Dara Suf Bala and Dara Suf Payeen districts.

Sources add that the Taliban are now in the city of Aibak and have moved to the governor’s office; but they have not yet entered the provincial building.

Also, security sources in Ghazni province confirm that Taliban fighters have killed two abducted policewomen in the provincial capital. The source, who did not want to be named in the news, told Etilaat roz daily on Monday that the Taliban had killed the two policewomen on Sunday evening in Ghazni. 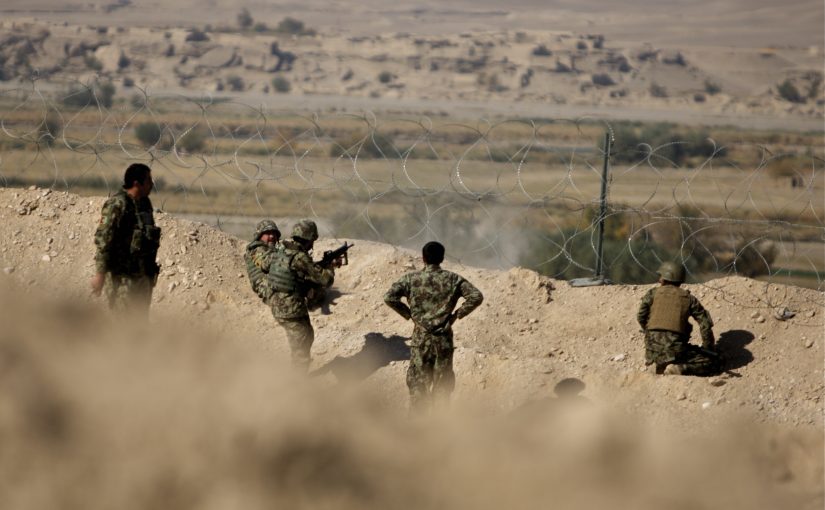 And, Taliban insurgents wanted to target civilians, and security forces with a car bomb in the Abdullah Qala area of Paktia’s provincial center on Sunday night. However, by identifying and targeting the car bomb before reaching the target, the defense forces prevented a deadly terrorist incident and saved the lives of dozens of people, said the Ministry of Defense.

In other news, Minister Fazl Ahmad Manavi, Minister of the Justice, emphasized on the need to provide services to the people at a meeting of the Ministry’s Leadership Council, saying that the general situation should not be neglected.

The meeting of the Leadership Council of the Ministry of Justice was held on Monday, under the chairmanship of the Minister of Justice and the participation of the Deputy Central Directors of the Ministry. Manavi said at the meeting that the situation would change soon and instructed the relevant department officials to implement their plans in order to provide services to the people in any normal way.

The Minister of Justice also emphasized on the digitization of processes in this ministry and said that according to the presidential decree, in the field of simplification of the process and implementation of the license, action should be taken through the “single method” of the Ministry of Industry and Commerce. In Monday’s meeting, the fate of provincial employees in insecure provinces was also discussed, and considering that it is a public issue, it was decided that a plan be made and submitted to the cabinet.

On the other hand, President Ashraf Ghani, in a meeting with members of the Afghan Chamber of Commerce and a number of entrepreneurs, said that the private sector would be exempt from paying customs duties for one month.

The meeting took place on Sunday at the Presidential Palace and the members of the Federation of Afghan Chambers expressed their demands and problems regarding the import of food raw materials. In response to their demands, President Ghani said that the exemption from paying the customs tariff is a test and after a month, a decision will be made according to the situation.

While most of the commercial customs on the border with Tajikistan, Turkmenistan, Pakistan and Iran have fallen to the Taliban in the past month, members of the Afghan Chamber of Commerce have said that about 10,000 tons of food raw materials have been distributed to markets.

Kabul: Security forces and popular uprising forces after a counter-terrorism operation were able to clear the…