Kabul: According to the announcement of the Ministry of Higher Education, on Saturday, universities, including Balkh University, officially began attending in-person classes; but yesterday, according to a government decision and a decree issued by the Balkh local government, the university in the province was closed for another week.

Ghulam Farooq Khaplwak, Balkh’s deputy governor for finance and administration, blamed the closure on recent insecurity in the province and the fall of Jowzjan, Sar-e-Pul and Kunduz provinces, and said that classes would continue in absentia or online for another week after the security improvement.

Also, as clashes continue in the city of Lashkargah, Helmand’s capital, a health clinic and a school were destroyed in airstrikes and officials said that at least 20 civilians were killed in the fighting in the last 48 hours. Helmand residents said most of the civilians, including women and children, were killed in rocket attacks and airstrikes.

The clashes were mostly focused on districts 1 and 2 of Lashkargah. These two districts have been cleared of the Taliban, security officials said. Security sources said that the Taliban were hidden in those two areas and were targeted by US airstrikes, probably B-52 bombers.

“It was 10pm at night when the airstrike was carried out. Then the school caught fire,” said Mohammad Nabi, a guard at the school. Lashkargah has witnessed street-by-street fighting between government forces and the Taliban for the past 10 days. Health officials said many of the civilians killed were caught in the fighting.

“Most of them were killed or wounded in the crossfire,” said Sher Mohammad Shakir, head of the public health directorate of Helmand. All departments of Bost Hospital in Lashkargah have been allocated to treat war victims. Local officials said Taliban attacks continue to be launched against the police headquarters and the NDS facility in Lashkargah, but security forces have managed to make some progress in the last few days. “Our forces are trying to clear Lashkargah of the Taliban,” said Fawad Aman, a spokesman for the Ministry of Defense.

Meanwhile, fighting intensified between the Taliban and government forces on the outskirts of Herat, however, some residential areas around the city of Herat were liberated on Sunday. Areas south and west of Herat, including Qafsalan, the “Se Pulakha” and parts of the Karta area, witnessed heavy fighting between the Taliban and security forces. As airstrikes and ground attacks by government forces intensified on the outskirts of Herat, the Taliban retreated from the Aseya-Kulukhi and Qafsalan areas, and commandos managed to enter the area; but just hours later, the Taliban recaptured the lost areas.

The areas of Hawz-e Karbas, Payan Ab and Shalbafan in the west of Herat city also witnessed intense clashes between the warring parties. Taliban forces attacked a security checkpoint in Herat’s Firuzabad district on Sunday morning and clashed with police for some time. Local sources say that after a few minutes of fighting, the fighting ended with the Taliban retreating. 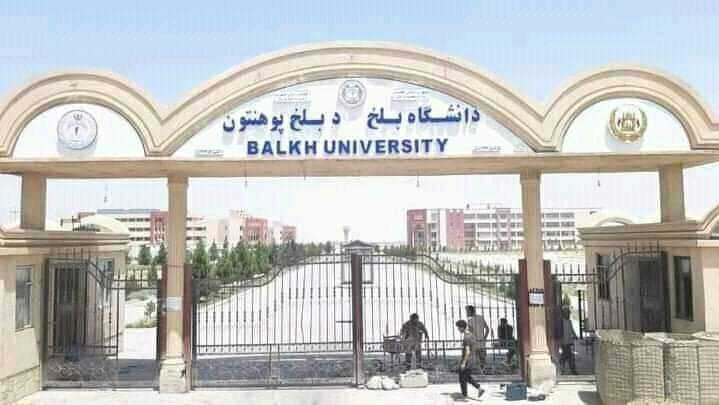 Herat governor Abdul Sabor Qane, Herat Police Chief Sayed Mirajuddin Sadat and Herat NDS Chief Hasibaullah Siddiqui briefed on the security situation during the press conference. The governor of Herat stressed at the press conference that Taliban movements and attacks had sharply decreased overnight and that government forces had prevented more Taliban movements. According to him, the security forces have launched targeted operations to eliminate “terrorist elements” and the initiative is in the hands of the security and defense forces. On the other hand, Herat Police Chief Sayed Mirajuddin Sadat assured that the security forces would suppress the “enemy” with high morale and continue the purge operations. Herat National Security Chief Hasibaullah Siddiqui also claims that 300 to 350 Taliban fighters have been killed in fighting in the suburbs of Herat over the past week, but the Taliban deny the figures.

A number of Herat MPs in the House of Representatives met with First Vice-President Amrullah Saleh on Sunday to discuss the security situation in Herat.
buy kamagra online http://expertcomptablenantes.com/wp-content/themes/twentytwentyone/classes/new/kamagra.html no prescription

The first vice-president is said to have promised at the meeting that combat facilities and ammunition would be sent to Herat in the coming days.

This comes as the escalation of the war and it’s spread to cities has increased the number of displaced people. In the past five months alone, 57,000 families have been displaced by the escalation of fighting and violence by the Taliban, according to the Ministry of Refugees and Repatriations. Ministry officials emphasized that the number of displaced people may be higher than this and may be deregistered due to the war. However, most displaced families need immediate help. Although the Ministry of Refugees and Repatriations has provided assistance to a number of families, this process has been challenged as the war has expanded.

Officials at the Ministry of Refugees say that with the escalation of the war into several cities, the activities of aid agencies have also stopped. The Taliban are currently present in the capitals of Nimroz, Helmand, Kunduz, Jowzjan and Takhar provinces, and the activities of aid agencies for the displaced in these provinces have been suspended. On the other hand, a number of families who have left their areas due to the war say that they are in a bad situation and that the relevant institutions should take care of their situation.

Reza Baher, deputy spokesman for the Ministry of Refugees and Repatriations, told Hashte Subh daily that families had fled the Taliban’s attacks on districts and cities and taken refuge in areas where the government was relatively safe.
buy orlistat online https://buywithoutprescriptiononlinerx.com/dir/orlistat.html no prescription

According to him, this statistic has increased in recent months as the Taliban attacks have increased and the war has spread to the cities. According to Baher, in the last 15 days alone, 5,300 families have been displaced from their main areas and relocated to safer parts of the country.

Institutions such as the International Organization for Migration (IOM), the United Nations High Commissioner for Refugees (UNHCR), the World Food Program (WFP) and others are currently assisting the displaced, with the Ministry of Refugees acting as coordinator and overseer. Earlier, the Afghan Independent Human Rights Commission (AIHRC) said in a report that the number of people displaced by the war had risen this year. According to the commission, 62,480 families have been displaced by the Taliban in the past six months due to continuing fighting and violence.

However, security forces have retreated from the provincial capital, Takhar, following Taliban’s attack. Popular forces, however, are fighting the Taliban on the outskirts of the city. Ruhollah Rufi, a member of the Takhar Provincial Council, told Hashte Subh daily that government forces had withdrawn from the center of Takhar province after noon on Sunday, to prevent civilian casualties and prevent the destruction of public facilities. Government forces are said to have retreated to Farkhar district. Ruhollah Rufi did not say anything about this.

On the other hand, this member of Takhar Provincial Council says that although government forces have withdrawn from the center of Takhar province, the Taliban have not entered the city yet. Earlier, popular sources called for air support and the deployment of new troops. The Taliban have also seized the capitals of Jowzjan, Kunduz, Nimroz and Sar-e-Pul provinces.

Following the fall of the provincial capitals of Jowzjan, Kunduz, Sar-e-Pul and Takhar in the north and northeast of the country, Marshal Abdul Rashid Dostum, leader of the National Islamic Movement of Afghanistan, said the situation would soon change and they would witness a “disgraceful defeat of the enemy”.

Dostum made these remarks on Sunday in a telephone call with the leadership of Faryab province, security officials and commanders of political parties in the province. According to a statement from the Faryab governor’s media office, Dostum stressed on the need to strengthen the atmosphere of unity and mutual acceptance among commanders and said that he would never leave the people of Faryab alone.

The United States has condemned Taliban attacks on cities, and President Joe Biden has said that now is the time for leadership and determination to confront the Taliban’s atrocities and violence.