Kabul: Security sources in Baghlan province said that one civilian was killed and five others were wounded in a mortar shell fired by Taliban fighters on Pul-e-Khumri city, the provincial capital. Baghlan police spokesman Javed Besharat told Subhe Kabul daily that the incident took place on Monday morning.

Meanwhile, the Ministry of Defense (MoD) has announced that the Taliban in charge of suicide attacks and car bombs along with 62 Taliban insurgents have been killed in Helmand province.

A statement from the Ministry of Defense stated that Bashir Anas was responsible for the suicide attacks and the Taliban car bombings. The Ministry of Defense said that he was killed as a result of an operation by security forces with the support of the Air Force in Lashkargah, the capital of Helmand province.

According to the ministry, 63 other Taliban fighters were killed and 17 others were wounded in the operation. The Ministry of Defense said that two vehicles and a large amount of weapons and ammunition of the Taliban were destroyed. The Taliban have not yet commented on the matter.

Also, Ferdaws Faramarz, a spokesperson for the Kabul Police, said that a civilian was killed and two security forces were wounded in an explosion at a government Hilux type vehicle in Mirwais township area of Bagrami district at around 7:30 a.m. this morning.

Meanwhile, U.S. military aircraft have been hitting ground targets in Afghanistan in an effort to protect allies, according to U.S. Central Command, as the Taliban makes rapid advances in the void left by withdrawing U.S. and North Atlantic Treaty Organization troops.

This comes even as a former top UK general said that withdrawing troops from Afghanistan is a strategic mistake that risks a resurgence of terrorism. Gen Sir Richard Barrons, who was head of UK Joint Forces Command, told the BBC the UK and Western allies have “sold the future of Afghanistan”. Gen Barrons said, “The withdrawal now is a strategic mistake. I don’t believe it’s in our own interest.” It suggests “we don’t have the stomach to see these things through, and we would rather leave than ensure that a humanitarian or political crisis doesn’t occur”, Gen Barrons said.

“We will run the risk of terrorist entities re-establishing in Afghanistan, to bring harm in Europe and elsewhere,” he said. “I think this is a very poor strategic outcome.” The UK government advised all British citizens to leave this week because of the worsening security situation. But Gen Barrons said an exodus of the international community “as fair-weather friends”, followed by the Afghan elite, could undermine the government and its military, accelerating the crisis. 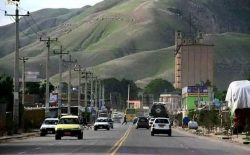 He said he feared the country could split in two or be plunged into a decades-long civil war unless political discussions could resume. Tory MP Tobias Ellwood, chairman of the House of Commons Defense Committee, wrote in the Mail on Sunday that the UK was making a “shabby withdrawal” and “abandoning the country to the very insurgency that drew us there in the first place”.

“Unless we wake up to the reality of what is taking place, Afghanistan might once again become a terror state. This, remember, is the country that brought us 9/11,” he said. The UK and its allies should retain an assistance force of 5,000 troops to give ground, air and intelligence support to the Afghan army in their fight against the Taliban, Ellwood said.

By withdrawing, the UK was also giving up a “strategically crucial space to an expansionist China”, he said. But Gen Barrons suggested China would be key to any political resolution, because of its influence on Pakistan – which was one of the few countries to recognize the Taliban when it last held power. He said because China shared a border with Afghanistan it would want to avoid any instability that could mean refugees – or militants – flowing over the border.

Also, former Nato chief and Labour defense secretary, Lord Robertson, said that western allies must not halt air support to the Afghan government or risk a resurgent Taliban sweeping back into power. Lord Robertson said, “Air support is clearly what the Afghan national army really requires. The Americans are clearly still supporting them from bases elsewhere in the Middle East and I hope that continues. We can’t afford to wash our hands of the people of Afghanistan because our own security is at risk. The short-term danger is a very violent civil war, which we have seen in Afghanistan before but the longer-term danger is that Taliban take control and become a host to Al-Qaeda again.”

Even, a former American envoy to Kabul said that Afghanistan is likely to slide into a long civil war after US ground troops leave by the end of the month. Ryan Crocker, ambassador to Afghanistan during the Obama administration, said he did not foresee any chance that US troops would return.

The criticism comes even as UK Defense Secretary Ben Wallace told the Mail that Britain tried desperately to form a military coalition to support Afghan forces after America pulled out – but Nato allies refused to take part. The UK had urged ‘like-minded’ nations to stay on after US troops withdrew. but after they declined, he decided that Britain could not go it alone, he revealed. On Friday, the Foreign Office advised all British nationals to ‘leave now’ due to the worsening security situation.

Speaking to the Mail, Wallace condemned the United States’s ‘rotten deal’ with the Taliban, signed last year, which was supposed to end more than 18 years of conflict in Afghanistan. He said it could lead to the Taliban taking over again – and Britain having to return for another military campaign. He said the option of a unilateral UK presence was considered, adding, “We could have put a force there but we would have had to take ourselves out of a lot of other places around the world. The possibility… was not viable.”

Taliban fighters took control of much of the capital of Kunduz province on Sunday, including the governor’s office and police headquarters, AP reported. The Taliban has been gaining territory and taking over customs posts at Afghan border crossings, seizing much of the government’s revenue.