According to Adel, based on initial reports, one civilian was killed and three others were injured in the blast, which was caused by improvised explosive devices. No individual or group has claimed responsibility for the blast.

Meanwhile, Denmark plans to evacuate Afghans who worked for the Danish military in the country, the country’s Foreign Minister Jeppe Kofod has said, following the example of the US. “We are ready to evacuate particularly threatened employees in Afghanistan at very short notice and move the handling of their case from Afghanistan to Denmark”, Kofod told the newspaper Berlingske.

Kofod’s statement follows a debate on the fate of the Afghans that supported the Danish military during the nearly 20-year US-led mission. While it is not yet clear how the evacuation will proceed, Kofod said that Denmark won’t leave anyone in the lurch.

Earlier, US President Joe Biden promised to evacuate Afghans working for the American military in the country. While the decision involves some 18,000 personnel, including their families, the figure could grow up to 100,000 Afghans who could be granted asylum in the US.

Violence has escalated in Afghanistan as international operations in the country wind down and the Taliban seized the opportunity and went on the offensive, winning swaths of territory.

Russian Special Presidential Envoy for Afghanistan Zamir Kabulov said that he and the representatives of the Qatari office of the Taliban would hash over the Taliban’s recent territorial expansions in Afghanistan in Doha. “We will discuss this in Doha,” he said when asked the relevant question. “Yes, they [the Taliban] captured two administrative centers of provinces. They might possibly take more. However, a balance will inevitably be established,” Kabulov added.

On Friday, the Taliban took control over the city of Zaranj, capital of the Nimruz Province that borders Iran. On Saturday, the militants captured Sheberghan, the administrative center of the Jowzjan Province located in north Afghanistan. On August 11, Kabulov will take part in a meeting of the expanded trio (Russia, the US, China, Pakistan) addressing the settlement in Afghanistan.

Also, more than 10 jets and helicopters of the Central Military District will be involved in joint military exercises of Russia, Tajikistan and Uzbekistan at the Kharb-Maidon training ground located 20 km away from the border with Afghanistan, the district’s press service told reporters on Monday.

“A Su-25 jet cell, Mi-24 attack helicopter as well as Mi-8 transport and combat helicopters of various modifications are involved in the exercises. In the main stage of the drills, the pilots will train looking for disguised bases of a hypothetical enemy and striking targets that imitate a gathering of manpower and hardware with missiles and bombs,” the statement reads. During the drills, Russia, Tajikistan and Uzbekistan will practice operations to eliminate armed gangs, conduct air reconnaissance and guard crucial facilities. A total of 2,500 officers and men are involved, including 1,800 from Russia, and about 500 units of military hardware. The 201st military base provided the bulk of the Russian contingent. The exercise will last till August 10.

This comes even as Pakistan, which was set to hold an Afghan peace conference last month, is now preparing to host a meeting of foreign ministers from neighboring countries, including the Islamic Republic of Iran, to help overcome Afghan crisis. Local media reported on Monday that Pakistan has planned a conference as its latest diplomatic effort to bring peace in Afghanistan. 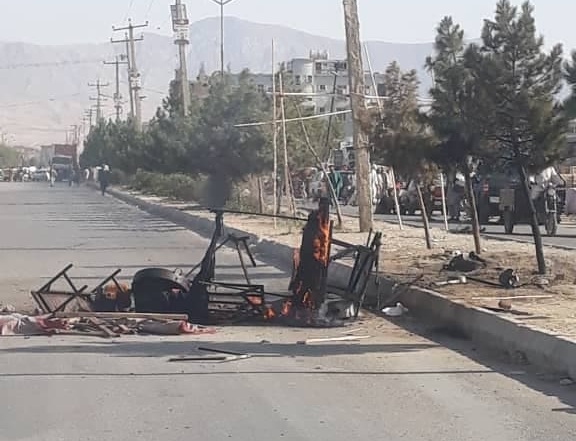 The Pakistani government had announced plans to hold a peace conference last month with high-ranking Afghan officials and leaders of various factions, but the plan was postponed at the request of Kabul.

This comes even as Under-Secretary-General for Humanitarian Affairs and Emergency Relief Coordinator Martin Griffiths released a statement on Afghanistan, saying that he is extremely concerned by the deteriorating situation in Afghanistan where more than 1,000 people have been killed or injured due to indiscriminate attacks against civilians in Hilmand, Kandahar and Hirat provinces in the last month alone.

“Afghan children, women and men are suffering and forced to live with violence, insecurity, and fear every day. There are grave concerns for women’s survival and basic human rights,” he said, adding that he condemned the attacks against civilians and called for a ceasefire.

The representative also added that UNICEF is also deeply concerned about reports that children are, increasingly, being recruited into the conflict by armed groups. UNICEF called on all those engaged in mediation efforts to uphold the warring parties to their international obligations to children.

On the other hand, civil society representatives at a series of UN-backed radio programs in Central Afghanistan called on the parties to conflict to stop fighting and return to the negotiation table. The series is part of UNAMA’s outreach effort to facilitate dialogue at the community level.

During the radio programmes in Panjshir, Parwan and Kapisa provinces, speakers representing religious institutions, civil society, women councils, academia, and youth groups stressed that there is no justification for violence, armed conflict and loss of lives. They asserted that the wellbeing of all Afghans should be central to and the goal of peace talks.

“Women and youth are the main victims of war and must stand up against it,” said a rights activist, Shayesta Mehraban, in Panjshir. “The youth must convince each other that war is not the solution – we are all suffering and being killed in the war. If the youth stop fighting, the war inevitably ends.”

At a radio roundtable in Kapisa, Najibullah Rahimi, a former member of the Kapisa Provincial Council, said that waging war is “forbidden by the Sharia and international laws – because it is killing people, destroying houses and public facilities”. “It is the religious and moral responsibility of every Afghan to play their role in stopping the war because war cannot be won with war, it must end, Afghans are no longer able to tolerate it,” she added.

Another speaker, Shamela Begi, stressed that tolerance and respect for each other views is key to disputes through reason and peaceful means. “There is no alternative to peace, and Afghans are in dire need of peace, they should multiply efforts to establish peace and end the war by combating all ethnic, religious and regional differences,” Shamela Begi argued. In Parwan, Roya Sabet, a women’s rights activist, reminded that “war has devastating effects on our individual, family, and social life, especially more grievous for women.” Roya Sabet called on the warring parties to refrain from killing each other, avoid civilian casualties and end the war to have a progressive and prosperous Afghanistan.

Maulavi Ahmadullah Hasheminajad, a religious scholar in Panjshir, sustained that “if war could bring development and prosperity, the people of Afghanistan would have the most prosperous life in the world, but unfortunately, because of the longstanding conflict we are staying behind”. “Peace is the guarantor of any progress,” stressed Hashminajad.

Participants unanimously reiterated the need to end the conflict which they said had caused devastation and untold suffering to millions of Afghans for decades. The UNAMA facilitated radio series was organized and aired out by Radio Kechken in Panjshir, Radio Dunya Naween in Parwan and Radio Sada-e-Nijrab in Kapisa.