Kabul: Security forces and popular uprising forces after a counter-terrorism operation were able to clear the Warsaj district of Taliban terrorists. Police forces are currently stationed in the district headquarters of Takhar province.

Also, the Taliban abducted Nematullah Hemmat, head of Bost local radio broadcasts, in the Nawa district of Helmand. Abdul Sami Ghairatmal, head of Nai or Supporting open Media in Afghanistan Office in the south, told RFE / RL that Hemmat had gone to his home in Nawa district and that the Taliban had taken him out of the house on Sunday.

“Hemmat has been arrested by the Taliban and is with them. Based on their understanding and commitment to the media, our demand and wish is that Nematullah Hemmat be released as soon as possible,” Ghairatmal added. All private media outlets in Helmand have stopped broadcasting following the recent Taliban attacks on Lashkargah.

However, security and public sources in Kunduz told Salamwatandar that the Taliban, after seizing the police headquarters, the provincial building, the National Security Department and the siege of the province on Sunday, on Monday morning, the General Raziq circle, one of the areas near Kunduz airport has also collapsed to the group.

According to sources, the Taliban are now on the road to the Hajj and religious Affairs Department in Sardawra township, and security forces are further away in the Estiqlal Park area of the township. Kunduz security officials have not commented on the matter. 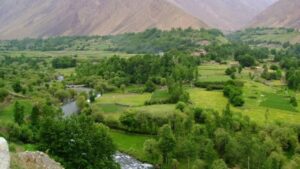 Also, police in PD7 of Herat Police headquarters discovered a 10-liter barrel (IED) ring set by armed opposition attached to a cord at the Hawze Karbas. The mentioned mine ring was defused by the Engineering Directorate of Criminal Management of Herat Police Command, as per the Herat Press and Public Relations Department.

Meanwhile, on Monday morning, President Mohammad Ashraf Ghani met with Mohammad Younis Qanuni, former Vice-President at the Presidential Palace. In this meeting, in addition to discussing the general security situation in the country, Mohammad Younes Qanuni announced his full support for the system, security and defense forces, strengthening the voice and united front against the enemy and protecting the achievements of the last two decades

Ghani also met with Dr. Sadeq Mudaber, Chairman of the National Cohesion Party, at the Presidential Palace. During the meeting, in addition to discussing the general security situation, Dr. Sadegh Mudaber expressed his full support for the republican system, security and defense forces, and the preservation of the values of the past two decades as a result of the efforts and sacrifices of Afghans.

Ghani also met with prominent political and jihadi leaders and figures and the Speakers of the National Assembly, the lower and Upper houses in the Presidential Palace this morning. In this meeting, while supporting the security and defense forces and the survival and continuity of the republic, a decision was made regarding the cohesion, strengthening and rapid equipping of the popular uprisings within the government against the enemy’s invasion.