Afghan government forces and Taliban insurgents waged war against each other in the past 24 hours despite U.S. officials saying there had been a breakthrough in recent days in peace talks to end the 18-year-old conflict.

While negotiators from the warring sides pressed on with meetings in Doha, Qatar, the Taliban and the Afghan government both reported fighting on the ground.

As per Reuters report, the Afghan defense ministry said an air strike had killed a senior Taliban commander in northern Balkh province on Thursday evening.

“As result of a targeted air strike by Afghan air forces, Mawlavi Sardar Mohammad, a key member of the Taliban military commission was killed along with eight others,” the ministry said in a statement.

The Taliban did not confirm the air strike. 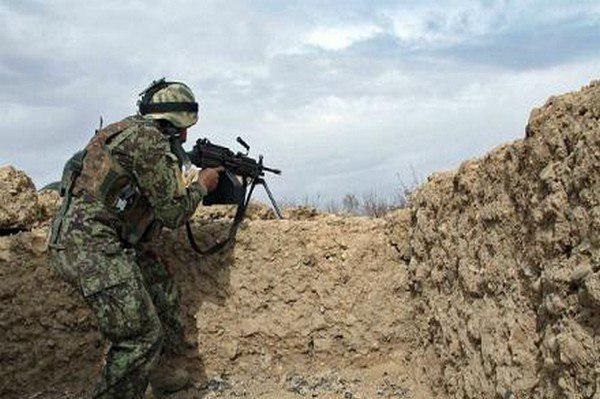 A Taliban spokesman, Zabihullah Mujahid, said the insurgents had killed six Afghan soldiers, including two officers, in an attack on a checkpoint in northern Kunduz province.

Afghan, Taliban and U.S. sources said a peace deal could be signed this month, allowing a withdrawal of some of 13,000 U.S. troops and thousands of other NATO personnel that remain in Afghanistan following the U.S. intervention to oust the Taliban in 2001.

U.S. President Donald Trump said on Thursday there was a “good chance” of reaching an agreement with the Taliban on a reduction of U.S. troops in Afghanistan.

U.S. Secretary of State Mike Pompeo said an important breakthrough had been made in peace talks with the Taliban in recent days, and Defence Secretary Mark Esper said they had negotiated a proposal for a week-long reduction in violence.

Details about when that was set to begin were not immediately clear but a Taliban official said it would be this week.
buy diflucan online https://noprescriptionrxbuyonline.com/dir/diflucan.html no prescription

Attacks in Afghanistan jumped to record levels in the last quarter of 2019 compared with previous years.

US Sen. Rand Paul Presses for Intel in Congress on How to End War in Afghanistan

US Sen. Rand Paul, R-Ky. pressed for answers this week on how the nation can finally…

US Sen. Mike Lee says it is way past the time to pull the plug on…