An international virtual conference on stabilizing the situation and implementation of socio-economic projects in Afghanistan was organized by the Institute for Strategic and Regional Studies (ISRS) under the President of Uzbekistan and attended by the heads and leading experts of analytical and research centers of Germany, Pakistan, Afghanistan, Kazakhstan, Kyrgyzstan, Tajikistan and Uzbekistan.

At the conference, issues of peaceful settlement of the conflict in Afghanistan and the role of Central Asian countries in restoration of the Afghan economy were discussed.

Opening the event, Akramjon Nematov, First Deputy Director of the Institute for Strategic and Regional Studies under the President of the Republic of Uzbekistan, emphasized that recently favorable conditions have been formed for resolving the conflict in and around Afghanistan, which serve as a solid basis for achieving long-term peace in Afghanistan. 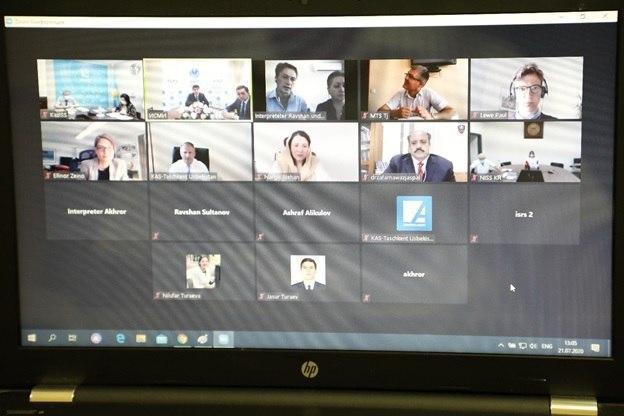 The most important condition for stabilizing the situation in Afghanistan, according to the head of the center of the Institute for Strategic and Regional Studies along with a political settlement, is development of trade-economic cooperation with Central Asian states.

The results of the virtual conference again indicated that the consolidation of efforts of the international community on implementing socio-economic and infrastructure projects will contribute to the early establishment of peace and stability in Afghanistan.