The EU’s diplomatic chief has voiced “serious concern” at moves by US President Donald Trump to sanction any International Criminal Court officials who investigate US troops.

Ramping up pressure for the Hague-based court to stop its probe of alleged war crimes in Afghanistan, Trump issued an executive order to block all US property and assets of anyone involved in probing or prosecuting American forces. 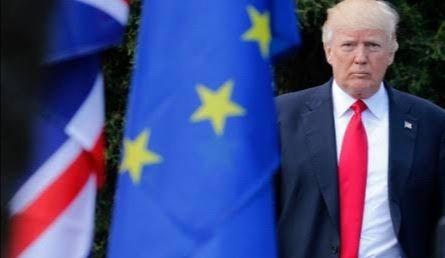 “For sure this is a matter of serious concern because we as the European Union are steadfast supporters of the International Criminal Court,” EU foreign affairs high representative Josep Borrell told reporters.

“The court has been playing a key role in providing international justice and addressing the gravest international crimes — it is a key factor in bringing justice and peace. It must be respected and supported by all nations.”

Borrell said he would study Trump’s order further to assess its implications, and the matter may be discussed by EU foreign ministers when they hold video talks on Monday.

COVID-19: An Additional Three Million Children in Afghanistan Need Help to Survive in 2020, Warns Save the Children

US Peace Envoy Calls for Immediate Start of Intra-Afghan Talks

US special representative for Afghanistan reconciliation Zalmay Khalilzad, who met with Afghan leaders this week, said…

The Coronavirus infection toll hit 23,546 as the Ministry of Public Health (MoPH) announced that 656…