At least two dozen Afghan security forces were killed Friday in an insider attack on their base in southern Zabul province, two officials said.

Several “infiltrators” opened fire on their comrades as they slept, Zabul governor Rahmatullah Yarmal said, in one of the deadliest attacks since the US signed a withdrawal deal with the Taliban last month. 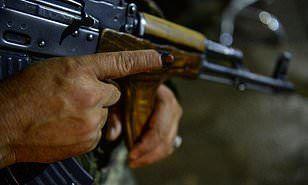 He added that four other Afghan security forces were missing.

“The attackers had connections with the Taliban insurgents,” Bayan said.

They fled in two military Humvee vehicles, along with a pickup truck, weapons and ammunition.