Afghanistan will release at least 10,000 prisoners over the age of 55 in an attempt to prevent the spread of the coronavirus, officials said on Thursday.

“The president has issued a decree that several thousand prisoners will be released soon due to coronavirus,” an official in President Ashraf Ghani’s office said. 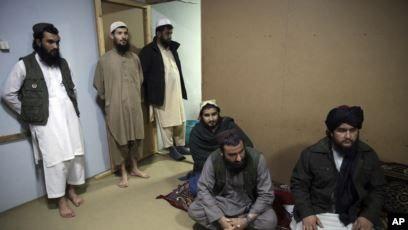 Those released will not include members of Islamist militant groups the Taliban or Islamic State, and the process will be completed within 10 days, said two government officials.

14 New Cases of COVID-19 in Afghanistan; Number of Infected Reaches to 110

Afghan health officials have reported 14 new cases of the coronavirus in the country. The head…

Turkey has already set an eye to hosting the talks, expressing willingness to mediate between the…

IS-K is Deadlier Than Coronavirus: DMC

Reacting to the criminal attack on a Kabul gurudwara by IS-K terroeists, Dr Zafarul-Islam Khan, Chairman…