Kabul: Following the interparliamentary meetings between women members of the Afghan parliament and parliaments of other countries of the world, the second meeting between Afghanistan and Canada was held through VTC.

Also, members of Wolesi Jirga Maryam Sama, Habibeh Danesh, and Rahimah Jami, Director General of Human Rights and Women’s Affairs at the MoFA Frozan Nawabi, and Director of Afghan Women’s Network Mary Akrami were among the participants of the meeting. 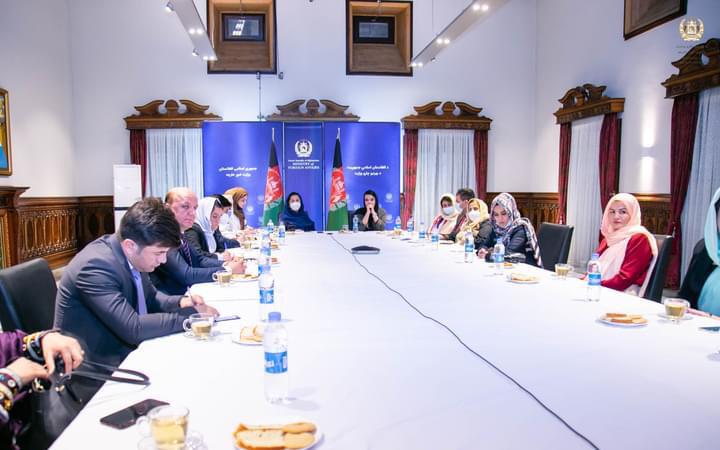 Expressing concern over the increasing threat posed by extremist and terrorist groups in the country, the Afghan parliamentarians called for continued support and cooperation of Canada, and stressed the need to preserve and strengthen Afghanistan’s gains over the last two decades, particularly the women’s and children’s rights.

Representatives of Canada, Minister of Women’s Affairs Maryam Monsef; Minister of Seniors citizens of Canada Deb Schulte, Member of the Senate and Co-Chair of the Canadian Parliamentary Friendship Committee Senator Salma Attaullahjan, Co-Chairs of the Canada-Afghanistan Friendship Group Francesco Sorbara, and members of the Canadian House of Commons Robert Kitchen and Yasmin Ratansi stated that Canada believed in women’s empowerment and fully supported the preservation and strengthening of Afghan women’s hard-gained achievements over the last two decades.

They also emphasized on the active role of women in the Afghan peace talks as well advocacy for and follow up of the ongoing pursuit of the legitimate demands of the Afghan women.
buy vibramycin online https://hospitalchiriqui.com/wp-content/themes/twentytwentythree/assets/fonts/inter/txt/vibramycin.html no prescription