Kabul: Pakistan Prime Minister Imran Khan on Wednesday stressed that Pakistan can partner with the United States in peace but not in war or conflict. “The US was defeated in Afghanistan and they tried to shift the blame of their defeat on us,” Imran Khan told the Pakistani National Assembly. He said that the Afghans are brothers of Pakistanis and Islamabad knows them better than Washington.

“We have decided to not comprise on the country’s sovereignty,” he stressed. Imran Khan said that the US is trying to force Pakistan to bring the Afghan Taliban to the negotiating table. “But we do not wish for strategic depth in Afghanistan and we will respect the decision of the Afghans,” he maintained.

“Pakistan chose to aid US in war against terror but after that, we captured our own people and sent them to Guantanamo Bay – and former president Pervez Musharraf admitted this,” he further said. “We sacrificed 70,000 people and wasted $150 billion in the war against terror,” he said, adding that after the Tora Bora incident, Al Qaeda started its operations in Pakistan. “We received directions to send our troops to the tribal areas in pursuit of a few hundred people,” he said, and noted that the people living in tribal areas paid a hefty price.

Imran Khan said that at the time of the war on terror, Pakistanis were unable to differentiate between their friends and enemies. “Does a country launch an attack on its ally?” he asked. “The government during the war on terror did not have the courage to say no to the US and kept on lying to the people,” he said. “We must understand that when a nation does not respect itself, it is not respected by the world […] we only want peace to prevail in Afghanistan, and that is in our best interest,” he added.

In fact, Interior Minister Sheikh Rashid Ahmed said on Thursday that the course of politics in Pakistan would change following a closed doors briefing to lawmakers by the military high command. The interior minister, who was addressing a press conference in Islamabad, said the country’s politics would now center on national security after the Parliamentary Committee on National Security receives the briefing on the situation in Afghanistan and other strategic matters.

Pakistan Federal Minister for Information and Broadcasting Fawad Chaudhry said that the briefing will focus on Kashmir, Afghanistan and internal security challenges. The interior minister said Pakistan wanted peace in Afghanistan, suggesting in his personal capacity that other stakeholders, such as Qatar, may also be approached for restoring peace in the war-torn country if the need arose. “We want the Afghan government and the opposition to unite and that there is no civil war,” he said. “Reconciliation in Afghanistan means peace in Pakistan.” He added that Pakistan expected that no country would use its land against it, just like it had not used its land against another country. “It will not be allowed,” he said. “Our neighbors, including India and Iran, will be interested in politics in Afghanistan,” he added, assuring that Pakistan would make all-out efforts to restore peace in Afghanistan. “Our policy should be that peace is ensured in Afghanistan.”

According to ICG, the fast withdrawal of NATO forces undermines Pakistan’s peace efforts and efforts to facilitate the Taliban’s alleged return to Kabul through power-sharing arrangements. Pakistan’s stakes in a stable Afghanistan have never been higher as violence escalates in that country and the peace process set in train in September 2020 remains largely deadlocked, the report said.

“An unravelling Afghanistan could embolden Pakistani militant groups, particularly the Pakistani Taliban, and threaten yet another massive influx of Afghan refugees. Islamabad has been trying to persuade its Afghan Taliban allies to opt for a peacefully negotiated political settlement. Its failure in that endeavor would strain its ties with Washington and Kabul. With the clock ticking on the deadline for pulling out US and NATO troops from Afghanistan, Pakistan should redouble its efforts to convince the Taliban to scale back both their attacks and their aspirations to reinstitute their version of Islamic governance – so that the peace process may yet succeed,” the ICG report stated.

It was added that Pakistan has supported the Afghan peace process, largely because its long-time Taliban ally can use the talks as a road to power with international legitimacy and the attendant economic support. “It saw an opportunity to push for its preferred option – the Taliban’s inclusion in power-sharing arrangements – when the Trump administration began pursuing a political settlement in Afghanistan as the U.S. prepared to withdraw troops from the country. Washington acknowledged Islamabad’s role in facilitating the February 2020 US agreement with the Taliban and the subsequent peace talks, also known as the intra-Afghan negotiations,” the report said.

But in January 2021, when President Joe Biden took over the US administration, the talks were at an impasse. ICG said the Taliban “continued to rely on violence to strengthen their bargaining position” and Kabul, too, appeared “unwilling to make substantive compromises”.

Biden’s decision, announced on April 14, to withdraw all US troops by September 11, even absent a political settlement, has tightened timelines for getting a peace process moving before the conflict intensifies, as appears likely, in the withdrawal’s wake, ICG said.

The report recognized that Islamabad faces renewed pressure from Kabul and Washington to “convince the Taliban at the very least” to reduce violence to ensure that negotiations continue as foreign soldiers leave, and the insurgents appear bent on using force to gain power and install an Islamic system of government. ICG said Pakistan’s “clout” with the insurgents has declined as they continue to make military gains in Afghanistan.

On the other hand, Russia will provide any necessary assistance to Tajikistan under its commitments in the Collective Security Treaty Organization (CSTO) in the event of mounting terrorist threats from Afghanistan as the US pulls out its troops from that country, State Duma Defense Committee Head Vladimir Shamanov said on Thursday. “We will surely provide comprehensive assistance to Tajikistan under the CSTO commitments [in case of the mounting terrorist threat]. Naturally, we won’t leave it [Tajikistan] alone,” Shamanov assured. 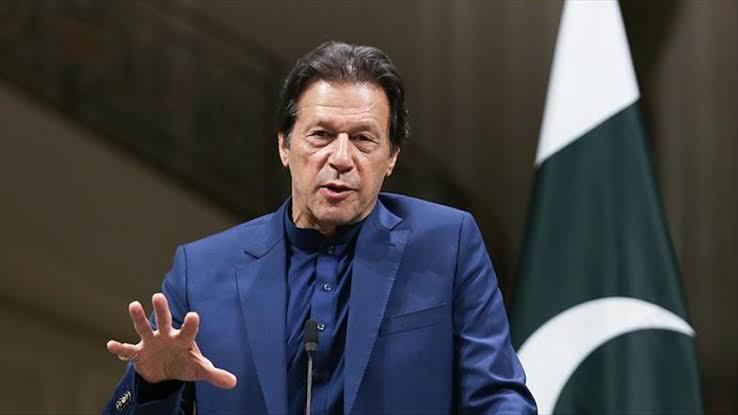 The situation in Afghanistan will be discussed at the CSTO Parliamentary Assembly Council, he said. “I believe that this issue is more likely to be discussed from the viewpoint of assessing potential developments. As of now, and we talked with colleagues yesterday and today, the leadership of Tajikistan does not express such a serious concern,” he pointed out. This issue has to be kept under control from the standpoint of predicting possible developments, Shamanov said.

“Our committee is taking systemic measures to assess the situation. We cautioned that some terrorist groups would be airlifted by the aircraft of European countries and the United States from Iraq to northern Afghanistan. This was several years ago. That is, the situation is being constantly monitored,” the senior Russian lawmaker stressed. The head of the State Duma Defense Committee also reiterated Russia’s position with regard to the concerns over the situation in Afghanistan.

“The measures, including those taken by the Russian side, were outlined both by the [Russian] defense minister and the president [of Russia] to the effect that we need to think about providing the 201st military base in Tajikistan with the required capabilities,” Shamanov pointed out, adding that Russian border guards were now “taking a number of organizational measures” in this regard, according to the information available to the lawmaker.

In fact, Afghanistan’s National Security Adviser Hamdullah Mohib will have consultations in Moscow with Secretary of the Russian Security Council Nikolai Patrushev, during which he will discuss the situation in the Islamic republic, Russian Presidential Envoy for Afghanistan and Director of the Russian Foreign Ministry’s Second Asian Department Zamir Kabulov told TASS on Thursday. “He will hold consultations with Nikolai Patrushev. I will take part in these consultations,” he said, commenting on Afghan media reports on Mohib’s visit.

Also, Turkey could play an important role in bringing peace to Afghanistan due to its position of respect in the war-torn country, political and security experts from three countries at a seminar on “Conversations on the Afghan Peace Process”.

Meanwhile, as per a Forbes report, an investigation of imagery posted on social media concludes that in the month of June alone the Taliban has captured a staggering 700 trucks and Humvees from the Afghan security forces as well as dozens of armored vehicles and artillery systems. The tally come from an open-source investigative report published at the Oryx blog by Stijn Mitzer and Joost Oliemans. The continuously updated tally has catalogued hundreds of photos posted online by the Taliban of destroyed or captured Afghan military equipment.

The blog was earlier distinguished for its detailed open-source investigation on equipment losses in the 2020 Nagorno-Karabakh conflict. As of the evening of June 30, the study found evidence of 715 light vehicles falling into Taliban hands, with another 65 destroyed. Obviously, there are likely many more lost vehicles that gave gone uncounted due to not being recorded in photos or videos. The confirmed vehicle losses notably include 270 Ford Ranger light trucks, 141 Navistar International 7000 medium trucks, 329 M1151 and cargo-bed configured M1152 Humvees. These variants feature enhanced armor protection and more powerful engines. The report added that if the Taliban can source the necessary fuel, its growing vehicle inventory could improve the group’s operational mobility, ie. its ability to mass forces across Afghanistan. The vehicles may also serve as carriers for heavy support weapons such as mortars, heavy machineguns and recoilless rifles. The Taliban has also used captured Humvees to infiltrate government perimeters to mount deadly suicide bombings.

Armored vehicles losses include a handful of old M113 APCs and Soviet tanks—but also 27 fifteen-ton M1117 armored cars armed with a machineguns and Mark 19 automatic grenade-launchers. As for artillery, alongside thirteen shorter-range mortars, the Taliban notably captured seventeen 122-millimeter D-30 towed howitzers—the equivalent of an artillery battalion. The Cold War howitzers aren’t hi-tech weapons but they remain deadly and can bombard targets up to 9.6 miles away with conventional shells—a capability likely to be exploited in an urban siege scenario. The Taliban also destroyed (but didn’t capture) three Mi-17 and one UH-60A transport helicopter in June. Also, as per the report, so far documented losses don’t appear to involve sensitive technologies that could compromise US military capabilities or pose a major terrorist threat such as shoulder-launched surface-to-air missiles.

Meanwhile, Acting Interior Minister Abdul Sattar Mirzakwal met with UNDP’s Resident Representative Abdullah al-Dardari, on Wednesday. Both sides extended the existing agreement on assistance and cooperation for the Afghan National Police (ANP) in the fight against COVID-19, and al-Dardari assured Mirzakwal of continued support and commitment to the ANP.