Melinda Good, a United States national, joined the World Bank in 2005 and has worked in several leadership positions across the World Bank, including in South Asia. “I am honored to take on my new position as the World Bank Country Director for Afghanistan and serve the people of Afghanistan,” said Melinda Good. “The country is facing unprecedented hardship due to COVID-19 and high levels of uncertainty. Continued international support to maintain Afghanistan’s public services is critical to maintain development gains. The World Bank Group has been a key partner of the Afghan people in the last 20 years and has helped achieve significant development progress. Together with our international partners, we will continue to stand alongside the government and people of Afghanistan in their journey toward recovery, self-reliance, and a more prosperous future.” 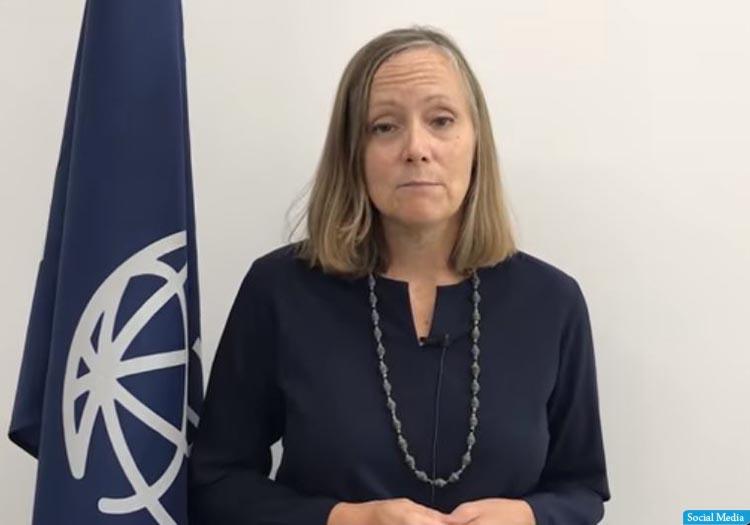 To date, the World Bank has provided more than $5.3 billion for development and emergency reconstruction projects and eight budget support operations in Afghanistan. This support includes more than $4.8 billion in grants and $436.4 million in no-interest loans. The Bank has 12 active projects funded by the International Development Association (IDA) for the total amount of $940 million, and 15 projects jointly funded with ARTF, with a net commitment value of over $1.2 billion from IDA.

In other news, the Attorney General’s Office (AGO) announced the extradition of 10 Iranian prisoners to Iran from Pul-e Charkhi and Bagram prisons, by a flight from the Hamid Karzai International Airport (HKIA) on Thursday. The AGO stated that the prisoners were handed over to Iranian Embassy representative in Kabul, after the consent from the Ministry of Justice and in line with a bilateral Memorandum of Understanding (MoU). Mohammad Hashim Stanikzai, who oversees the enforcements of verdicts within the AGO, said that efforts are ongoing to accelerate the extradition of Afghan prisoners from Iran, on the basis of the MoU.