Kabul: Chairman of the High Council for National Reconciliation (HCNR) Dr. Abdullah Abdullah met with the head and members of Islamic Republic of Afghanistan negotiation team, who had visited Iran to meet the Taliban delegation.

Delegation head Mohammad Younus Qanuni appreciated Iran for hosting the talks, provided a report about the meeting contents, and demands from both sides, and added that the republic delegation emphasized on finding an inclusive political solution through negotiations.
buy levitra soft online https://www.illustrateddailynews.com/wp-content/themes/twentytwentytwo/parts/new/levitra-soft.html no prescription

Delegation members stressed on the need for unity, finding a peace solution to the crisis, avoiding war and conflict, and the continuation of negotiations.

Abdullah welcomed the joint declaration of both parties, appreciated delegation’s efforts and Iran’s hosting the talks, and said that the republic is committed to a just and lasting peace, and the way out of the current crisis is to negotiate. Abdullah added that the republic has repeatedly emphasized that the problem of Afghanistan has no military solution; however, actions of both parties indicate the extent of their commitment to this declaration, urged the Taliban to seize this opportunity before it’s too late, and commit to negotiation and resolving major national issues.

Abdullah emphasized on national unity and internal cohesion and added that the republic is committed to peace and is equally responsible for the fate of the nation, and the position of the people is clear against using force, as no one should think that they can impose themselves on the people through force.

Also, dozens of religious scholars from various parts of Gardez city, Paktia province, held a conference and called on the Taliban to stop fighting the ANDSF. Clerics stated that foreigners have ended their presence in Afghanistan and taking up arms against the ANDSF is forbidden, as they announced their support for the recent conference held by Afghan and Pakistani clerics on peace, which called for an end to violence. Provincial Hajj and Religious Affairs Director Mawlawi Izharullah Zaheer said that the continuation of fighting by the Taliban indicates that the group doesn’t respect fatwas issued by scholars around the world. Zaheer added that foreigners have left, but dozens of youths and children are being killed on a daily basis; the Taliban should respect the fatwas and stop killing Afghans. Head of provincial ulema council Mawlawi Abdul Ghafoor said that Pakistani and Afghan ulema conference in Saudi Arabia was in the interest of both the government and Taliban, who neutrally called for an end to the ongoing conflict.

Provincial Governor Gul Nabi Ahmadzai called on the Taliban to stop killing Afghans for the interest of others, the government is never an obstacle in the way of peace and it is embracing peace openly, and the Taliban can join the process unconditionally. 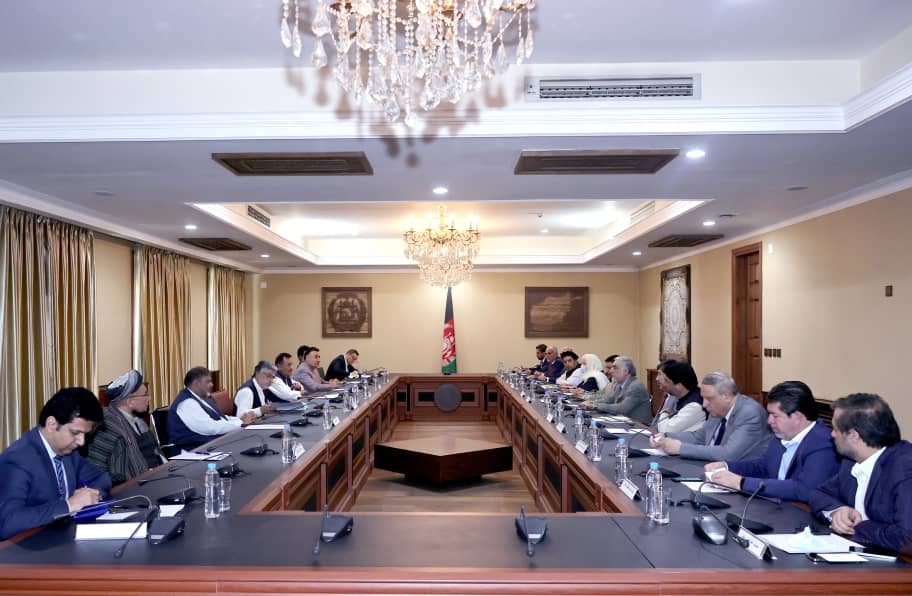 Meanwhile, as clashes escalate in Bamyan’s neighboring provinces, local officials said that people can volunteer to take up arms against possible Taliban attacks. Bamyan Governor Sayed Anwar Rahmati told a news conference on Sunday that although the local government does not currently have weapons to distribute to the people; but volunteers can use their own weapons to support the defense and security forces against the Taliban onslaught. Rahmati added that some legal capacity has been requested from the central government, and if it is approved, it will include the necessary equipment. According to Rahmati, residents of various parts of Bamyan had repeatedly stated their readiness to take up arms against the Taliban; but the local government did not want the “atmosphere to become too warlike and out of the presence of official government forces.”

Rahmati said that due to “widespread propaganda” by the Taliban, the Bamyan provincial security committee had decided that district volunteers would also be allowed to enter the provincial capital “armed” and that these forces would be used to defend Bamyan. Meanwhile, the governor of Bamyan stressed that so far only one security checkpoint in the Baghak area of Shibar district had “problems” but that there were no specific problems in other parts of the province.

On the other hand, the head of Iran’s Khorasan Razavi’s Bureau for Aliens and Foreign Immigrants Affairs, Mohammad Taghi Hashemi predicted that with the needs of the Afghan government and people, and locals in border trade and revenues from the Islam Qala – Dogharoon border crossing, the crossing point will reopen within days and operations will normalize there. Hashemi added that the border crossing remained closed since the Taliban’s presence, but the situation at borders is good in terms of security and enjoys stability and peace, and a number of Iranian trucks have entered Iran through the point without a problem.

Hashemi stated that the Taliban have informally agreed to have no problem with normalization of movement at the border, but the reopening of the border crossing requires formal negotiations, decisions and declarations, and no declaration has arrived from Tehran yet. Referring to past experiences of Taliban being stationed at the borders, Hashemi said that the border will soon be decided upon and border operations will normalize. He added that both the Taliban and Iran insist that normal activities continue at the border crossing, and both sides are allowing normal transfer of goods and abide by the rules ruling borders. The Afghan government has yet to comment on the issue.