Kabul: As per statistics from the Ministry of Women’s Affairs, the number of acute cases of violence against women and girls, especially suicide, has increased in the country this year.

According to the ministry, since the beginning of this year, 77 acute cases of violence, including suicide, murder, rape and acid abuse, have been registered in the center and provinces of the country. The Ministry of Public Health did not provide exact figures, but said that the suicide rate has risen since last year.

As war and insecurity intensify in the country, the Ministry of Women’s Affairs announced an unprecedented increase in acute cases of violence against women and girls. Ministry spokeswoman Roya Dadras told Hashte Subh daily that the number of girls and women dying by suicide is increasing compared to last year. According to the Ministry of Women’s Affairs, 77 cases of acute violence were reported in Sar-e-Pul, Herat, Balkh, Badghis, Ghor, Kabul, Bamyan, Baghlan, Takhar, Helmand, Daikundi, Jawzjan, Faryab, Nimroz, Kapisa and Nangarhar provinces. According to Dadras, the prevalence of coronavirus, poverty, insecurity, forced marriages, underage marriages, domestic violence and psychological pressures are key factors in suicide and other violence against girls. She added that of 77 cases of violence, 55 are under investigation by the judiciary.

According to the Dadras, eight of these cases took place in areas under Taliban control, and 12 others have been finalized, and the perpetrators have been punished in accordance with the law. According to statistics, Sar-e-Pul has the highest suicide rate among the provinces. Similarly, Herat, Balkh and Badghis provinces have the highest suicide rate after Sar-e-Pul. In the most recent case, an 18-year-old girl died by suicide in the village of Gorkab, in the Suzma Qala district of Sar-e-Pul province.

Meanwhile, Ahmadjan Naeem, Deputy Minister of Policy and Planning at the Ministry of Public Health, said that the ministry does not have exact figures because people consider this a disgrace and do not report suicides. “What is being registered in this ministry is under the headings of poisonings and burns, and accordingly, it is more than last year,” he said. “But there are no exact figures on how many of these cases are self-harm and suicide.”

According to a study conducted by the Ministry of Public Health, 70% of those who die by suicide are women. Among them, 40% die by suicide due to depression, 22% due to obsessive-compulsive disorder, 20% due to anxiety and 18% due to mental disorders. Most experts believe that vulnerable groups, such as adolescents, young people, and especially young girls, have been victims of sexual and domestic violence and therefore choose to commit suicide.

Another study conducted by the Afghan Human Rights Organization in the southwestern part of the country shows that bad customs and lack of gender equality in Herat, Badghis, Farah, Kandahar, Nimroz and some other provinces have led to the suicide of women and girls.

Meanwhile, Radio Barin, a local radio station in Parwan province suspended its operation, after unidentified gunmen threatened to kill its employee. A host of the Radio, Lina Mohammadi, told Hashte Subh daily that she was beaten up and received death threats from two gunmen in Charikar city last Wednesday, when she was on her way to the office.

Mohammadi said that she was initially opposed to disclosing the issue to the media because of problems in society and fear that her family would impose restrictions on her; however, her colleagues motivated and cooperated to publicize the matter. She wants the issue to be investigated by the security services to prevent threats against other female journalists. Radio Barin was on air 16 hours a day, covering north of Kabul, Parwan, Kapisa, and Panjshir provinces.

Deputy Provincial Governor on Social Affairs Roshna Khalid, who owns the radio, told the Daily that the decision to suspend the radio operation was taken by the managing director. Provincial Police Chief Abdul Rauf Uruzgani told the daily that he had been involved in military operations and was not aware of the issue; however, he will seriously pursue any complaints if Mohammadi has. Uruzgani added that an intelligence team has been coordinating with the media and journalists to seriously investigate such threats. 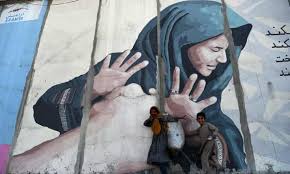 Executive Director of Nai Supporting Open Media in Afghanistan, Mujib Khelwatgar, criticized Parwan’s security agencies and told the Daily that provincial government, particularly security agencies, should investigate the matter and share its findings with the media. Khelwatgar added that the Ministry of Interior and provincial government should seriously assess these cases, given the current political situation, so as not to cause more media outlets to suspend their operations, as it will create problems and confusion when the officials say they are unaware.

In other news, Kandahar’s provincial Repatriation and Refugee Director Dost Mohammad Nayab reported that 27,000 families were displaced due to violence, over the past seven months. Nayab added that 16,000 families have shifted in Kandahar city, and that the directorate plans to provide assistance to about 10,000 families. Meanwhile, head of the Mirwais Regional Hospital Daud Farhad said that the hospital received 491 wounded individuals from the city and other districts, over the past month, 102 of whom, including civilians, succumbed to their injuries and some were discharged.

Even as per the Pajhwok Afghan News agency, as many as eighty-one civilians were killed last week in Afghanistan despite ongoing international efforts to bring peace to the country. It reported that last week, 30 civilians were killed and 51 others were injured due to 17 attacks in 11 provinces. Kandahar, Baghlan, Faryab, Khost, Jawzjan, Paktika, Kapisa, Kabul, Logar and Takhar among the attacked provinces.

Also, as the war spread across the country, several districts in Bamyan province fell to the Taliban and a number of residents of the provincial capital fled their homes. Residents of Bamyan said that a large number of families have moved to Kabul as Taliban attacks have increased on the province’s border. Residents of Bamyan said that many of these families have fled their homes in Zargaran, Pitab Laghman, Sar-e-Asyab, Sayedabad and other parts of the city center due to fears of possible Taliban attacks on Bamyan.

The Bamyan local government, however, assures that the security situation in the province is not a concern and that people should not make decisions based on rumors. Mawlavi Atiqullah Atiq, Bamyan’s deputy finance and administration chief, told Hashte Subh daily that the clashes in Baghak area of Shibar district in the province was being contained and that there was no particular concern. Mohammad Rahim Aliyar, a representative of the people of Bamyan in the House of Representatives, told Hashte Subh daily that the situation is “not too worrying”. According to Aliyar, propaganda and psychological warfare in the country in favor of the Taliban have also had a negative effect on the morale of the people in Bamyan. The member of the House of Representatives called on the people to fight psychological warfare and work with the security forces to defend Bamyan.

In fact, considering the security situation in the country, the Ministry of Refugees and Repatriations is concerned about the return of Afghan migrants and does not consider the current situation in the country conducive for the forced return of Afghan migrants until the security situation improves. The leadership of the Ministry of Refugees and Repatriations has repeatedly expressed its strong reservations with host countries and international agencies in this regard.

Therefore, as a result of these efforts and after the consultation with the Ministry of Foreign Affairs and the Office of the National Security Council, the Ministry of Refugees and Repatriations has stopped the forced return of Afghan migrants from the EU and other European countries for the next three months. The Afghan government has officially informed the host countries to stop the deportation from July 8, 2021, onwards. The Government of Afghanistan took this action in relation to the Joint Declaration between Afghanistan and the European Union on Cooperation in the Field of Migration (JDMC), the Joint Declaration with Germany on Cooperation in the Field of Migration, and the bilateral and trilateral Memoranda of Understanding (MoUs) with Sweden, Norway, Finland, and France as well as Denmark, the United Kingdom, Switzerland, and the Netherlands.

Additionally, the Ministry of Refugees and Repatriations considers forced return as inappropriate in light of the increasing number of internally displaced people and due to aforementioned deteriorating security situation, which led to a new wave of migration abroad.

Also, the Human Rights Watch expressed concern about retaliatory killings, amid an increase in violence in Afghanistan. Associate Asia Director for Human Rights Patricia Gossman told Radio Azadi that retaliatory killings, abuse and forced evacuation have had long history in Afghanistan, and the Taliban have committed such acts when they previously captured areas. Gossman added that other militia forces, who have recaptured the areas from the Taliban, have committed same acts and punished civilians, and she warned that the cycle of violence and retaliatory actions are dangerous and has led to collective atrocities in some cases.

Gossman urged the international community to remain vigilant as districts are changing hands. Deputy spokesman for the Ministry of Defense Fawad Aman told Radio Azadi that people have mobilized and picked up arms in support of the ANDSF and against the Taliban, as they hate the group and oppose the revival of Taliban regime in Afghanistan. Therefore, their objective is to protect the people, support the ANDSF, and eliminate the Taliban. Meanwhile, President Ghani’s Senior Advisor and Director General of Office of Public and Strategic Affairs, Waheed Omar, stated that Taliban controls burnt districts and destroyed school through threat and intimidation, which is tactical but strategic failure. Omar added that the past two months proved that the Taliban don’t have a long life on this land, and will be eliminated from every corner of this country.