Javed added that the Taliban attack in the Shirdagh and Kharzar areas had met with resistance from security forces and that more than 40 Taliban fighters had been killed in clashes between the two sides. According to him, security and defense forces in the district are fighting the Taliban with high morale and need help from the center and air support to suppress the Taliban.

Meanwhile, Amil Khan Momand, press officer of the 203rd Thunder Corps, told Etilaat roz that the 3rd Brigade of the Corps will soon provide troops and equipment to Malistan district. He also stressed that the defense forces in the district are currently stationed in their strongholds with high morale. 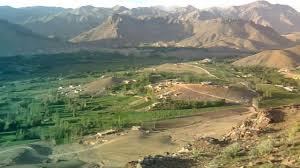 Also, spokesman for Nangarhar’s provincial governor, Attaullah Khogyani, told Etilaat roz daily that Kuz Kunar district governor Moallem Akbar’s vehicle hit a roadside improvised explosive device (IED) at about 9:00am on Sunday, slightly wounding the governor. Khogyani added that the explosion occurred while Akbar was on his way to the office. No group has yet claimed responsibility for the attack.

However, Defense Ministry officials denied the Taliban claim that they targeted two army helicopters in Kunduz province. Fawad Aman, deputy spokesman for the Ministry of Defense, said in a tweet on Sunday that the Taliban claimed that a rocket attack on Kunduz airport had damaged military choppers. “Do not believe the lies and poisonous propaganda of the terrorists,” he added. Earlier, Taliban spokesman Zabihullah Mujahid claimed that two US-backed Afghan Army black Hawk helicopters had been destroyed in Kunduz province on Saturday night.

On the other hand, Iran’s police spokesman Mehdi Hajian announced that the country has returned Afghan border guards and customs officials to their country, who took refuge in Iran after the Taliban forces attacked the Islam Qala border crossing on Thursday. Hajian added that Afghans were accommodated by Iran for a few days but according to the official request of the Afghan government and based on the decision of the Iranian officials, they were returned by a flight to their country.

In other news, the Attorney General’s Office has announced that the duties of five prosecutors from the Anti-Corruption Prosecutor’s Office have been suspended on charges of committing “official crimes.” A statement from the Attorney General’s Office released on Sunday states that the prosecutors have been charged with “official crimes” in the case private company Ariana Telikam. No further details were provided about the case. According to the statement, the duties of these prosecutors were suspended at the meeting of the Supreme Fiction High Council last Thursday after the presentation of the report of the Audit Prosecutor’s Office. The Attorney General added that the Director General of the Judicial Center for Combating Serious Crimes of Corruption has been tasked with launching an investigation into the accused.