Tehran initiative for Afghan peace talks dates back to the visit of the then Afghanistan National Security Advisor Hanif Atmar to Iran five years ago. Atmar who is now the foreign minister of Afghanistan met with Secretary of Iran’s Supreme National Security Council (SNSC) Ali Shamkhani and Mohammad Javad Zarif and expressed his country’s interest in Iran playing role for peace talks with Taliban.

After Atmar’s trip, Tehran tried to encourage Taliban to negotiate with Afghan government which resulted in Taliban agreeing to start negotiations with Afghan government. The issue was raised by Shamkhani during his meeting with his new Afghan counterpart Hamdullah Mohib in Kabul. Afghan officials welcomed Shamkhani and vowed to give their official response to Tehran initiative.

While the US was trying to justify its military failure by managing Doha peace process, Moscow format (1 + 3 process), and the UN 2+6 initiative emerged. “Russian initiative lacked content and idea and just focused on the structure. It has only verified what was decided in Doha. Recently, the UN Secretary General tried to revive his initiative to define a new role for the UN in the Afghan peace process, but due to the lack of US and Russia support for the UN role in the peace process, he failed,” wrote Mousavi.

Istanbul initiative was the last attempt to establish peace in Afghanistan but since it was similar to that of Doha, it met the same fate.

Tehran Initiative believes that peace belongs to Afghan people and that intra-Afghan talks is the only way for maintaining peace in Afghanistan. The following topics were highlighted in Tehran initiative statement – war is not the solution and Afghanistan issues should be solved through political channel; Negotiations were explicit and clear and included all topics; Deciding to continue talks after consulting with higher levels on how to move from war to peace, the mechanism for establishing a new political system and accepting the Tehran meeting as a new process to reinforce peace, as per Mousavi.

Focusing on the aforementioned principles and comparing them with content of the previous initiatives indicate that Tehran meeting was the first real meeting of representatives of people and ethnic groups who determine the future of Afghanistan, he added.

On the other hand, a spokesperson for Taliban Suhail Shaheen has said that Pakistan is welcome to help the Taliban arrive at a negotiated settlement in Afghanistan but it “cannot dictate to us or impose its views on us”. Shaheen’s remarks came during an interview with Geo News on Sunday. “They can help us in the peace process, but can’t dictate to us or impose their views and this is against international principles,” he added. 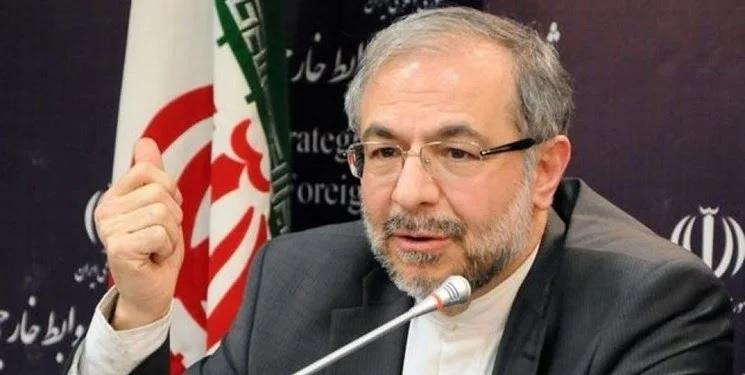 Meanwhile, the Ministry of Refugees and Repatriations reported that 22,416 families have been displaced across various provinces, over the past two months. Media Advisor to the Ministry Abdul Basit Ansari told Hashte Subh daily that the majority of those displaced belong to Kunduz, Baghlan, Helmand, Ghazni, Takhar, and Badakhshan provinces, whilst the Ministry provided food, carpets, and tents to 20,000 families, and called on aid organizations to cooperate with the Ministry, to provide assistance to the displaced families.

Alakbarov pointed to the change in the UNAMA policy in the field of development of plans, and policy of institutions, and added that project designing and program development will occur in locally and zone-based. Alakbarov assured that the activities of international organizations will continue on a larger scale in the province. Qane explained the situation, and welcomed the continued presence and increase in assistance and cooperation of international organizations, and added that necessities for IDPs, drought and war victims have increased and hoped that cooperation of the organizations will eliminate the problems.

Qane said that support and cooperation of the people with the local government and ANDSF in the province is valuable and promising. It’s the first time that a high-level UNAMA delegation visits Herat province.

Meanwhile, International Federation of Journalists said that as per Afghanistan Independent Journalists’ Association (AIJA), the Taliban threatened at least eight media outlets during an attack. The IFJ said, “The Taliban’s assault on Qala-e-Naw left media displaced, leaving them vulnerable to further attacks. The IFJ calls on the Taliban to respect the media’s role in protecting independent journalism and allow a peaceful transition in the region as the United States withdraws troops.”

On the other hand, in accordance with the provisions of international humanitarian law, the parties to an armed conflict are required to treat the dead bodies of armed conflict with respect, said the ICRC. “The respect is not only for preserving the dignity of the dead, but also for their families and communities, and the families have the right to know about the fate and whereabouts of their loved ones and mourn for them. The focus of the corpse transfer program is on providing respect for the corpses and helping the parties to the armed conflict to fulfill their responsibilities to the victims and their families,” it stated.