Kabul: Deputy Spokesman for the Ministry of Defense (MoD) Fawad Aman claimed that dozens of foreign nationals among the Taliban were killed in Ghazni, Takhar, and Badakhshan provinces, over the past two days.

Aman added that four among the 16 Taliban insurgents, who were killed in Ghazni on Sunday, were Pakistani nationals, whilst thousands of foreign fighters are fighting the ANDSF alongside the Taliban in Kandahar, Helmand, Takhar, Badakhshan, and Ghazni provinces.

Aman told Hashte Subh daily that Pakistani, Uzbek, Tajik, and Chechen nationals are among the Taliban, and documents, ID cards are obtained after their deaths.

Also, the Taliban conducted attacks against the ANDSF and people’s forces in Taloqan, Takhar’s provincial capital, from two directions on Sunday night, and the attacks were repulsed. As a result of counterattacks by the ANDSF and people’s forces in support of airstrike, 14 Taliban fighters, including foreign nationals, were killed and 15 others were wounded. A number of weapons and ammunition were also destroyed during clashes, said the 217th Pamir Corps.

In other news, NDS Special Forces conducted an operation in Shinwar district, and arrested a Taliban member with four IEDs and three mobile phones. The suspect will be referred to legal agencies, after the completion of legal procedures. Also, NDS Special Forces conducted an operation in Jalalabad city, Nangarhar province, and arrested a smuggler with 45 pistols on a corolla vehicle, as per the Nangarhar Governor’s Office. 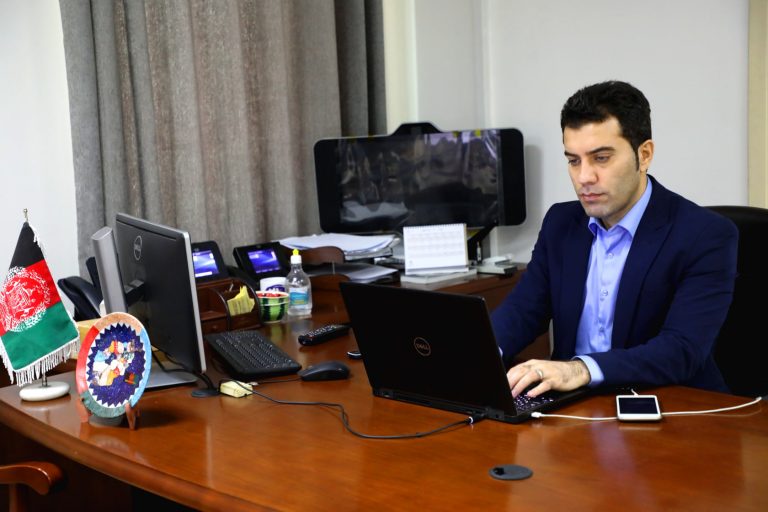 Meanwhile, ANP arrested three individuals with a pistol in connection with assassination of an ANDSF member in Charikar, Parwan province, on Sunday. The arrested are Taliban members and have been involved in targeted assassinations in the province, said the MoI. Also, a roadside IED detonation in PD2 of Gardez city, Paktia province at 09:30am, killed a counter-crime member of the provincial police headquarters, local officials reported. In fact, three civilians were killed and six more were wounded in a roadside bomb blast in the southern province of Helmand on Monday morning, security sources said. The incident happened at around 8am local time when a civilian vehicle struck by a roadside mine in Bolan area Lashkargah city’s District 3, sources said.

Meanwhile, the media office of Malistan district of Ghazni province has announced that Taliban fighters have attacked the center of the district from several directions and the security forces of this district need immediate help to repel the Taliban attacks. A statement from the Malistan District Media Office, released on Monday, said that the district security and defense forces had been fighting the “enemy” empty-handed for several days.

The statement said that despite repeated requests, no assistance had been provided by the central government and that a “dangerous catastrophe” would occur in the district if the security forces in Malistan district were not assisted as soon as possible. Meanwhile, Aref Bahonar, Jaghori district governor, said the Taliban had advanced in parts of Malistan district on Sunday night, but there were plans to crack down on the group. He stressed that the situation will soon change in favor of the security forces and there are no concerns. Taliban attacks on parts of Malistan district of Ghazni province started two nights ago.

On Sunday, Malistan district governor Amir Mohammad Javed told Etilaat roz that the Taliban attack in the Shirdagh and Kharzar areas of the district had met with resistance from security forces, and that more than 40 Taliban fighters had been killed in clashes between the two sides.