They exchanged views about the current situation, and emphasized on a unified stance, strong political consensus in support of the ANDSF, the republic system, and lasting peace and stability, said the Presidential Palace in a statement.

The Qatar Deputy Prime Minister and Minister of Foreign Affairs Sheikh Mohammed bin Abdulrahman al-Thani also on Sunday met with the visiting UN Secretary-General’s Personal Envoy on Afghanistan and Regional Issues Jean Arnault. During the meeting, they reviewed Qatar’s mediation efforts to achieve stability in light of the current developments, and its commitment to encouraging dialogue between Afghans and working to facilitate peace talks until a just, comprehensive and lasting political settlement is reached in the country.

Also, Foreign Minister Mohammad Hanif Atmar met separately with Norwegian and US Charge d’Affairs. Norwegian diplomat spoke about the continuation of his country’s support and cooperation within the new chapter of cooperation, and assured Atmar of particularly supporting the preservation of past achievements and the success of peace process. Norwegian Charge d’Affaires submitted a written statement of his country’s Foreign Minister to Atmar, on the presence and the continuation of activity of Norway’s military hospital at the Hamid Karzai International Airport (HKIA), and called for legal facilities to enable the hospital continue its operation in Afghanistan.

Atmar appreciated Norway’s support and cooperation with Afghanistan over the past two decades, and emphasized on the importance of Norway’s cooperation in preserving joint achievements. Atmar pointed to the security agreement between Afghanistan and NATO and ensured of Afghan government’s commitment to providing necessary legal facilities for the continuation of international community’s cooperation, particularly Norway in the new phase of cooperation. 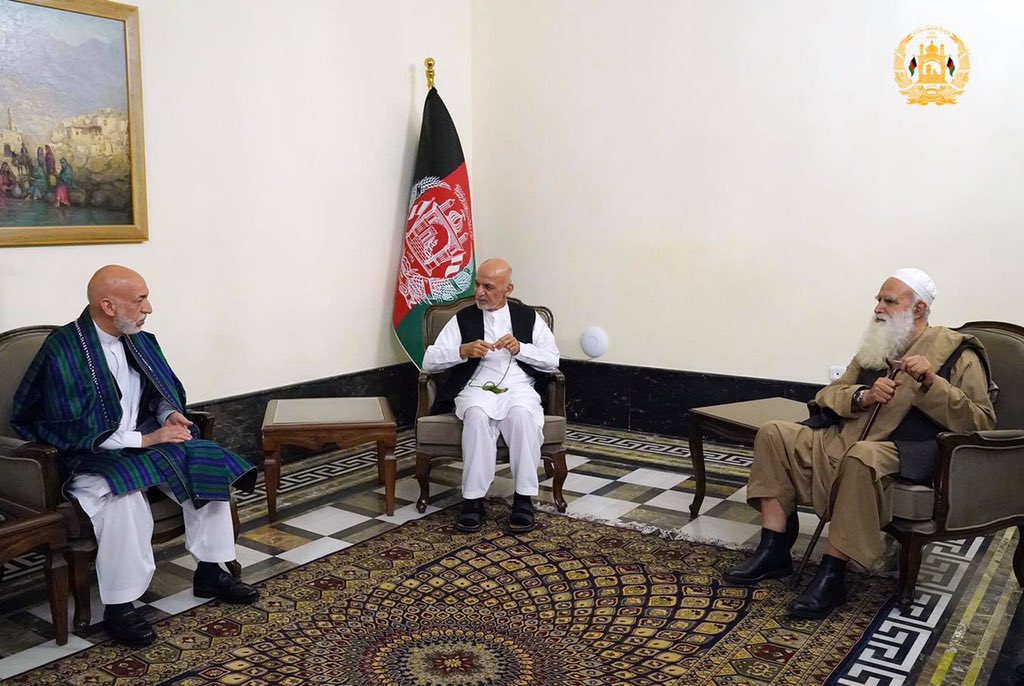 During the meeting with US Charge d’Affaires Ross Wilson, Atmar referred to the recent travel by high-level Afghan delegation to the US, and appreciated Washington’s continued support and cooperation after the withdrawal of foreign forces. Atmar spoke about the latest developments in the peace process, political situation, and security issues, and emphasized on the importance of U.S.’s support to strengthen regional consensus for the success of peace process. Atmar stressed on the need for continued bilateral consultations and strengthening political dialogue. Wilson assured Atmar of his country’s commitment to continuing its support for the preservation and strengthening of past achievements.

Meanwhile, a security source at the Ghazni Police Command said that the PD6 and the third mission of PD1 of Ghazni City have fallen to Taliban fighters. The source, who did not want to be named, told Etilaat roz daily that the they were captured by Taliban on Sunday evening.

He added that the forces stationed at these police stations had retreated under the command of Ghazni police. Latifa Akbari, a member of the Ghazni Provincial Council, also confirmed that the area had fallen to Taliban fighters. On the other hand, the security source said that during the clashes in this Taliban attack, the Taliban, security and defense forces and civilians were also killed, but the number has not been determined yet.

Ghazni is one of the most insecure provinces in the southeast of the country, where Taliban fighters are active. The group has recently intensified its attacks in the province, including the city of Ghazni and the safe districts of Malistan, Jaghori and Nawur.

On the other hand, the Ministry of Interior (MoI) reported the arrest of three individuals from Qarabagh district of Kabul, and one from Mohammad Agha district of Logar, in connection with the Taliban. The MoI stated that the individuals were arrested along with a pistol and some ammunition during two separate operations conducted by Special Police Unit forces.

Also, local officials in Sar-e-Pul province said that three districts and the provincial capital have been cleared of Taliban insurgents. Abdul Haq Shafaq, the governor of Sar-e-Pul, told the Subhe Kabul that two weeks ago, a large-scale operation was launched against Taliban fighters in the province. According to him, a security belt was created for the capital of Sar-e-Pul province a few days ago, after which Taliban fighters could no longer advance towards the center.

Shafaq added, “In Balkhab district, the Taliban attacked from several directions for four days and sometimes made progress; but they failed to capture the district center and were eventually besieged at one point in the village of Hoosh.” He said that more than 50 Taliban fighters have been killed, 30 wounded and 17 others detained as a result of airstrikes and ground operations in Balkhab district and central Sar-e-Pul. The governor of Sar-e-Pul said that finally, after midnight on Sunday, Taliban fighters fled from all parts of Balkhab district and the displaced returned to their homes. Shafaq said that the defense and security forces will no longer allow insecurity to spread in Sar-e-Pul province.