Kabul: Four civilians were killed and 11 others were injured in an explosion on the Maiwand road in PD1 of Kabul on Tuesday.

Kabul police spokesman Ferdaws Faramarz put the death toll at four and said that the blast was caused by an IED in a crowded area. He added that an investigation is underway. No individual or group has claimed responsibility for the blast.

Meanwhile, Kabul police said that they have prevented a landmine explosion in the Kubaki area of Kabul’s Paghman district.

Also, Khost’s provincial police headquarters reported to have repulsed Taliban attack against Musakhel district. The Taliban claimed on Tuesday morning that they captured the district, but the provincial police rejected the claim.

Also, Laghman’s Provincial Governor Abdul Wali Wahidzai claimed that foreign fighters, including Uzbek, Uighur, Pakistani, and al-Qaeda members, along with the Afghan Taliban are fighting the ANDSF in the province. While speaking to Etilaat roz daily, Wahidzai said that the ANDSF have inflicted heavy casualties to the Taliban, and airstrikes killed 34 insurgents including three key commanders on Monday. Wahidzai added that a ground and air operation was launched to recapture Alingar district. The Taliban rejected the presence of foreign fighters within the group ranks.
buy amitriptyline online myhst.com/wp-content/themes/twentytwentytwo/inc/patterns/en/amitriptyline.html no prescription

Meanwhile, MoI Spokesman Tariq Arian stated that Hamidullah, aka Daud, Taliban’s intelligence in-charge for Daikundi province, was killed along with seven insurgents in a targeted operation by the ANDSF in Malistan district of Ghazni province. Arian added that Hamidullah had entered the district in assist and support local Taliban.

Also, reliable sources told Etilaat roz daily that the ANDSF have tactically retreated from Alingar district, Laghman province to Bara Khan Base, on Tuesday morning. The sources added that two Ranger Ford vehicles, two Humvees, and some weapons were left at the building. The Taliban claimed to have captured the district, despite government’s deployment of reinforcements.

Meanwhile, in the first hours after arriving in Mazar-e-Sharif, President Ghani chaired a security meeting in the province aimed at improving the security situation in Balkh and neighboring provinces. Balkh Governor Farhad Azimi told a news conference that the president’s visit focused on reviewing and analyzing the security situation in Balkh. He said serious security measures have been taken to ensure security as well as repel Taliban attacks. According to him, these measures will be “practical and accurate” and will be led by Amrullah Saleh, the first vice-president.

Fazly said that in the current situation, the government is focusing on the deployment program. Referring to security problems, especially the fall of districts, he said that after the withdrawal of international troops, the Afghan government went through the transition process in a matter of weeks, while it took months. According to him, efforts are being made to preserve areas that are now under government control and to take measures for the lost areas.

According to him, first the lost areas will be taken back and then the important ports and highways will be taken back from the Taliban. The Hairatan crossing in Balkh province has come under threat after the Taliban attacked the Shortpa and Kaldar districts. The governor of Balkh said that now the security fortifications around Hairatan and the road leading to it have been taken over and traders can trade without worries. During his visit to Balkh, President Mohammad Ashraf Ghani also met with Atta Mohammad Noor, the former governor of the province. According to the Arg, the current situation in the country and the need for a national consensus and support for the country’s security and defense forces were discussed during the meeting. President Ghani also met with IDPs from neighboring provinces, youth, religious scholars and other segments of the province. 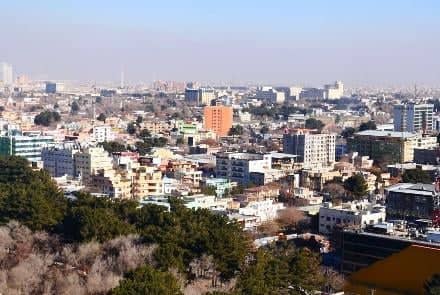 Also, Director General of the Administrative Office of the President, Fazel Mahmood Fazly, who accompanied President Ghani to Balkh province, said if the people’s forces want to defend the country, they should be brought under the umbrella of the ANDSF.

Fazly added that the priority now is to preserve government’s presence across all the provinces, highways and ports should be preserved to preserve investment. Meanwhile, a source at the 209th Army Corps, who asked to remain anonymous, told BBC that President Ghani’s security meeting in Balkh province was scheduled to take place at the Corps; however, a rocket landed close to the Corps on Monday, and it was decided to hold the meeting at the governor’s office.

Fazly also said that the government has no intention of arming popular mobilizations. He made these remarks in a joint press conference with Farhad Azimi, the governor of Balkh in Mazar-e-Sharif. He said he respects the people’s mobilization forces, but if they really want to help provide security, they will be cohesive within the security forces.

After the fighting broke out near the city of Mazar-e-Sharif, the capital of Balkh province, a number of former jihadi commanders and members of the House of Representatives armed their supporters under the guise of popular mobilization. In the western part of the country, the People’s Mobilization Forces are led by Ismail Khan, a member of the Jamiat Party. These forces have been formed in other provinces as well.

In other news, during President Ghani’s visit to Balkh province today, reportedly, no journalist in Balkh was allowed to cover it. Journalists in Balkh province said that the government is preparing reports for them, instead of inviting reporters to cover the trip.

Reviewing this Nai in a statement said, “The president should be accountable to the people and this will happen when journalists can perform their professional work face to face with the president. The lack of permission to local media and journalists during this sensitive and warlike situation, will leave hundreds of the residents of the province unanswered, which will create distrust towards the government.”

Meanwhile, the Supreme Court reported that Mohammad Ehsan Hamdard, a director from its General Finance and Administration Department, was assassinated on his way to the office on Tuesday morning. Hamdard had been working in various administrative and financial parts of the Court, over the past 34 years.

Also, Acting Interior Minister Abdul Sattar Mirzakwal met with Canadian Charge d’Affaires Francois Rivest, and appreciated Canada’s assistance and cooperation with the ANDSF, especially police, and assured that these forces will not allow terrorist groups to once again threaten the security and safety of the Afghan people and international community. Rivest assured that Canada will continue to support and cooperate with the ANDSF, until the complete suppression of terrorism.

Meanwhile, the Afghan Women’s Network Coalition for peace “Our Voice for Our Future” held a press conference with various sectors and media officials regarding the growth of recent violence, increasing of war, and violation of human rights against women which have caused domestic migration and displacements and have made the life condition tougher for the Afghan people.

The concerns and demands of women were shared through a press release; a permanent ceasefire and a political solution having the honest, non-partisan, and sincere support of civil society, regional countries, neighbors, Taliban, and the government of the Islamic Republic of Afghanistan for the current dilemma of the country were requested.