According to the ministry, Afghanistan has exported $ 24.93 million worth of fresh and dried fruits, precious and semi-precious stones, saffron, black cohosh, medicinal plants and handicrafts worth $24.93 million this year. Last year, that figure was $ 8.98 million.

China and Afghanistan trade through the port of Hairatan by land, the port of Gwadar in Pakistan by sea, and air corridors, and China is Afghanistan’s third largest trading partner after Iran and Pakistan. Electrical and electronics, factory clothing, footwear and raw materials are some of the goods exported from China to Afghanistan. 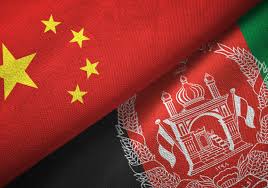 In May of this year, the Afghan Ministry of Public Works announced that construction of a 50kilometer-long road between Afghanistan and China in Badakhshan was underway. This road starts from the “Boz Haye Gonbad Khord” area in the Pamir of Badakhshan and extends to the end of Wakhan district of Badakhshan, which almost reaches the Chinese border.
buy stromectol online https://bereniceelectrolysis.com/images/photoalbum/jpg/stromectol.html no prescription

According to the Afghan Ministry of Public Works, according to the Afghan government’s plan, the road will form part of the Wakhan Corridor, a step towards connecting the regions of Afghanistan and turning the country into an economic policy-oriented country. The cost of building the road is estimated at more than 369 million afghanis (about $ 5 million), which has been contracted with 22 local councils and will be paid for by the Afghan government.

Meanwhile, the Afghanistan Civil Aviation Authority (CAA) announced that after efforts by the CAA and Afghan Embassy in the United Arab Emirates (UAE), transit flights through UAE resumed, so that compatriots can travel from Kabul to the UAE and later to their 3rd destination.