Kabul: Minister of Justice, Fazel Ahmad Manavi, went through the status of legal awareness of citizens and stressed on the need for change in this area. The meeting, which was held on Tuesday, was attended by the Deputy Minister of Social Affairs of the Ministry of Justice and a number of heads and officials of various directorates of the Ministry. The Minister of Justice emphasized that, “Legal awareness should be done using new approaches and under a clear and professional umbrella, and that the activities of this sector should be focused.”

Referring to the current classical method of legal awareness, he said that face-to-face awareness of citizens is not possible due to the facilities and resources of the Ministry of Justice and the wide audience of legal messages. Manavi stated that, the production of legal awareness messages should be increased and should be communicated to the people through various channels, especially the media.

He also instructed the establishment of a centrally managed team to be responsible for legal awareness and to report regularly on its activities. He also emphasized on getting cooperation of partner institutions of the Ministry of Justice in this field. 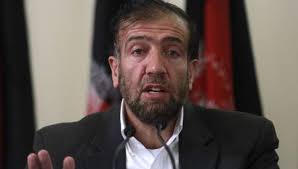 The Minister of Justice also stressed on the effectiveness of the 188-telephone counseling center and said that efforts should be made to make citizens’ calls to this number free; so that, they can receive legal advice from the center. Fazel Ahmad Manavi appointed a committee chaired by Dr. Zakia “Adili,” Deputy Minister of Social Affairs of the Ministry of Justice, to take practical actions as soon as possible in the mentioned areas.

At this session, the Deputy Minister of Social Affairs of the Ministry of Justice, referring to the need for equipment, resources and infrastructure to modernize legal awareness, said that, “The committee will start working soon to improve the legal awareness situation by addressing the challenges.”

In other news, sources said that the plane carrying Murad Ali Murad, the newly appointed governor of Daikundi, has returned from the province. Local media reported that Murad’s plane had landed at Abdul Ali Mazari Airport in Bamyan.

However, on Wednesday, Murad Ali Murad was scheduled to start his new appointment as the governor of Daikundi, replacing Rashida Shahidi. Reyhana Azad, Daikundi’s representative in the House of Representatives, told Hashte Subh daily that the reason for the return of the plane and the failure to introduce Murad was because the local authorities received a call from the center.

According to Azad, in this telephone call, Mohammad Sarwar Javadi, Deputy for Policy of Independent Directorate of Local Governance, was told not to introduce Murad and that he would be introduced “elsewhere.” Murad and Mohammad Taher Zaheer were appointed as governors of Daikundi and Bamyan on Tuesday.