Kabul: Local officials in Badghis province said that the Taliban have declared a ceasefire in the province.

Badghis Governor Hesamuddin Shams said that the ceasefire had been accepted by the Taliban with the mediation of tribal elders. According to him, the ceasefire started at 12:00pm on Thursday.

In the past few weeks, Badghis province has seen intense clashes. A few days ago, Taliban fighters attacked the town of Qala-e-Naw in the provincial capital after capturing Badghis district. Security forces, however, were able to repel a Taliban attack on the provincial capital. Until yesterday, army operations continued around the areas of Badghis.

Meanwhile, the Taliban carried out their offensive attacks on the defense forces, security forces and popular uprisings in the Dahan-e Ab Spingal, along the Fayzabad to Baharak district highway, which met with strong resistance from forces and were repulsed from the area with heavy casualties. As a result, 10 people, including Zabih Tajik, were killed and 13 others were wounded. Also, as a result of the enemy’s offensive attacks, two members of the security forces were killed and four others were wounded.

Also, Taliban launched its offensive on Wednesday night in three strongholds of Sar-e-Pul province, which was repulsed by the strong resistance of the brave defense and security forces. As a result, four of them were killed and seven others were seriously wounded.

Also, Baghlan Governor Mohammad Akbar Barikzai and Laghman Governor Abdul Wali Zahedi briefed the media on the situation of the provinces via separate video conferences on Thursday. Barakzai, who was connected to the government’s information and media center via video conference, described the security situation in Baghlan as “relatively good” compared to recent weeks, adding that the province’s police chief and security chief had just been introduced.

He added that of the total number of districts in Baghlan province, five districts are under the control of the government and in these districts, public services and local government are running normally. Barakzai emphasized that the defense and security forces in Baghlan province have high morale, adding, “People have been mobilized in every corner of the province to support the system and the defense and security forces of the country.”

Laghman Governor Abdul Wali Wahedzai also explained the situation in the province to the media in a video conference and said that there is the necessary coordination between the defense and security institutions and the leadership of the province. He added that a comprehensive plan has been made to strengthen the security belts of the province. According to the governor of Laghman, Alishang district, which has been under siege by the enemy for two months now, was broken as a result of a nine-day operation by the defense and security forces.

As a result of the nine-day operation, several prominent Taliban commanders were killed and the governor of the province was severely wounded. The governor of Laghman stated that the administrative units of Laghman province are active and provide services to the people normally. 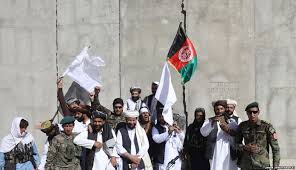 Meanwhile, in Nangarhar, National Directorate of Security (NDS) personnel captured alive a Taliban militant named Raees Khan in Jalalabad who had recently killed two soldiers in two separate incidents near Farm Hada area. He admitted that he had been active in the Taliban for the past seven years and had planted landmines in addition to fighting.
buy azithromycin online http://www.nicaweb.com/images/patterns/new/azithromycin.html no prescription

The National Directorate of Security (NDS) also arrested another Taliban insurgent in the Momandara district of the province. Also, Nangarhar’s security officials reported that an IED attached to the vehicle of head of a private tourist company detonated in Jalalabad’s PD1 at about 02:00pm on Thursday and killed him.

On the other hand, family of Yama Siawash, a journalist and former public relations consultant for the Central Bank (Da Afghanistan Bank), has sent the case file of his assassination to the International Criminal Court and to the UN Rapporteur on Human Rights and Freedom of Expression. Mohammad Davood Siawash, the father of Yama Siawash, has expressed hope that these institutions will investigate the case of his son’s murder and punish the perpetrators.

“Now that the case of the killing of Yama Siawash is on the table of the International Criminal Court and the rapporteur of human rights and freedom of expression, I hope these are the highest international authorities on justice,” he said in a short video clip. Yama Siawash’s family is filing a lawsuit to investigate the murder of their son through a London-based law firm Bedford.

“It is alleged that the assassination of Yama Siawash was part of a targeted attack on members of the media in the ongoing conflict in Afghanistan, which escalated during the presidency of Ashraf Ghani,” the Bedford Legal Institute said in a press release issued on Thursday. The statement also said that the targeted killing of Yama Siawash was, in accordance with accepted standards, a crime against humanity and a war crime. Yama Siawash’s father appealed to the UN Security Council last year for what he called the Afghan government’s lack of attention to Yama Siawash’s case. The letter also stated that President Ashraf Ghani and Central Bank Governor Ajmal Ahmadi did not want to identify and arrest the killer of Yama Siawash for reasons that have not yet been clarified.

Yama Siawash and two other colleagues were killed in a magnetic mine explosion in the Macrorian area of the PD1 of Kabul last year.

In other news, there are reports that Pakistan guards used tear gas on Thursday to disperse hundreds of people who tried to breach a border crossing into Afghanistan, a day after the Taliban seized control of the Afghan side of the frontier, officials said. “This morning a mob of some 400 unruly commuters tried to cross the gate forcefully. They threw stones, which forced us to use tear gas,” said a security official at the southwest Chaman border, who asked not to be named.

“We had to baton charge because people were getting unruly,” said a second border official, who also did not want to be named. Jumadad Khan, a senior government official in Chaman, said the situation was now “under control”. The Taliban captured the strategic border crossing of Spin Boldak district on the frontier with Pakistan on Wednesday.

Meanwhile, Kyrgyzstan will evacuate Kyrgyz refugees who fled from Afghanistan to Tajikistan, the Foreign Ministry of Kyrgyzstan said. The Kyrgyz Foreign Ministry said that the first report about crossing of the border of Tajikistan by ethnic Kyrgyz from Little Pamir of Afghanistan was received from the Embassy of Kyrgyzstan in Kabul on July 12. The Embassy contacted representatives of ethnic Kyrgyz and confirmed Afghanistan’s Kyrgyz indeed headed to Kyzyl-Rabat village of Murgab district of Gorno-Badakhshan Autonomous Region of Tajikistan.

It was reported earlier that 347 refugees, including 91 men, 77 women and 177 minors, all of them are natives of Andemin village, Wakhan district of Badakhshan Province of Afghanistan, fled to Tajikistan escaping from Taliban. The Kyrgyz Ministry of Foreign Affairs informed the Regional Office of the UN Higher Commissioner for Refugees in Central Asia and UNHCR Office in Kyrgyzstan concerning the situation with Afghan Kyrgyz, who were sheltered in Tajikistan, asked UNHCR’s assistance in organization of their evacuation to Kyrgyzstan.

The Kyrgyz Foreign Ministry said the note was sent to the Ministry of Foreign Affairs of Tajikistan with request to provide unimpeded travel of Afghan Kyrgyz until the crossing point into Kyrgyzstan. The respective request was voiced on July 13 by First Deputy Foreign Minister Nuran Niyazaliev on the sidelines of the meeting of the Shanghai Cooperation Organization Foreign Ministers Council in Dushanbe.

The International Organization for Migration (IOM) too said that it has temporarily suspended operations in the Spin Boldak area of Kandahar and Islam Qala in Herat. The organization said in a statement that the rapid escalation of clashes across Afghanistan has had a significant impact on border crossings. “The activities of the International Organization for Migration in Spin Boldak and Islam Qala have been affected by the recent wars and have been temporarily suspended,” the statement said. But the organization has said it is investigating the resumption of activities to provide timely humanitarian assistance to refugees returning to Afghanistan.